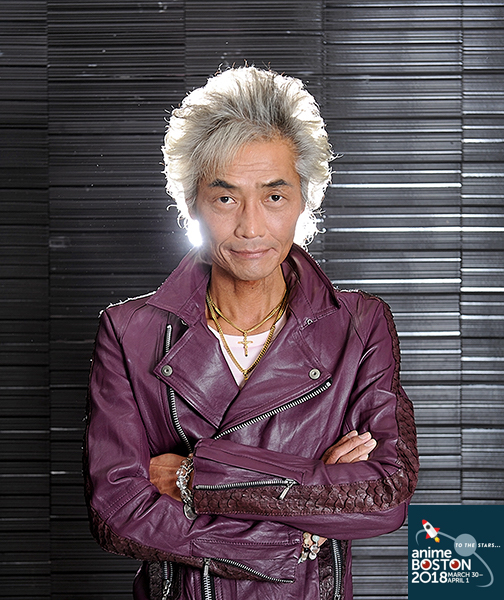 Anime Boston is seeking out the ultimate treasure with a Gundam in tow, with veteran voice actor Kazuki Yao joining the guest ranks for this Spring's convention!

A veteran voice actor for three decades, Kazuki Yao’s lengthy list of credits include Franky and Bon Clay in One Piece, Judau Ashta in Mobile Suit Gundam ZZ, and Koichiro Iketani in Initial D. He’s also had leading roles in such anime as Bastard!!, Berserk: The Golden Age Arc, Gunbuster, Gunslinger Girl, Sgt. Frog, and Tenjho Tenge. He’s also well known in the Super Sentai series world for his roles in Kakuranger, Carranger, Magiranger, Kyoryuger, and Ninninger. This appearance will be Yao's first on the East Coast.

"Since I've only just discovered One Piece, Kazuki Yao has gotten me acting like a fan!" said convention chairman Victor Lee. "As the voice of both Bon Clay and Franky, he gets to play both good and bad. For me, though, it's being the voice of Judau Ashta from Mobile Suit Gundam ZZ that has me excited!"