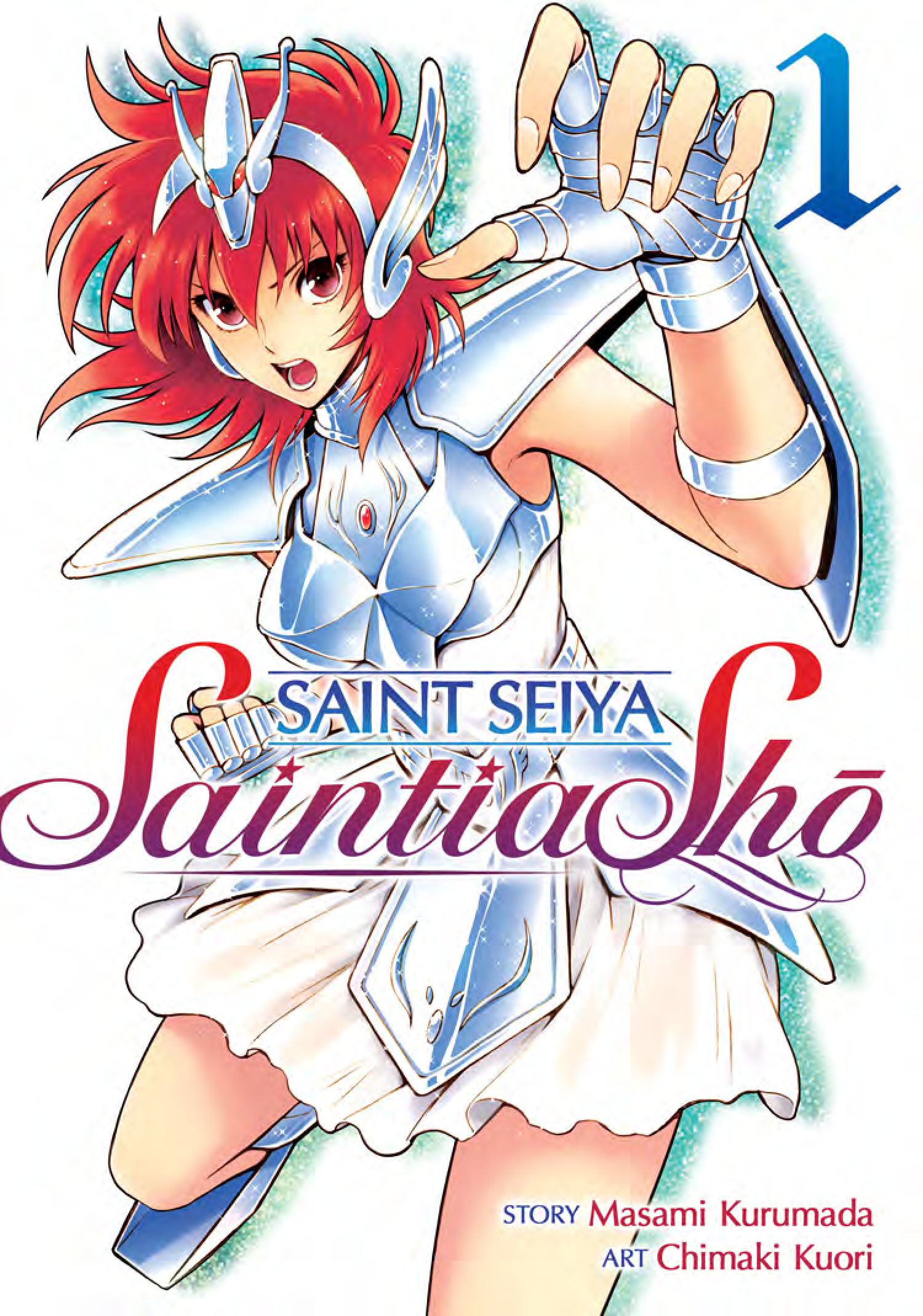 Since 1985, the Saint Seiya series has held onto its popularity in Japan thanks to the plethora of anime adaptations, spin-offs, light novels, musicals, and video games released in its stead. Although the original series had a quick run on Cartoon Network (where it was renamed Knights of the Zodiac), its popularity in the U.S. has had more of an underground following rather than one that's akin to the likes of Sailor Moon or the Dragon Ball franchise. However, the new spin-off series Saint Seiya: Saintia Shō could very well help push this franchise out to a larger American anime fanbase, especially with an anime adaptation due out from Toei Animation sometime next year. Judging by the manga's first volume, it definitely has quite the visual and storytelling hook.

Written and illustrated by Chimaki Kuori (Gundam SEED), Saint Seiya: Saintia Shō takes places immediately after the events of the original series. Following a young high schooler named Shoko, the story has our protagonist worrying about her sister Kyoko, who has been away for five years due to studying overseas. When the mysterious Kido Saori appears (who is being trained by the same people Kyoko is learning under), Shoko attempts to meet with her to find out how her sister is. In a blink of an eye, Shoko finds herself surrounded by evil entities who wish to use her as a human vessel. But before they can commit to the deeds, Kyoko appears in the Saintia garb and rescues her. 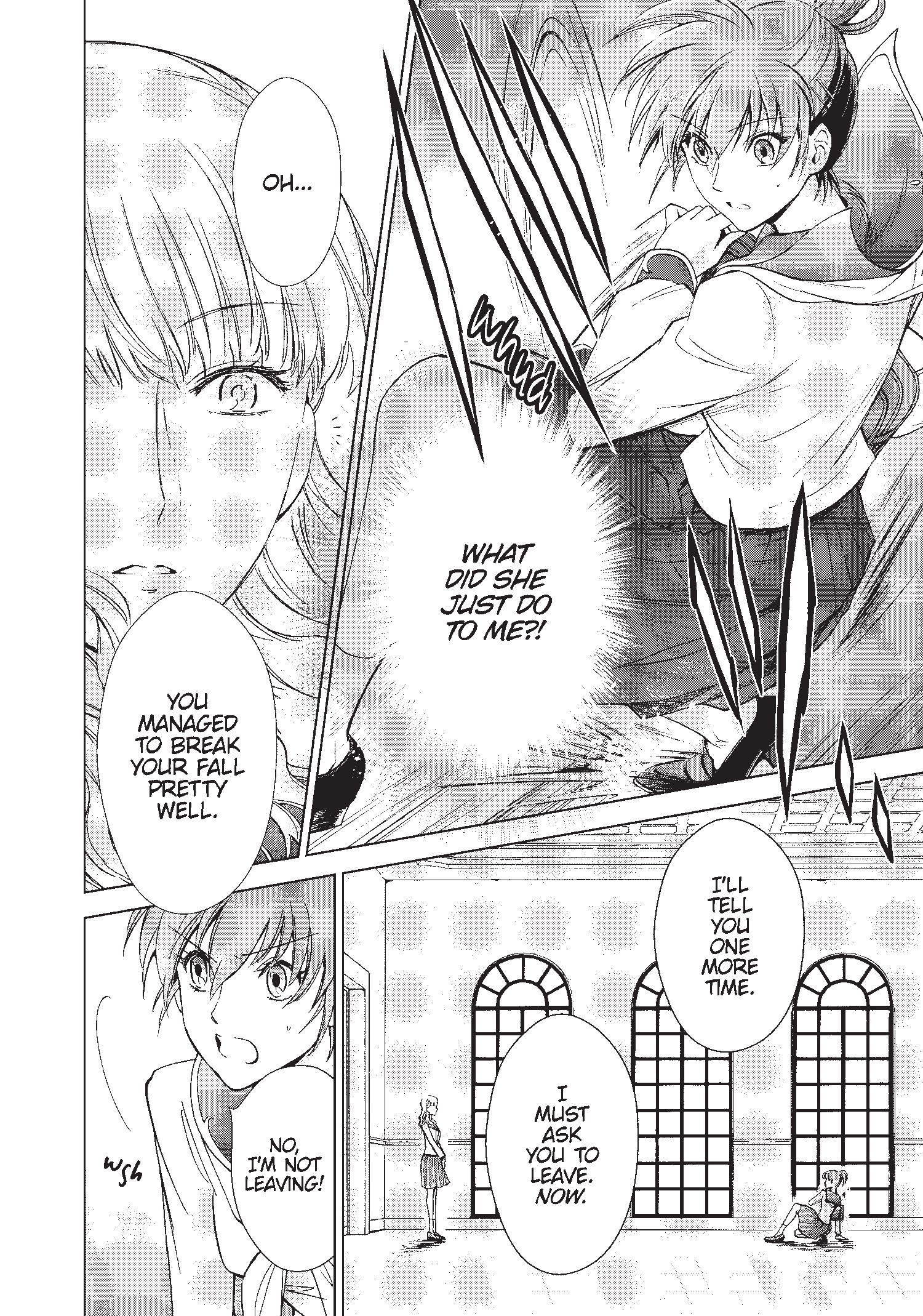 It is here where Shoko discovers the truth behind Kyoko's education, with the tales of Greek gods like Athena and Eris being more truth than myth. With Kido Saori being the vessel for Athena, Kyoko and fellow Saintia Alicia are sworn to protect her from the darkness that often plagues the world. But when Shoko is placed in the middle of a fight, the evils from below start to emerge, with Shoko's recurring dreams involving apples and winged cobras coming to fruition. And the deeper the sisterly bonds are rooted, the more trouble our heroes seem to find themselves in.

Saint Seiya: Saintia Shō has the appearance of a shojo series, but it's got the spark and spirit of a shonen. Drawn beautifully on every page, the characters and the worlds they're surrounded in feel very reminiscent of Chiho Saito's Revolutionary Girl Utena. The emotion presented from Shoko and Kyoko throughout the first volume has a shimmering glow to it that's very much in line with Masami Kurumada's original vision, but with an added CLAMP-like femininity to the overall presentation. However, when the battles begin to be waged, that's when the manga starts to show what it's truly made of. 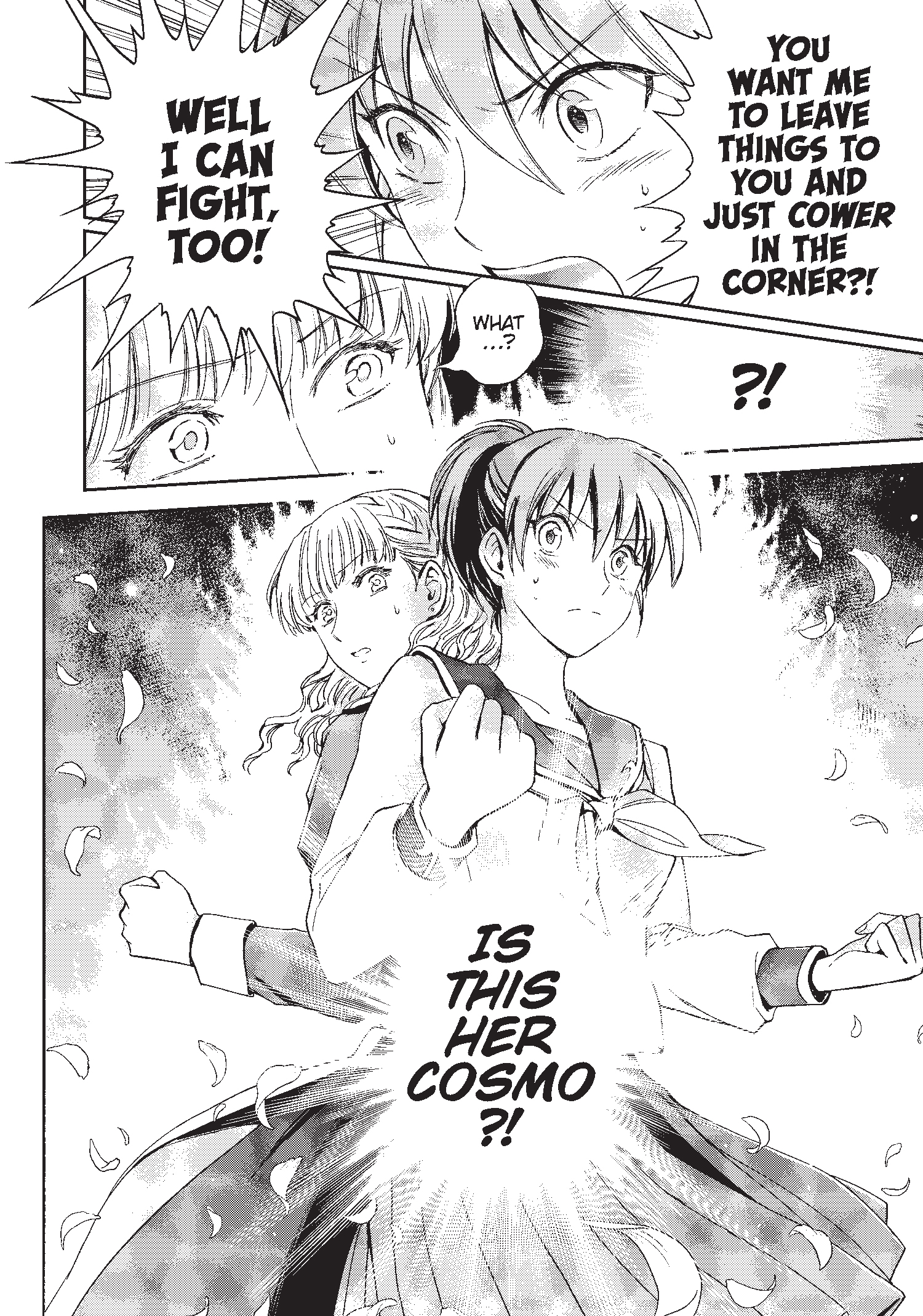 Watching as Kyoko, Alicia, and Kido fight against those who desire malice gives off the same level of epic urgency that the main series constantly delivered throughout its run. There's a certain beauty to behold as the Saintia attempt to protect Shoko, especially when our main hero is itching to throw down alongside them. The sinister vines that spew from the villain Atë's body gives off a visually unnerving sensation as the ones we root for are caught in their destructive path. Even with the most gorgeous of flowers exploding beside the clashing heroes and villains, there's a level of heart-pounding excitement and tension that Kuori delivers on every page.

Story-wise, the first volume of Saint Seiya: Saintia Shō serves as a prelude of sorts to the main attraction. Although the stage is still in the midst of being set for Shoko, you already get the idea that her journey towards becoming a Saintia is going to be a long, harrowing one filled with many limit-pushing situations. And yet, it already presents the high stakes that Shoko must go up against right when this new dangerous world opens up around her. Of course, considering she can already kick loads of tail, it will be satisfying knowing she'll have a few extra surprises up her sleeve once her real training commences. 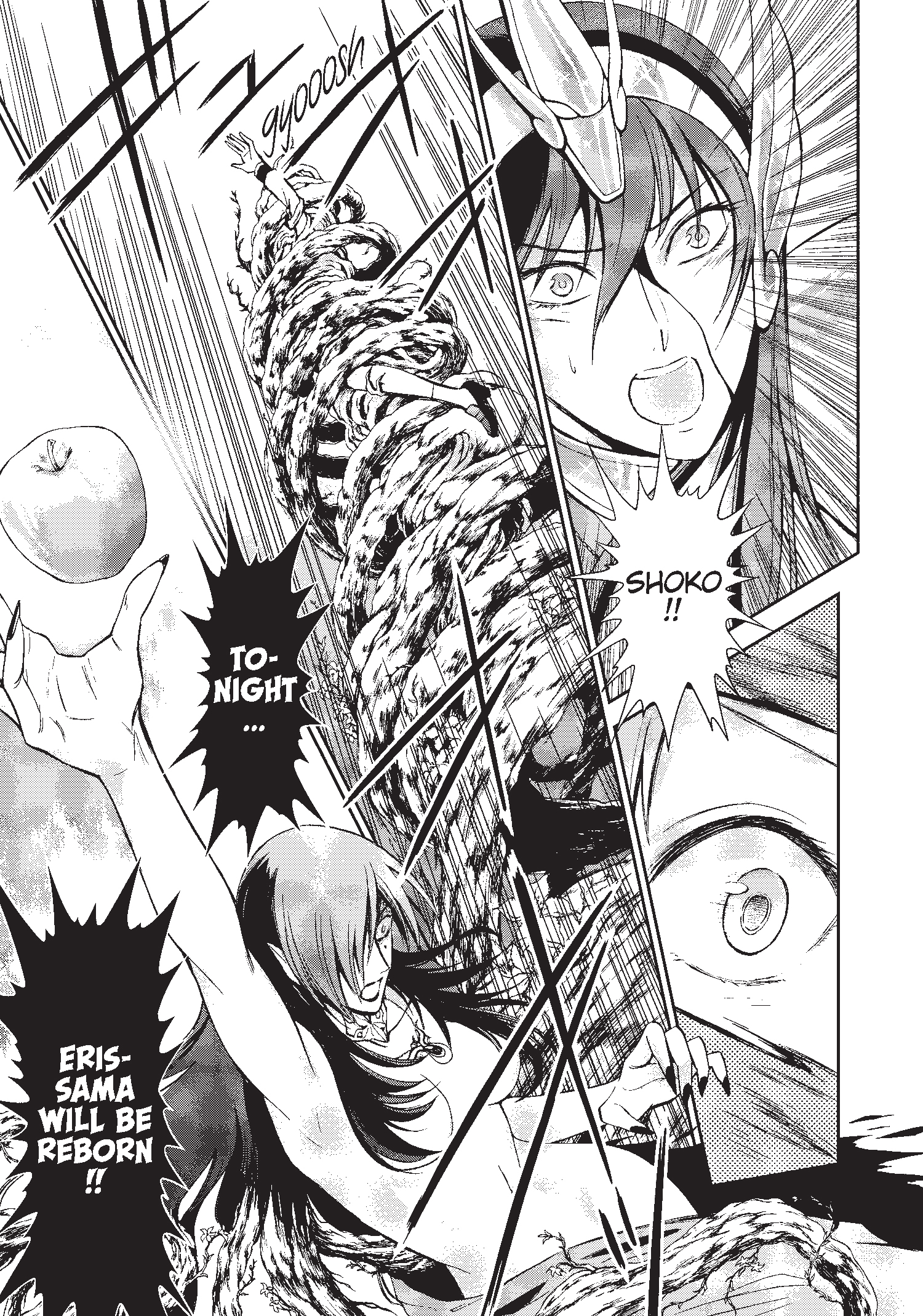 Those who have never read or watched a Saint Seiya series will be pleasantly surprised by how easy it is to dive into Saintia Shō. Thanks to its gorgeous visuals and its means of presenting the original's lore, Kuori's spin-off makes it both easy on the eyes and brain to dive into this Greek-inspired universe. Although Shoko's true journey has barely gotten started, it will be interesting to see how she'll evolve into a fighting goddess in the long run. Here's hoping that Saint Seiya: Saintia Shō continues to ride steadily into its readers sights with as much care and precision this first volume has presented.