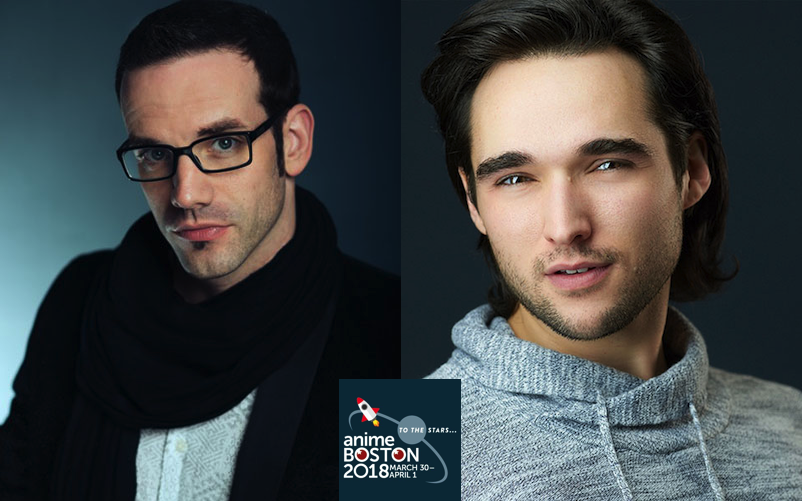 One hell of a butler and anime's most passionate gamer are heading to Anime Boston 2018 this year, with the announcement of guests J. Michael Tatum and Brandon McInnis!

J. Michael Tatum was nurtured on anime classics including Star Blazers, before accidentally landing a dream job as a voice actor in the industry. Since being cast as Rikichi in 2005’s Samurai 7, Tatum’s inexplicable luck has held long enough to see his flag hoisted on a slew of dream roles that make all the fan girls scream. These roles include Kyoya Otori in Ouran High School Host Club, Sebastian Michaelis in Black Butler, France in the Hetalia franchise, Tomoe from Kamisama Kiss, and Okarin Rintarou from Steins;Gate. More Recently, Tatum can be heard in the epic My Hero Academia as Teyna Iida.

Brandon McInnis is a voice, stage, and film actor who has worked as a translator and interpreter in Japan. Credits include Frodo Baggins in The Lord of the Rings Online, Keita Amano in Gamers!, Samon Gokū in NANBAKA, Horatio Kojas in Knight's & Magic, Corteo in 91 Days, Sōnosuke Izayoi in Danganronpa 3, Ryūji in Shōnen Maid, Ken Sudō in Classroom of the Elite, Merlane in Heroic Legend of Arslan, Hideyori Toyotomi in Samurai Warriors, and many more.