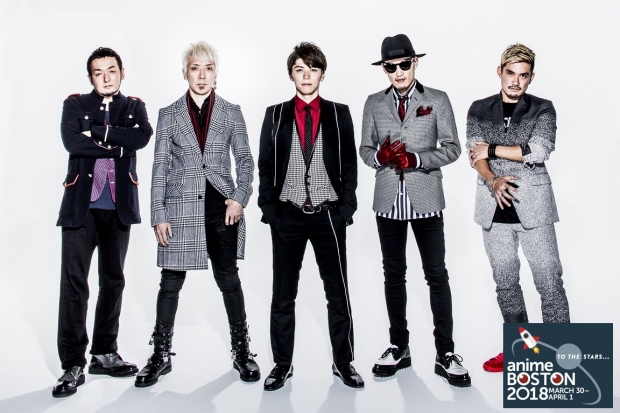 Calling all Fighting Dreamers, Nirvash pilots, and members of the Japan Liberation Front! The guest announcements for Anime Boston 2018 are now underway, with a doozy of a big reveal right out the gate! Japanese rockers FLOW, best known for their contributions to the anime series Naruto, Eureka Seven, and Code Geass, will be coming to New England's biggest anime convention this spring!

Forming in 1998 and releasing their first debut single "Blaster" five years later, FLOW has since conquered the Japanese music scene thanks to their energetic, exciting, and electrifying melodies and live performances. Consisting of vocalists KOHSHI & KEIGO, guitarist TAKE, bassist GOT'S, and drummer IWASAKI, the band has spread its music all across the world, even headlining the famous Nippon Budokan on a few occasions since 2008. With the 15th anniversary of the band's first release looming, FLOW is already deep in preparations to celebrate the milestone, with a new single and an upcoming collaboration with GRANRODEO in the works.

"FLOW is one of the most electrifying bands coming out of Japan today," said Anime Boston's Convention Chairman Victor Lee. "Their blend of hard rock and hip-hop is sure to please at Anime Boston 2018. We are incredibly honored to have the privilege of hosting them at our convention and being able to present them to their fans!"