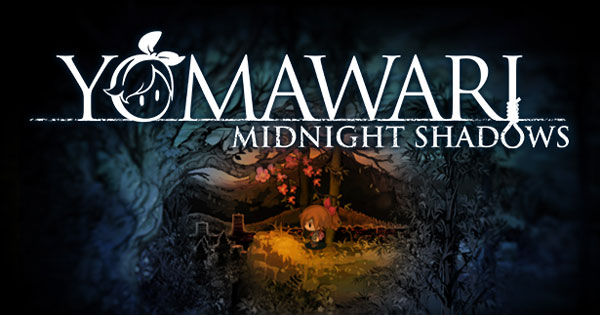 It's been about a year since the original Yomawari hit the Vita and PC. Now its followup Shin Yomawari has finally arrived via the PS4, Vita, and Steam as Yomawari: Midnight Shadows. While the original game still doesn't have a PS4 option out there -- regardless of which platform Midnight Shadows is on -- you are guaranteed a scary good time.

The original Yomawari dealt with you playing as an elementary school girl looking for her dog and her missing sister. In this sequel, you've got much the same deal going on. Its only difference is that the girl in this game is named Haru, who was watching the fireworks show with her friend Yui in order to have one last good memory together before Haru moves away. On their way back, they are attacked and separated by spirits. Now, as Haru, you have to find Yui, with her dog leading the way. 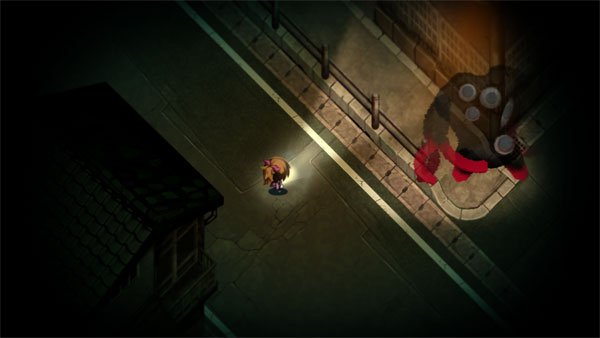 Somewhat unlike the first game, you'll be traveling to buildings that are set up a bit like dungeons, where you'll navigate through them while avoiding malevolent spirits. You'll still be finding resources to save your game or distract enemies to run away from them, but these dungeon-like areas prohibit warping between jizo statues, as they are replaced with payphones. They also have less resources to procure from the various nooks and crannies. Collectibles are still around to find, so you might want to be on the look out. As a result of this shift to dungeon like areas, the game is a bit more linear in where you can go at any one time. (It's better to wait until you clear the game to have free reign to do all the hidden side-quests to fill out your collectibles and associated achievements.)

Midnight Shadows also plays host once again to boss fights, which are puzzle-based and intense. Since these encounters do not have checkpoints in the middle of the match -- and with touching any part of a boss means instant death -- you'll often die multiple times. Beating the bosses means working out their patterns and get a feel for when you should run or, in some cases, stop moving. One issue with the game would be the lack of cross-saving for the PlayStation versions. This should be a standard feature, but it continues to not be available as the platforms continues to die down. However that's not a good excuse for not adding the feature to this game. The other issue would be that you can't skip or fast-forward cut-scenes. Combine the lack of skipping with the fact you'll be doing that one boss fight for the hundredth time, and the task gets more annoying than it should be. 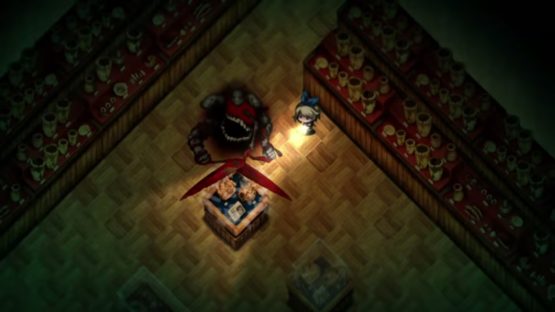 But even with these issues, Yomawari: Midnight Shadows is still a great survival horror experience. The game will hit many more emotionally harder than the last did, since there's another human being that interacts more with Haru before everything goes to hell. It's still mysterious, since the game doesn't bother explaining the reason for all these evil spirits roaming around, or the lack of other people. Still the game doesn't really need to do that, as it's perfectly fine being mysterious. Midnight Shadows is a perfectly good follow up to Night Alone, and whichever platform you play it on, you are sure to have a spooky good time.

The Good: The game will hit you harder emotionally than the previous game.
The Bad: But you'll also be crying harder.
The Ugly: There's no cross saving between the PS4 and Vita versions.

SUMMARY: Yomawari: Midnight Shadows is a great, atmospheric and scary game that proves once again that you don't need excessive dialogue and a big budget to make an engrossing experience.

Eric Kelly is a co-host to the RPGrinders podcast and has a Patreon if you'd like to support him here.