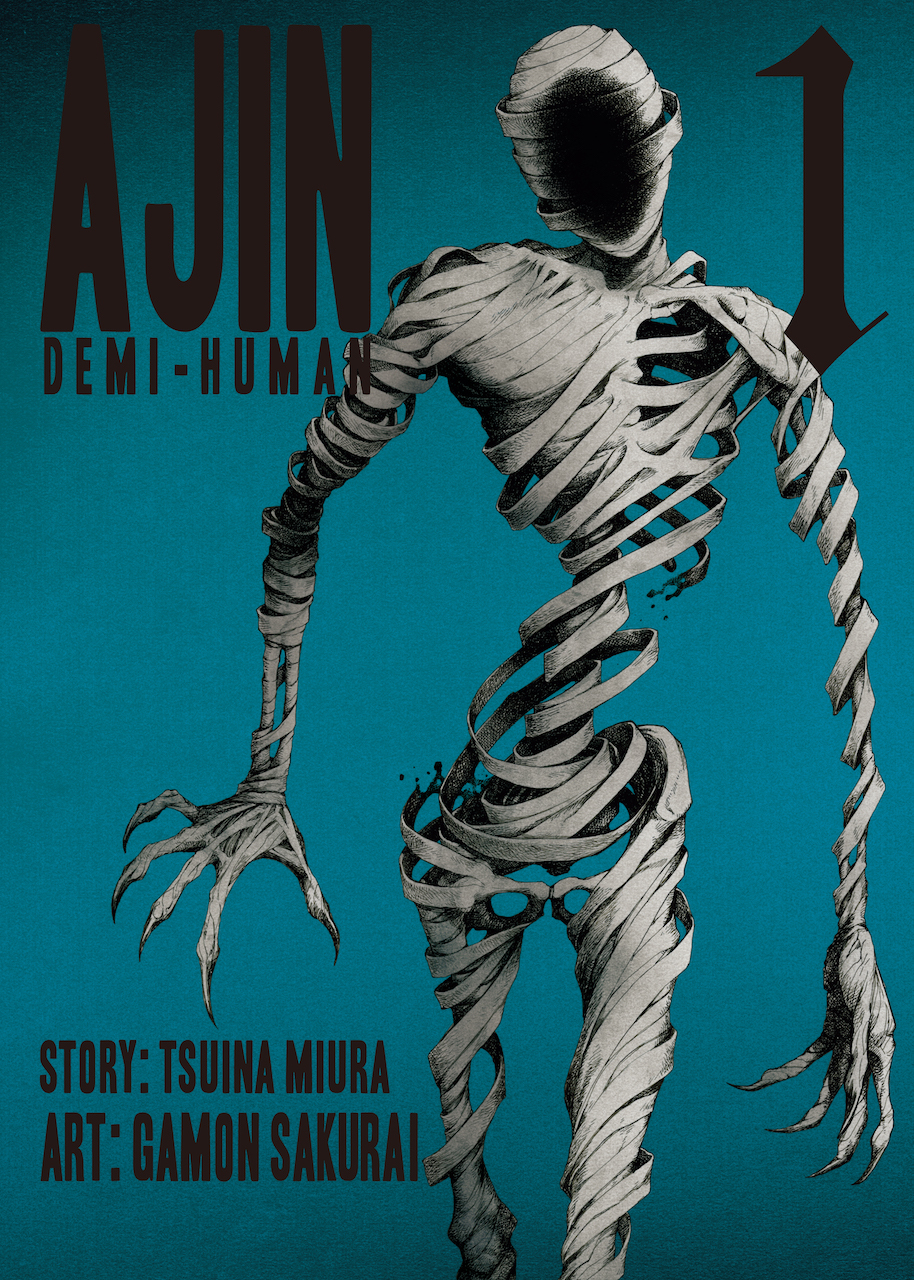 One would think that the awakening of supernatural powers would lead to an ordinary kid becoming a beloved superhero. After all, this is what the world of Marvel, DC Comics, and even manga & anime has showcased for everyone. But what if the opposite happened? How do you think a person would feel when they see that their cool ability strikes fear rather than hope in their society? That's what Tsuina Miura & Gamon Sakurai present for us in their concoction Ajin: Demi-Human.

The first volume acts as most origin tales do, with the simple person becoming out of the ordinary in the blink of an eye. This subject goes by the name Kei Nagai, your average student just wanting an ordinary life. In his realm a small group of people known as demi-humans (no relation to the cutesy ones from Interviews With Monster Girls), who have the ability to not die. Even in the most ridiculous of circumstances, those who are demi-human will bounce back as if nothing really happened. Because of this scientists around the world hunt them down to experiment on them to see how much it'd take to finally give up the ghost. 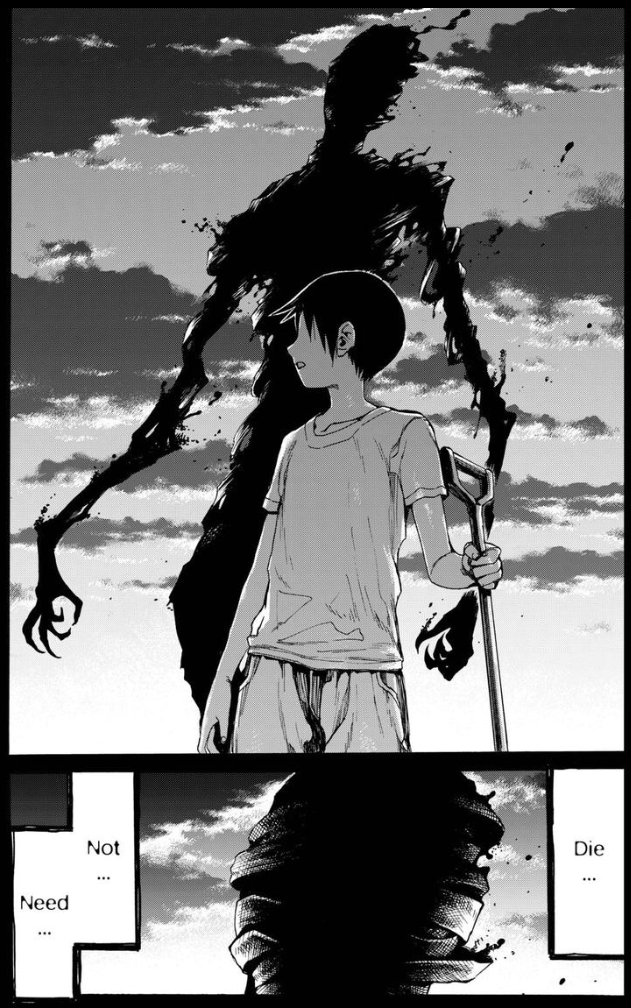 It's when a truck runs down Ken where his true nature is fully revealed, and it's captured with such gut-wrenching detail via Sakurai's artwork. Ken is drenched in his own blood, bones broken, and even his fingernails have been lifted up due to the impact. When he bounces back and reverts to his normal state, that's when the cops, scientists, fellow students, and even his own family turn on him. With nowhere to go, he runs into the woods and calls up Kai, a boy he was once friends with until his mother told him not to play with.

From there the first volume of Ajin dives into a rekindled friendship between Kei & Kai, and while a lot seems to happen within a tiny period it's paced pretty decently thanks to Miura humanizing the situation at hand. The appearance of Tosaki and his partner Izumi plays into the hand of one sort of unknown protagonist/antagonist, especially when the latter reveals herself as being a demi-human herself. Satō and Tanaka, a demi-human duo, seem to want Kei for their own agenda, but it remains to be seen who is a friend, foe, or someone looking to wreak havoc on the norms of society. 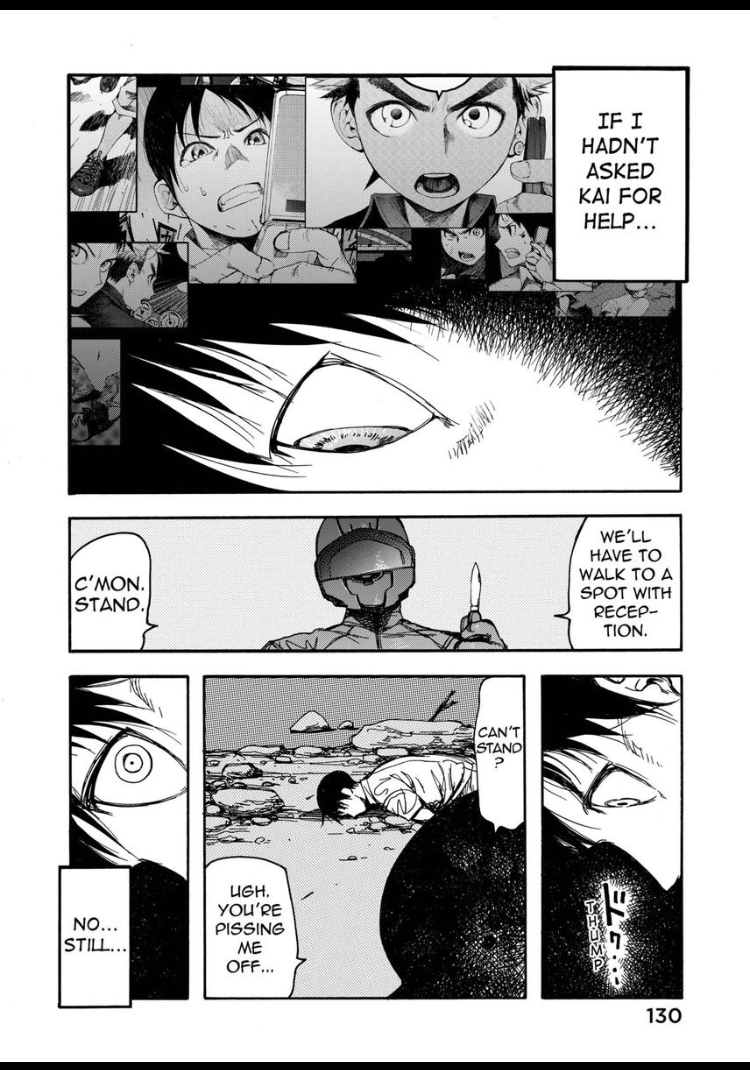 No detail is spared when it comes to seeing the demi-human powers at full throttle. Whether it's simply Kei screaming to paralyze those in his surroundings or watching Izumi battling it out with legit entity of an Ajin, each stab, punch, and gruesome death is presented with a great deal of attention placed into both facial reaction and to the force of the action implemented. (An anime version is currently available to watch on Netflix, which does a pretty good job capturing these details with only a couple questionable CGI effects.)

Sakurai & Miura make it clear right from the get-go that Ajin: Demi-Human is a tale that will push readers to look at their own society and question its way of treating those differently. While there is a case or two of there being too much plot fit into a little timeframe, it doesn't take away from its attention-grabbing action and thought-provoking outlook at humanity in general. Ajin's first volume will easily hook those looking for a series that balances both blood-soaked action and moral choices via fogged out mentalities. 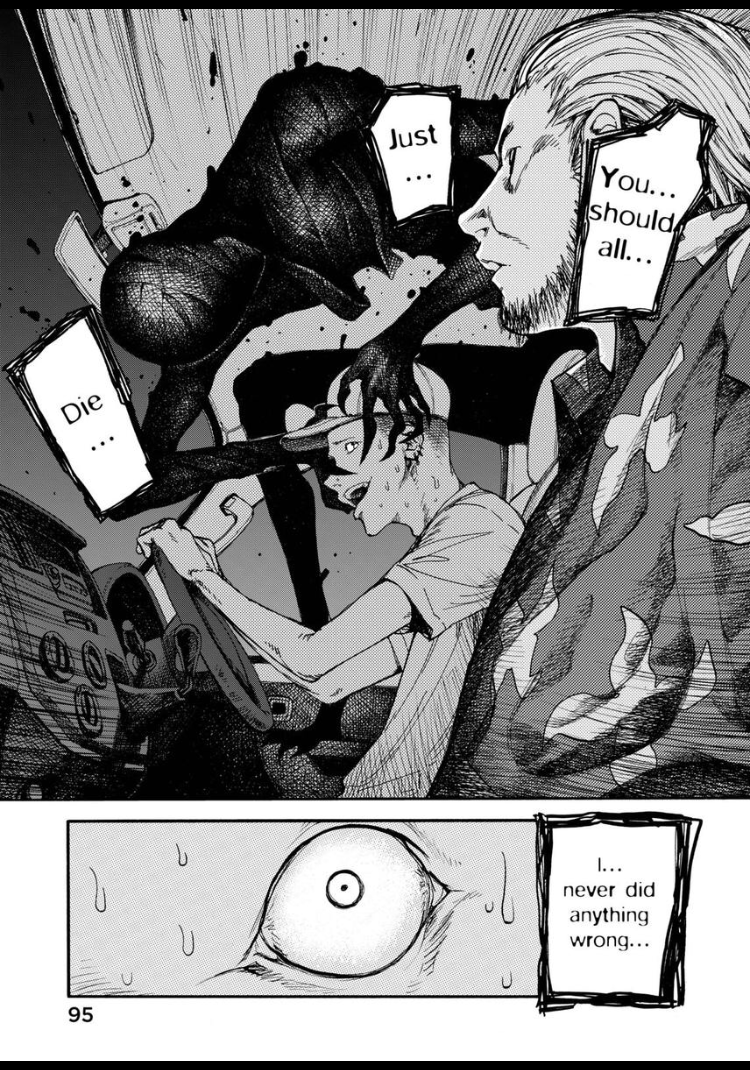 Background Noise: Everything Now by Arcade Fire - The alt-rock rulers from the Great White North continue their trend of trippy and dark nostalgic melodies with their fifth album. Co-produced by Daft Punk's Thomas Bangalter and Pulp bassist Steve Mackey, the record plays with the themes revolving around selling out to corporations while keeping things upbeat in a grim reality with the such tracks as "Peter Pan" and "Signs of Life." (Perhaps Kei Nagai can relate to the sounds of "Creature Comfort" and "We Don't Deserve Love", especially with everything he goes through in Ajin's first volume.)