HomeVideo GamesGAME REVIEW | Killing the Past in "The Silver Case"

GAME REVIEW | Killing the Past in "The Silver Case"

GAME REVIEW | Killing the Past in "The Silver Case"

Suda51 really only became known in the West around the time Killer7 came out, and even more so after the release of No More Heroes. But some of his earlier work was never revisited before...until now, that is. Thanks to Playism Games, Suda51's inaugural title while working at Grasshopper Manufacture has come to the West, and that game is The Silver Case. A remake of the original Playstation title, this remastered version made in Unity has finally given the English-speaking world the chance to enjoy this great visual novel.

The Silver Case is a visual novel done in an interesting comic book-styled presentation that also uses 3D models and FMVs from real-life footage, although sometimes it's animated. This was done by using a system called Film Window, whose logo you'll see after each chapter ends. The game also ends each episode with a TV series style 'To be Continued' message, which also eventually found its way in Killer is Dead. There's also a moon that acts as a reference to Suda51's previous game, Moon Syndrome. 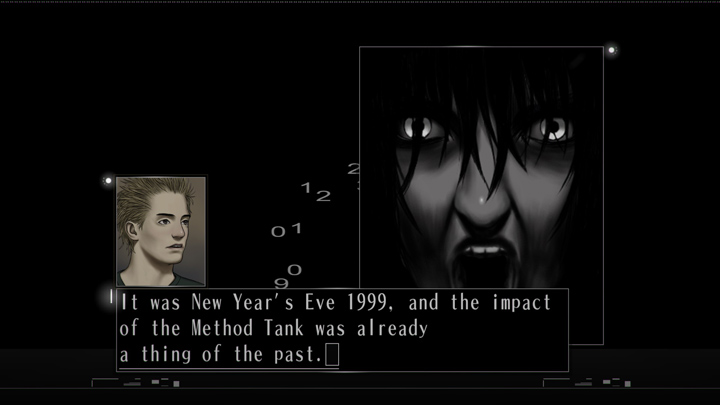 The game's story is about how your otherwise unnamed protagonist is a part of a special ops Military Police team sent to take down a dangerous criminal with the aid of a detective. The job goes well, but your quarry, Kamui, escapes. You give chase, but your entire team gets wiped out, with you and your superior being the only survivors. You get off easy, but your CO is in a coma. After recovering from the shock of the encounter, you decide to join the Heinous Crimes Unit of the 24th Ward.

The rest of the game plays out like an episodic TV show, where each case is only loosely connected by the thread of Kamui. Each chapter's plotline is good enough on its own, and stand as great examples of narrative and dialogue. Even without the aid of voice acting, it's easy to imagine these characters talking in certain voices. Its artwork is also evocative, and you will find yourself wondering if what the protagonist is actually seeing is real or not. There's also a series of sub chapters following a journalist chasing info about Kamui for an article. His stories will help summarize the previous chapter in order to help the reader understand what exactly happened in each chapter. However much like the end of the game, it also becomes a bit enigmatic. 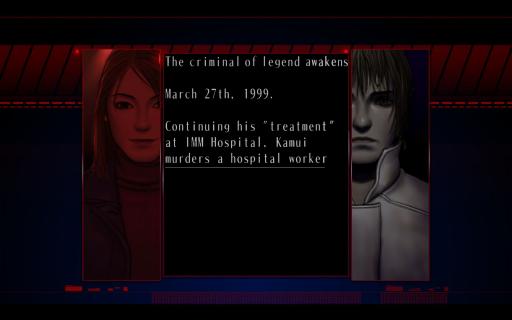 Gameplay sections where you move about and search for clues are strewn about, and the game has a bizarre control scheme for an adventure segment. You have a wheel that you move one of four options around, which you have to select. There's M for movement and C for Contact (which let's you interact with NPC or objects of interests). Option I is for Inventory, but if you find this setup confusing, you can hold the R1 button down and hit a face button instead to switch modes. A quick contact button is also available for Movement mode. Finally, there's S for saving the game, although saving is really only good for if you really need to take a break and are in exploration mode, as the rest of the game is pure visual novel with no ability to save. If you play this game, you better prepare to set aside some time.

That said, The Silver Case is not very long, even with the two new chapters that are exclusive to the PS4 version. These chapters help clear up just a tiny bit of story obfuscation in the ending and before the events of the game, respectively. If there were any flaws in this game or the remake, it's the lack of saving at anytime outside of exploration, and no way to turn down the volume of the text scrawling noise in-game. It's pretty grating, and I had wished that Suda51 had reconsidered adding voice acting into the game (especially since the game makes it hard to see the name of the person talking at any given point). The name flashes briefly near their portrait, but at least they have a box indicating who's talking. I'd have taken Japanese voice acting, no questions asked. But outside of those foibles, The Silver Case is a must-read experience for visual novel and adventure game fans, especially on the PS4. I imagine, though, that the two new chapters will come to other platforms in time. 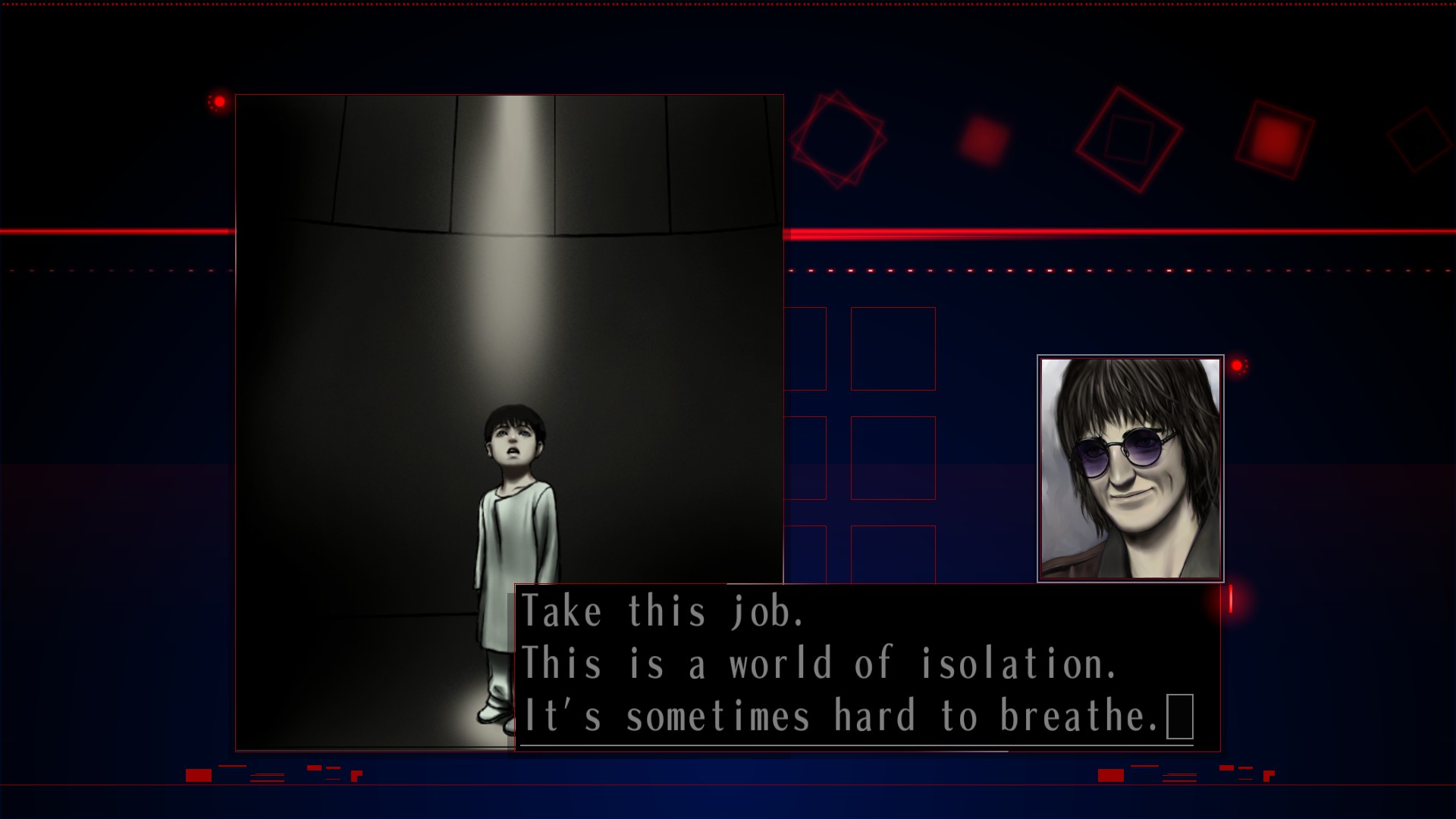 The Good: The dialogue and writing of the game are interesting.
The Bad: Lack of saving during dialog scenes.
The Ugly: The control scheme takes some getting used to if you rely on the old scheme.

SUMMARY: A remake of one of Suda51's earliest works, The Silver Case is a visual novel with an interesting, if not sometimes confusing story.