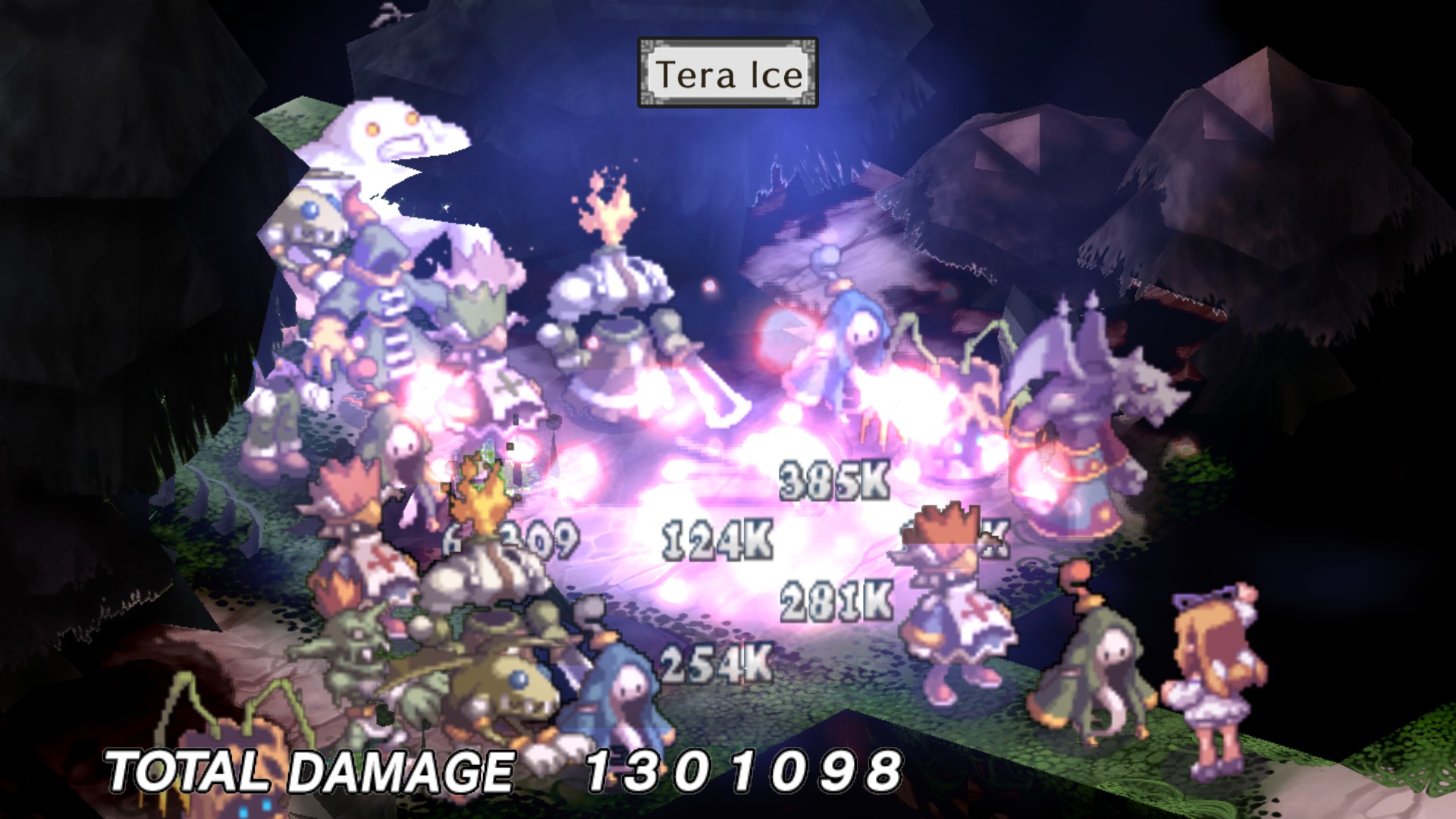 Disgaea was released in North America way back in 2003 for the PS2 by the way of publisher Atlus under the name Disgaea: Hour of Darkness. It became an immensely popular Japanese strategy RPG, and even was ported to platforms like the DS and the PSP with some enhancements. The PSP version is what this new PC port is based on, but when it initially launched on Steam, it was plagued by a myriad of issues.

Now after about a year, there's been enough time for NIS America to get the game in an acceptable state. What you now have is a decent port of a great game, and another way to play it. While this version of Disgaea lacks any further improvements, it's still a worthwhile experience. 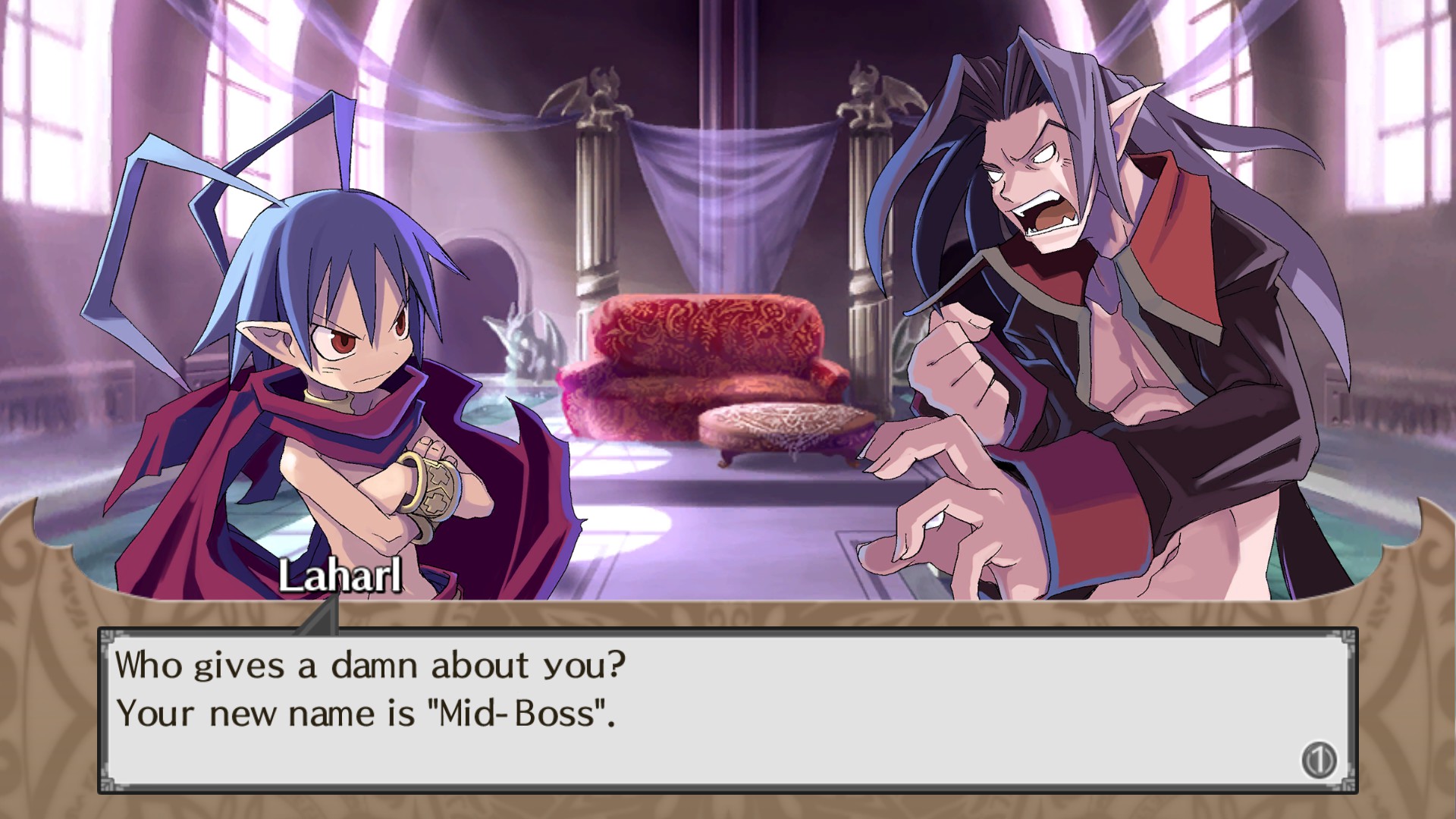 Disgaea itself is a strategy RPG that has layers of complexity for those that want to min/max their game if they desire. It's set in an isometric viewpoint that's a mix of 2D sprites on 3D polygonal environments. Characters don't immediately attack on their turns, however. Instead you can set up a series of character actions all at once if you want, seeing it unfold with the finish command. However it's probably more useful to have only one or two characters line up for possible combos, while one character actually attacks. This allows you to actually reset the assistant's position to better move around the map and make better use of them.

It almost feels like cheating, but in this world where Demons use dirty tactics to win, it's encouraged. You can also pick up characters and throw them across the maps. This is important along with the use of Geo Panels, which can change certain colored panel to have effects that can work in your favor. They also can go from negative effects to positive ones, with so much of Disgaea being as much a puzzle game as it is a strategy RPG. 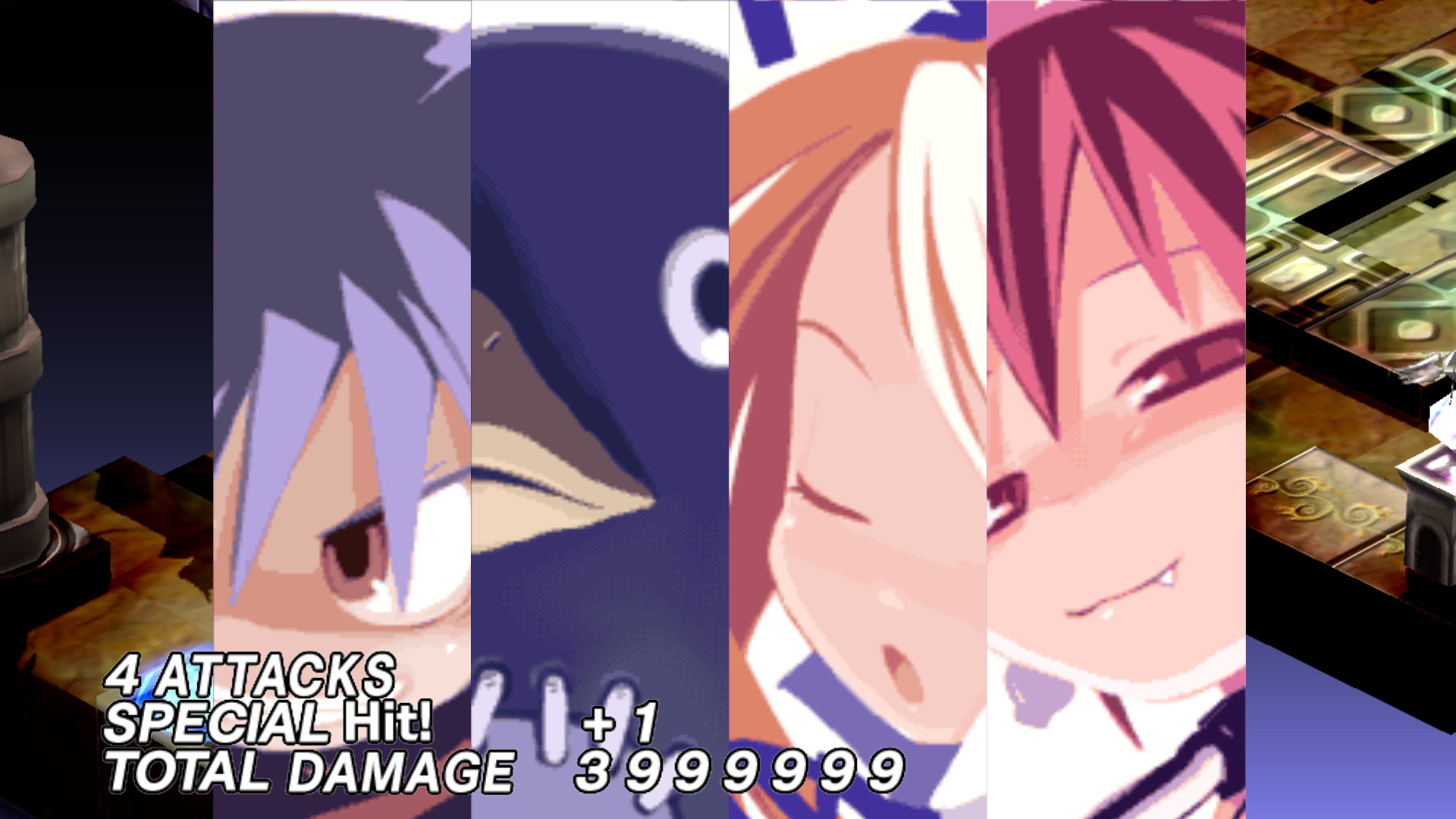 As for the story, it's very goofy! It follows an immature Demon Overlord named Laharl, who is actually woken up by his flaky vassal Etna, with all manner of weapons. There are also servants called Prinnies, which can explode with the slightest amount of aggressiveness. Laharl gets right back to work in becoming the Netherworld's #1 Overlord, but a wrench is thrown into the mix when the angel Flonne descends and tries to get Laharl to learn about love. The story is just okay, but the humor more than makes up for it. (Later entries would improve on both of these aspects, but it's nice to see where the game got it start.)

There are a bunch of other mechanics, like using the senate to make laws, and fighting them to force a bill through, and a class system where you can also reincarnate a character. This resets their level back to 1, but lets their stats start out higher. You can make the strongest possible level 9999 characters (especially in the later levels of the item world), where you can also improve the levels & stats of items & equipment. 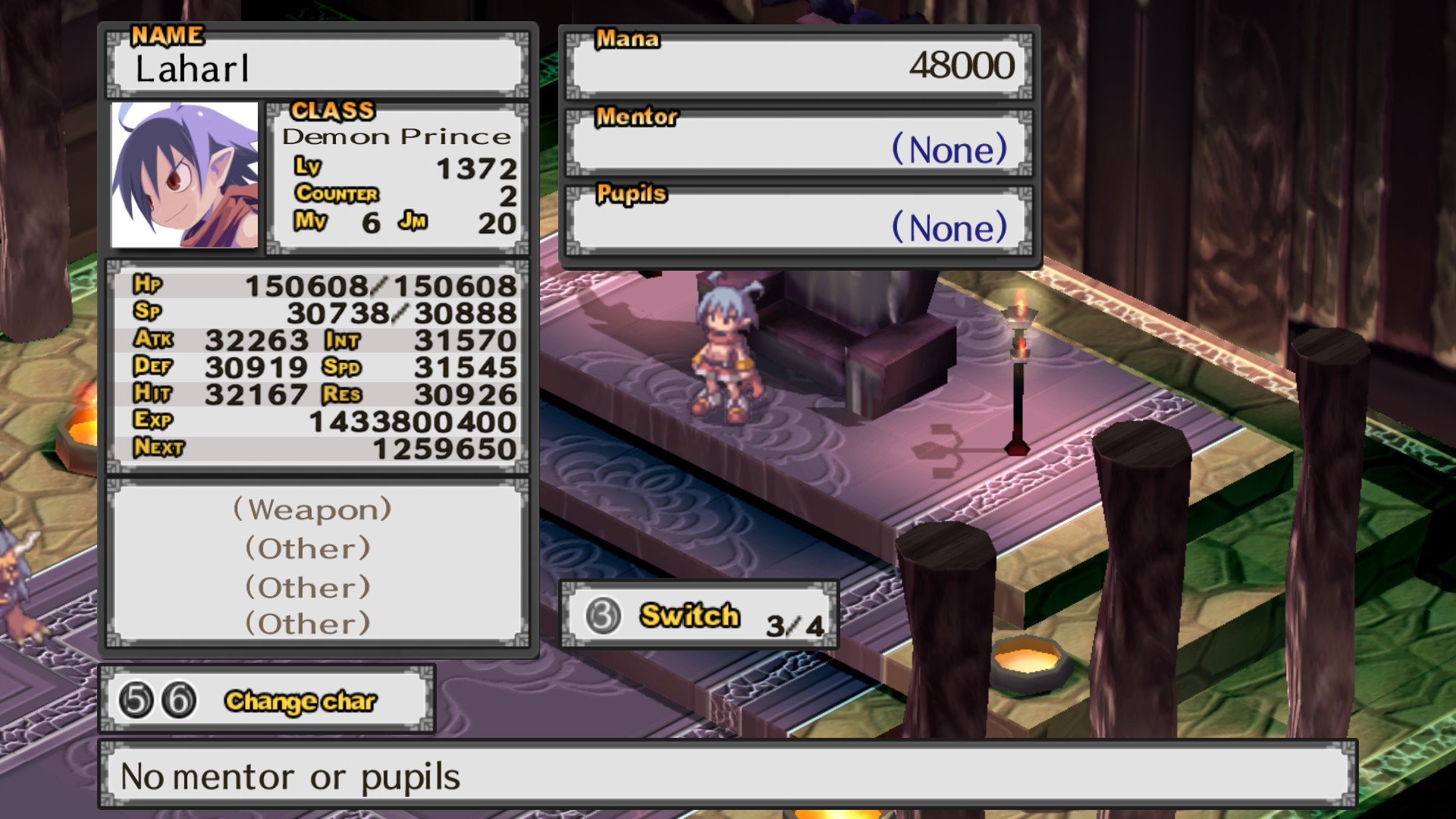 As for the quality of this port, it initially had a load of problems. Thankfully, a year has given NIS America time to fix most of them. Now, Disgaea has multiple filtering and resolution options, improved shading, and the like. While the sprites weren't upscaled, the filters do a good enough job of making them look good on a PC monitor. There are no further gameplay tweaks from the PSP version, but there are a few new playable characters that weren't present in the PSP Western releases, so that's something. What's left is a game that's still fun to play, and actually is at a point one can be mostly satisfied with. Who knows, maybe modders can do further improvements. This is a decent recommendation.

The Good: The port now has fixed many of the technical issues that plagued it in the beginning.
The Bad: The game didn't bother improving any of the PSP version's mechanics even just a little bit.
The Ugly: The button icons are generic gamepad ones, so it's hard to tell which buttons the tutorials are talking about.

SUMMARY: The PC port of Disgaea, while having a rough start, has had enough time to make fixes that finally brings the classic RPG to an acceptable level.