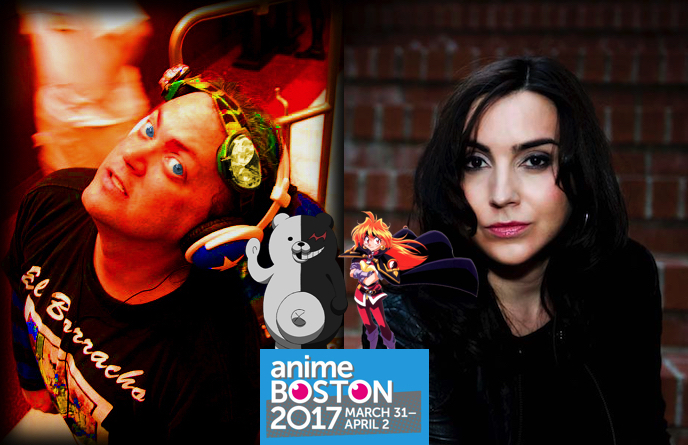 The third consecutive day of guest announcements for Anime Boston 2017 has come to pass, as the convention welcomes Greg Ayres and Lisa Ortiz to the annual event.

Greg Ayres has been a mainstay in the Anime Boston realm, attending the convention every year since 2005. A fourteen-year veteran of the voice acting industry, he has brought a slick and (often) adorable vibe to such anime roles as Tomoki Sakurai in Heaven’s Lost Property, Negi Springfield in the Negima! series, MonoKuma in Danganronpa, Koyuki in BECK: Mongolian Chop Squad, and Kaoru in Ouran High School Host Club. Behind-the-scenes, Ayres also worked on the dub scripts for Peach Girl and the infamous Ghost Stories.

The New York-based Lisa Ortiz first made a name for herself in the anime realm as Lina Inverse in the popular Slayers series. Since then, her resume has included bringing a voice to the likes of China and Minami in Comic Party, Nickell Doll in Accel World, Kaku in Ikki Tousen, and Shiori in Revolutionary Girl Utena. In video games, she played Amy Rose in various Sonic the Hedgehog titles, Noembelu in Street Fighter V, and Cynthia in Silent Hill 4: The Room.