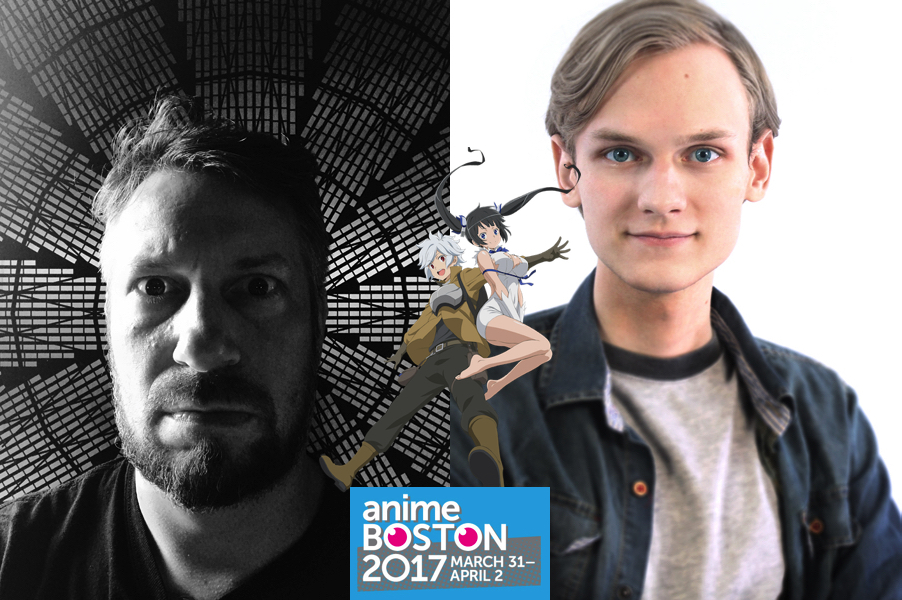 The sixth and seventh American guests for this year's Anime Boston have just been announced, as the convention welcomes veteran ADR director Kyle Colby Jones and voice-acting newcomer Bryson Baugus.

Kyle Colby Jones has been in the anime industry as a director, writer, producer, and actor since 2007. He began his dubbing career at ADV Films and currently works at Sentai Filmworks. Some of his more notable recent anime series works behind-the-scenes include Akame ga Kill, Parasyte, Monthly Girls Nozaki-kun, No Game No Life, and Outbreak Company. Jones has also directed several classic titles, including Saint Seiya, Air, Kanon, Madlax, Kino’s Journey, and Papuwa.

Bryson Baugus is a voice actor, singer, and stage actor from Texas, who'll be making his convention debut at this year's Anime Boston. Working primarily with Sentai Filmworks, his credits include Child Gelsadra in Gatchaman Crowds Insight, Young Suna in My Love Story, and Akutagawa in When Supernatural Battles Became Commonplace. Recently, it was announced that Baugus will be the voice of Bell in Is It Wrong To Try To Pick Up Girls In A Dungeon? and Kou Mukami in Diabolik Lovers II: More Blood.