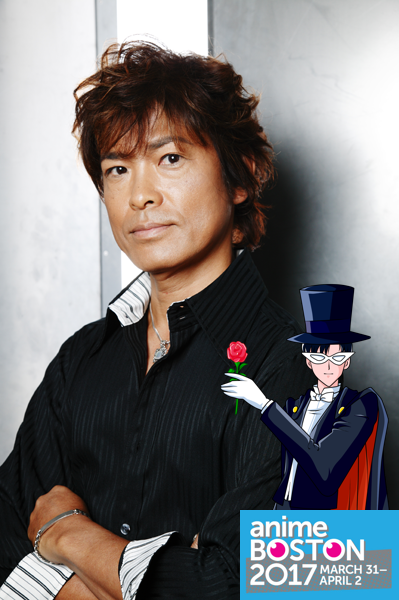 Getting his start in 1966, Furuya is known for taken on such iconic roles as Tuxedo Mask/Mamoru Chiba in Sailor Moon, Yamcha in the Dragon Ball series, and Amuro Ray in Mobile Suit Gundam. He can also be heard as Pegasus Seiya in Saint Seiya, Dr. Tokita Kosaku in Satoshi Kon's Paprika, Sabo in One Piece, and Rei Furuya in Detective Conan. This year marks Furuya's fiftieth year in the voice acting industry, and what better way to celebrate than for him to party with some Bostonian otaku!

"Furuya-san is a true titan in anime," said Anime Boston Convention Chairman Victor Lee. "He has shaped the direction of the entire industry with roles such as Amuro Ray, Yamcha, and Tuxedo Mask. We are so very pleased and honored to welcome him to Anime Boston!"