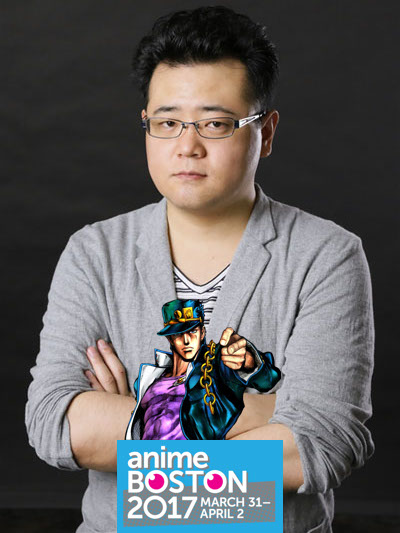 There's a lot more posing that's due to occur at this year's Anime Boston, as JoJo's Bizarre Adventure director Naokatsu Tsuda will be attending the festivities.

With David Production Tsuda has helmed the entire adaptation of Hirohiko Araki's iconic manga series, as well as the planetarian series & film and Inu X Boku SS. He has also worked as an episode director for Ben-To, Level E, B Gata H Kei, Black Butler, and Corpse Princess.

"We're honored to have Tsuda-san as a guest of Anime Boston," said Convention Chairman Victor Lee.  "JoJo's Bizarre Adventure is one of our favorites, and we very are excited about this rare chance to talk to the director!"