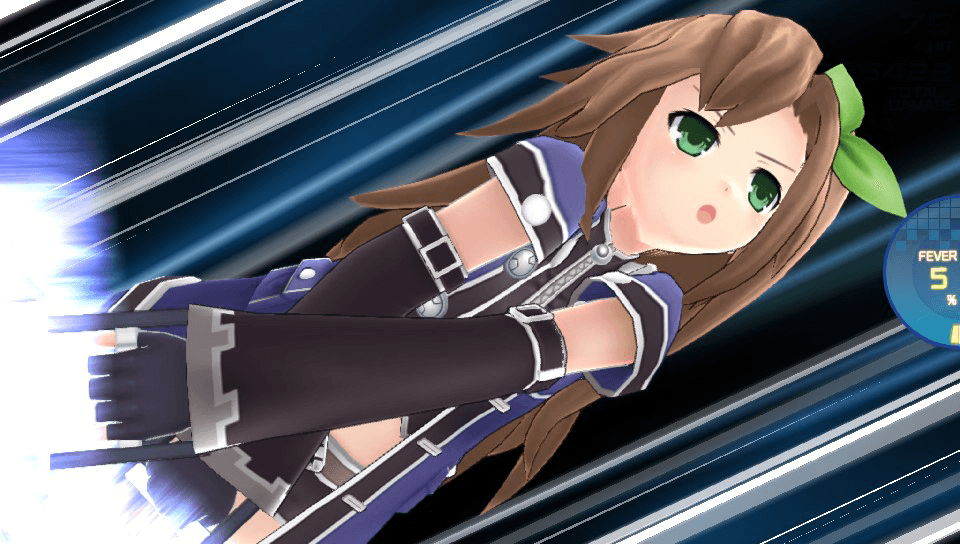 While IFI continues to promote other titles, it will always have the Neptunia series to make the bulk of it's money. It's odd, too, as this series doesn't have any right to be as successful as it is, yet one can't help but like them despite this. Perhaps it's the bizarre combination of moé and characterization that's giving off some kind of signals to the brain. Whatever the case may be, Superdimension Neptune vs. Sega Hard Girls is a fun game, which may be due more to the insufferable Neptune not actually being the main character, despite her name being in the title (even if the game isn't as good as the last flagship installment).

The game's plot is about a ruined version of Neptune's world existing now thanks to the Goddesses and the Sega Hard Girls fighting battles that destroyed the landscape. One of its residents is IF, who is traveling across the ruined planet looking for adventure, whereupon she finds a secret library. During this time, she also finds a strange girl named Segami who has lost her memory. It's not long before we figure why, as a monster named the Time Eater (or whatever) is eating history, which is what lead to the world being the way it is. To save history and the world, IF and Segami time travel to different eras in attempt to undo the altered history caused by this menace. Oh, and if you want to know who the Sega Hard Girls are, they are a Sega-themed analog to the Neptunia girls, named after each console (except for Segami, who represents Sega itself). It's a simple plot, but there are plenty of fun bits in there.

Its gameplay is largely the same as other Neptunia games, but with two big tweaks that make for a nice twist on the somewhat tired engine. One would be the removal of a combo system and power-up mechanics. Instead of using a limited combo attack based on button presses, you can attack as long as you have AP to do so. Moving takes more AP, but you have free reign to move around before you start attacking.

This lets you either change your position or pick up health and SP power boosts.You can also collect a star to activate Fever Time, a mode where your characters get buffed and can attack for several turns consecutively. The last big change is the class system, where characters can take on different jobs to get a new set of stats, as well as learn new skills to switch up the gameplay and allow for greater experimentation. It's a pretty nice setup. 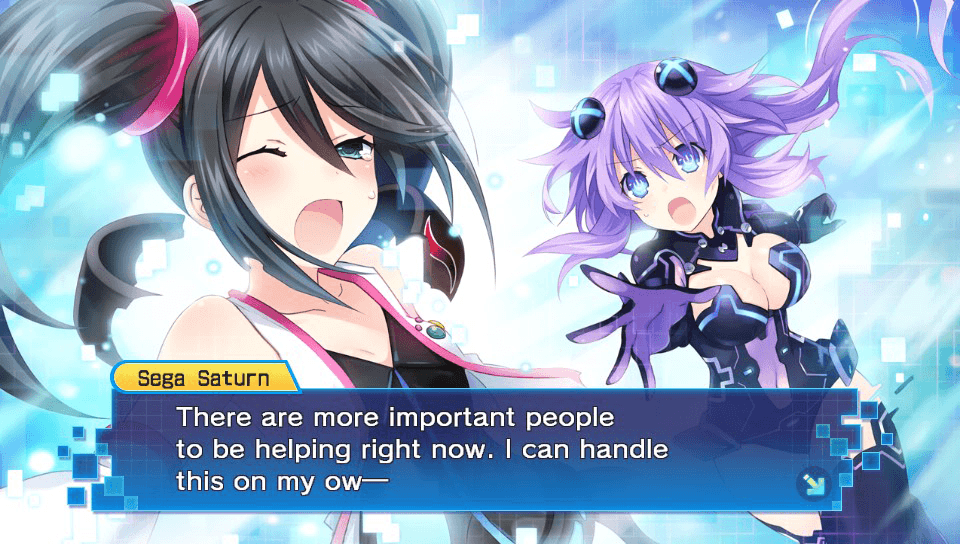 The only weaknesses in Superdimension Neptune vs. Sega Hard Girls comes from the almost series standard of asset recycling, with environments being recycled from other games in the series. Maps are more active, though, which is a slight improvement, as IF can climb walls, sprint, or use monkey bars to traverse the landscapes. Even most of the music is recycled from other games.

However, the interaction between the two groups of girls is still fun, so it's still worth playing for that. I don't think the story in these games are even good, but I'm weird and I like weird things like the things seen in this series. At least Idea Factory and Compile are somewhat trying more recently. Otherwise, the game is a decent experience. Just don't expect it to be as Megadimension Neptunia VII.

Update: I recently had the chance to play the PC version on Steam, and it's got's the usual bells and whistles that being upscaled to 1080p gets you. However, the framerate of the game only seems marginally improved. While the game does run at a smooth 60 frames, it remains uncapped. This can lead to the framerate going all over the place. The frame pacing also is rough, and the lack of frame consistency can often be felt during map transitions or waiting for all the enemies to spawn on the field. Otherwise the game will run just fine. Not that these issues can't be fixed, but it's a shame it couldn't launch without them.  The character models do look nice, and it's a great alternative for those who either don't have a Vita, or want to play it in better resolutions. There's also Chinese and Japanese language support options now, making it even more accessible. 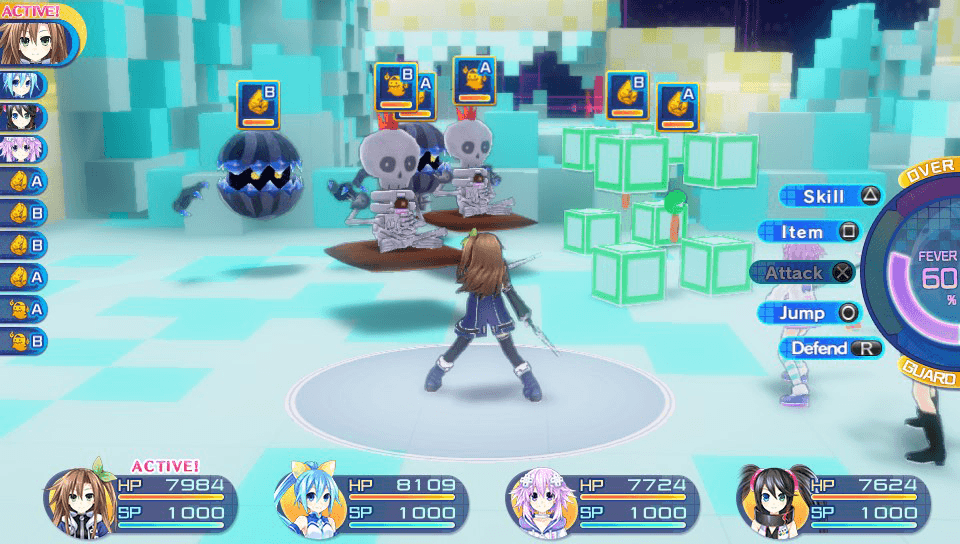 The Good: The tweaked gameplay is pretty interesting, and the class system makes for some decent experimentation.
The Bad: Aside from the cross over stuff, there not much in original content.
The Ugly: The often inconsistent framerate makes the game annoying to deal with.

ANIME REVIEW | Having A Ball With...