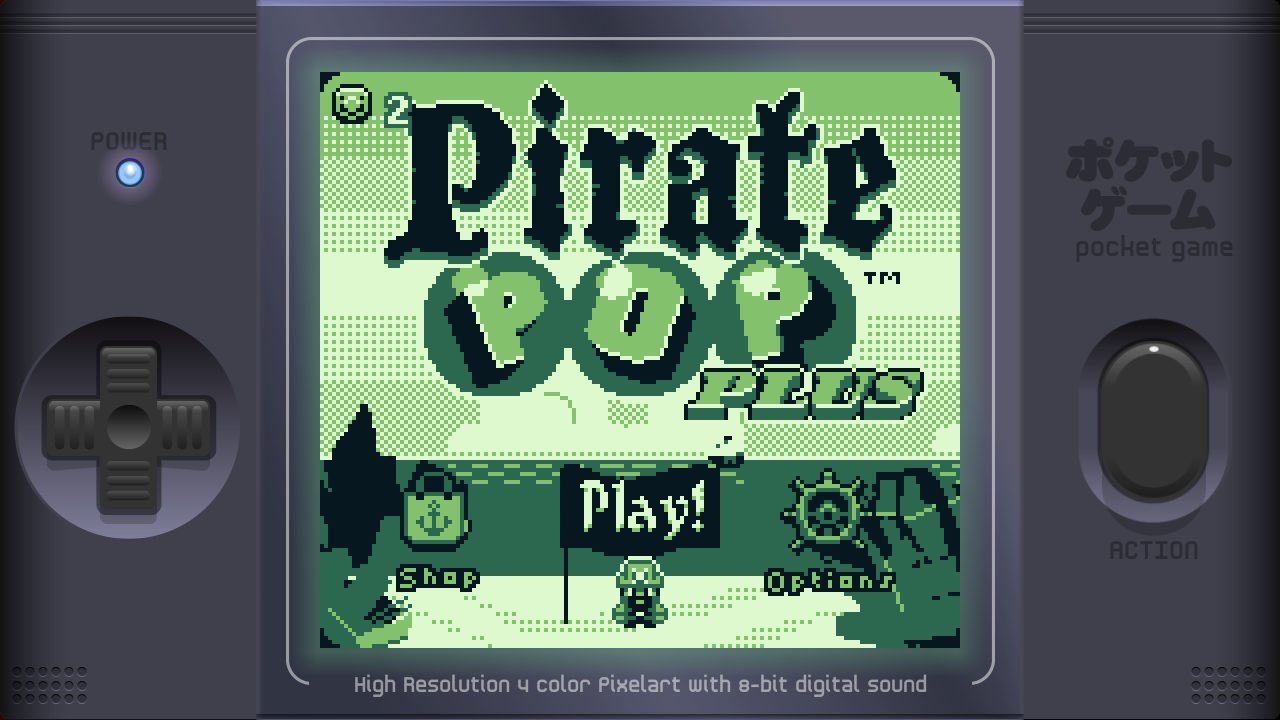 Pang (or Buster Brothers, as it was known in the US) was a cool bubble-popping action game from the arcades and various consoles. However, somewhere around the PS1 era, the series disappeared from Western audiences for many years. Games inspired by the series, as well as the series' revival have since been made, but the Nintendo consoles have been left out. That's where Pirate Pop Plus seeks to fill that void. Using a Game Boy Dot Matrix graphics aesthetic, it fills that role well, but it might be lacking a bit in content.

Pirate Pop Plus has a rather basic intro, where a nasty pirate has shown up and is terrorizing the area with their bubbling nonsense. Of course, the protagonist arrives to save the day, popping those bubbles and driving the villain away Pang-styled. At first, there isn't much to the game, with you popping bubbles with your harpoon, where they will then split into smaller bubbles, or become tougher to pop. Soon, though, the basic Buster Brothers gameplay gets switched up, with the gravity of the areas switching to the sides of the level, or the ceiling becoming the floor, and controls for movement changing accordingly. Thankfully, there are some power-ups to help you out. 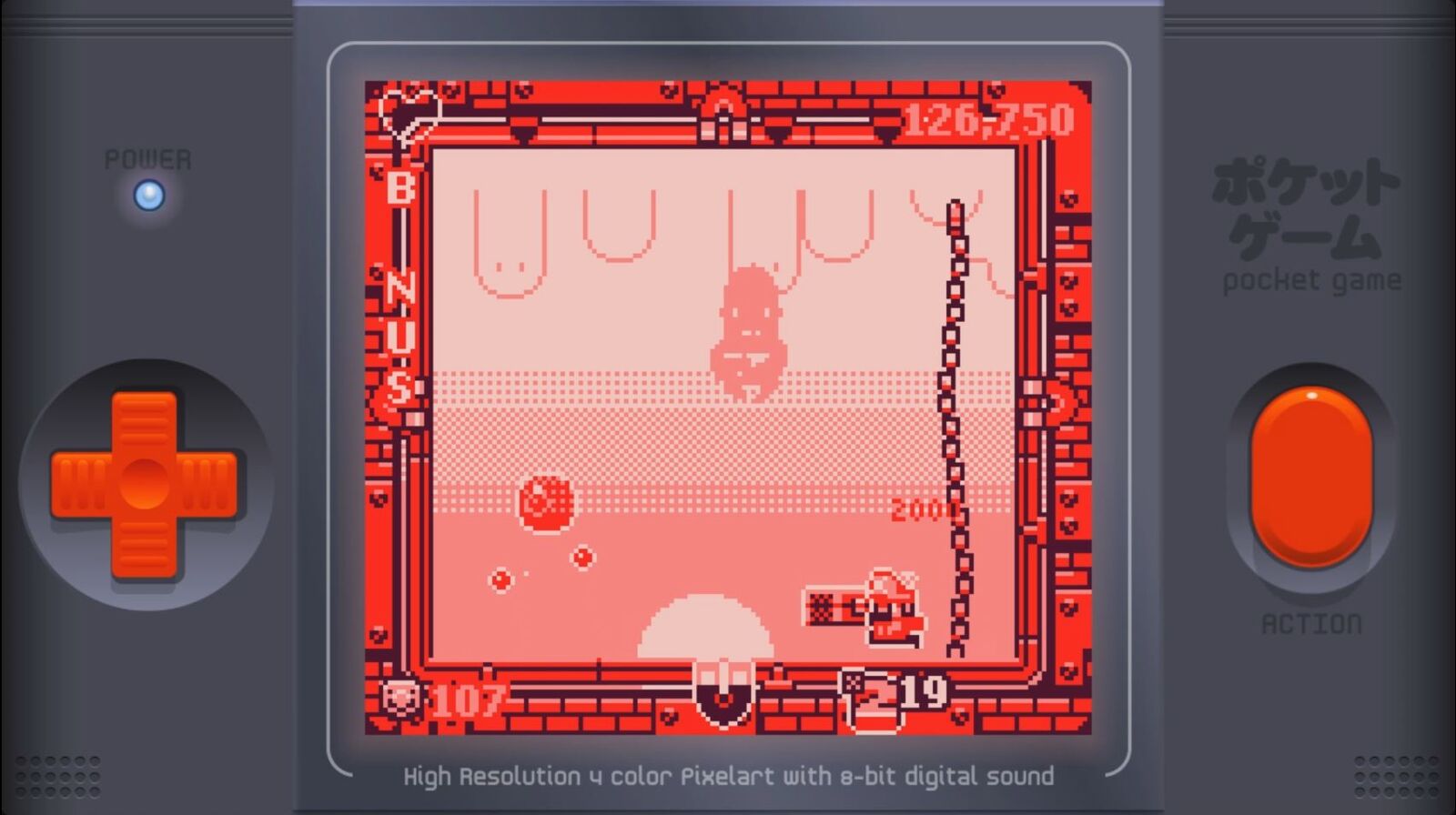 The goal of the game is set up much like an endless runner of sorts, where you play as far as you can until you run out of hearts, collecting coins to unlock things from the games shop. In the shop, unlockables can consist of new music tracks, or borders & button decals for the fake Game Boy wallpaper that surrounds the screen. It's a fun game, but I do wish there were a story or mission mode, and especially a multiplayer mode to more closely emulate Pang's co-op play. As it stands, the game is still enjoyable, and it's fairly cheap. Just be sure that you have a New Nintendo 3DS to play this version, as it's only playable on that hardware.

The Good: The fast action gameplay is great, especially with the Game Boy visual aesthetic.
The Bad: I kinda wish there were a story mode of sorts.
The Ugly: The 3DS version is limited only to the New 3DS. 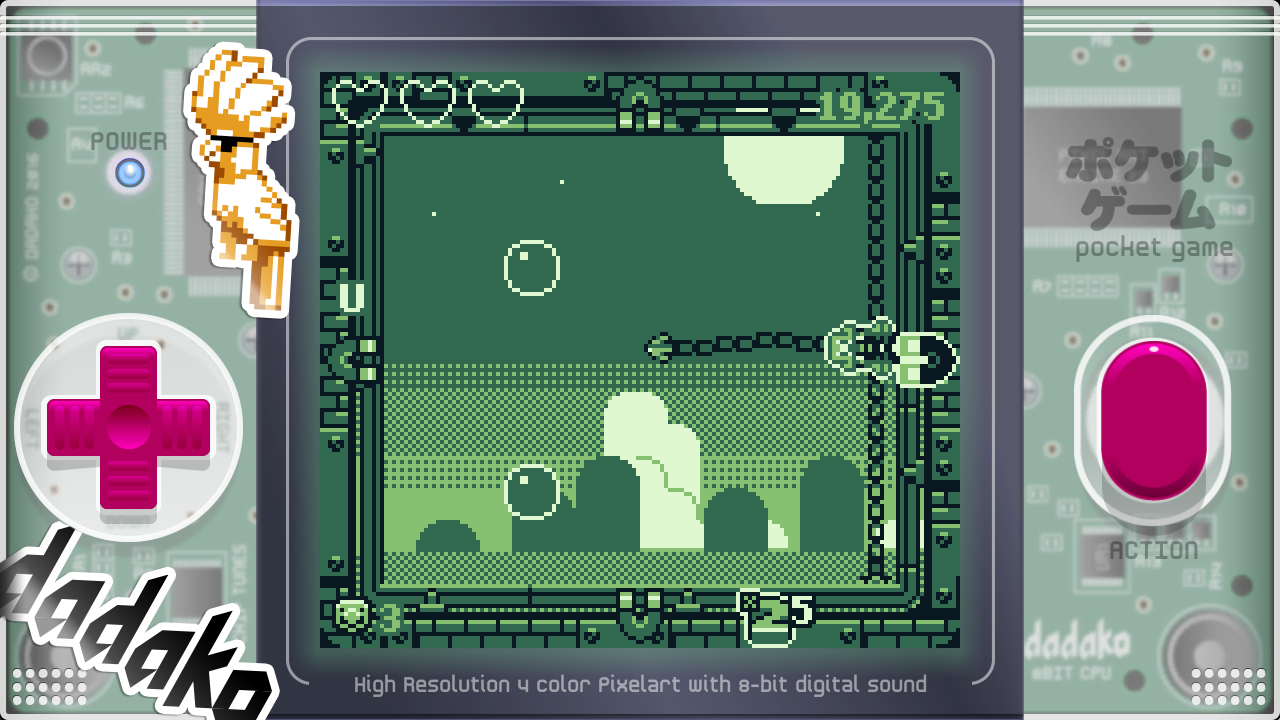 SUMMARY: Pirate Pop Plus is a fun little action game that scratches that Pang itch for Nintendo consoles.