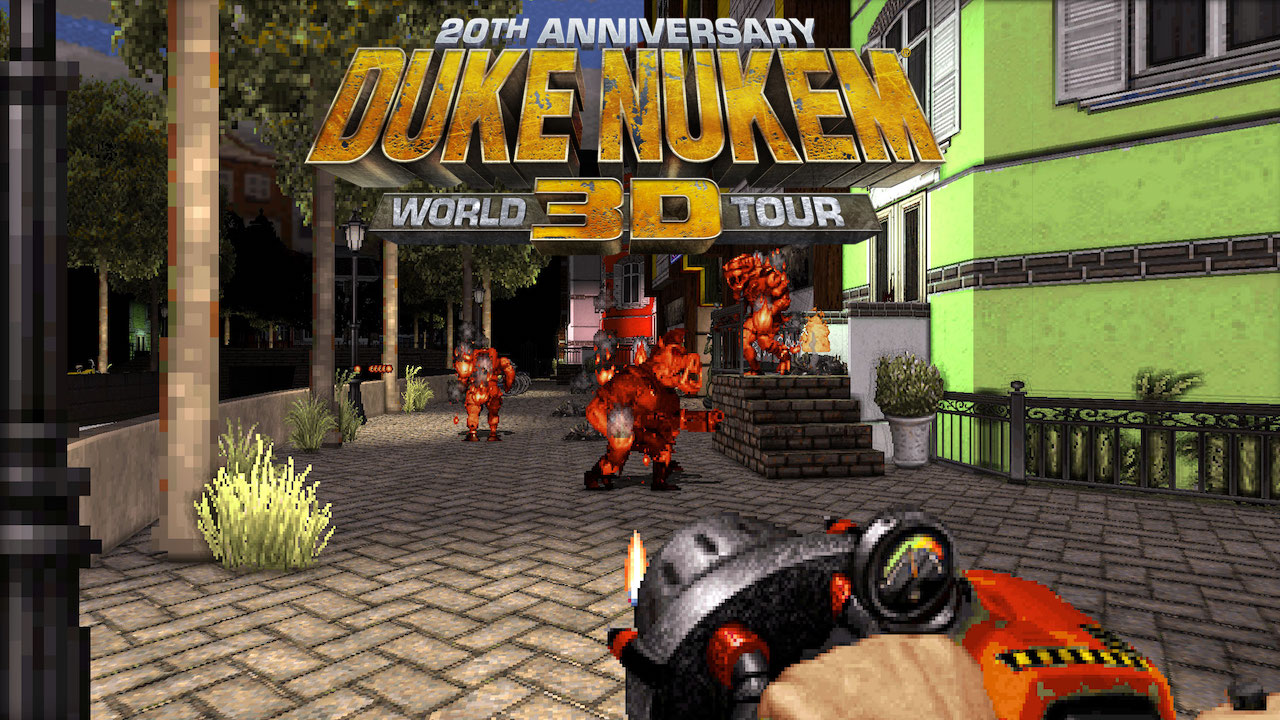 Duke Nukem holds a special place in my heart. When I was younger, I'd play the living crap out of the original side-scroller and its sequel, loving its killer attitude and space-age cyberpunk world. Sadly, when Duke Nukem 3D came out, not only was my IBM PS/1 unable to handle the game, but my parents barred my 11 year-old self from playing such a violent, sexualized first-person shooter. (Killing Nazis in Wolfenstein 3D and demons in DOOM was okay, but Heaven forbid if I saw a stripper flash her tits!)

Thankfully, future incarnations on the Nintendo 64, Xbox, PS3, and PC gave me the chance to experience the violent calamity that Duke Nukem 3D brought to the first-person shooter realm. It was gritty, snarky, funny, and -- above all -- one of the best video games I've ever played. While Duke Nukem Forever had its moments, it clearly lost some of its off-the-wall mentality, especially when it came to "saving the babes." This year, Gearbox Software -- which contain many of the folks that created Duke Nukem -- has pulled out the party hats and kegs, as they celebrate the blonde-haired hero in Duke Nukem 3D: 20th Anniversary World Tour. 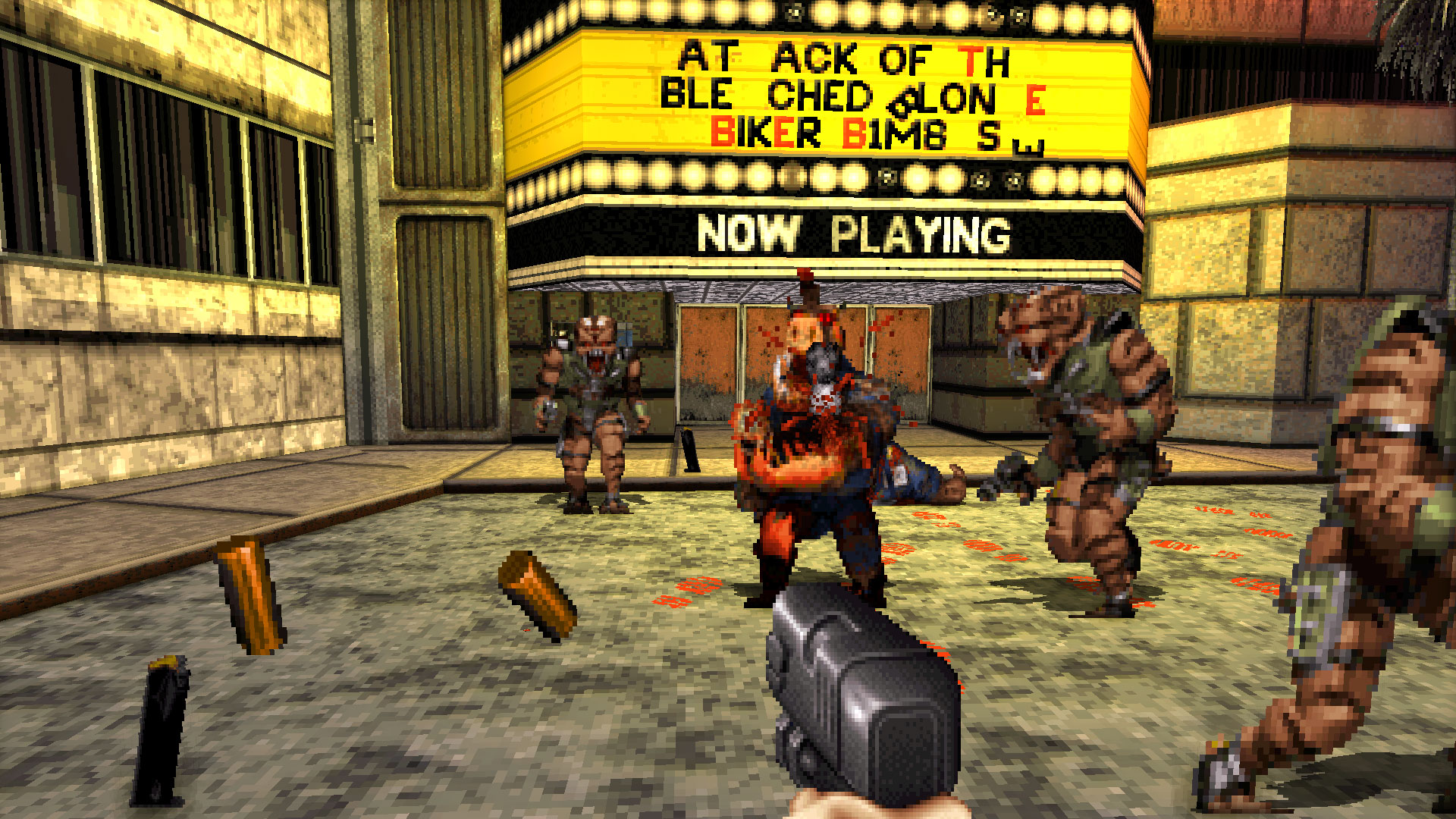 Revamped and out of control, this new version of Duke Nukem 3D is chock filled with new goodies and ways to play. Playing with True3D Rendering, our protagonist is able to take helm of his surroundings unlike before, with some decent warning and coverage when it comes time to shoot some alien bastards. Original score composer Lee Jackson has been brought on to create new music, and the voice of Duke himself Jon St. John recorded some new dialogue for the special occasion. (Players can toggle between the new and old dialogue in the Options menu, in case you really wanna get your nostalgia on.)

However, the piece de resistance of this 20th Anniversary World Tour is the brand-new Chapter Five. Original game designers Allen Blum III and Richard "Levelord®" Gray concocted new levels that bring Duke through Britain, France, Amsterdam, Egypt, and other parts of the world. Never looking out of place, these new realms fit in perfectly with the classic game, with some more modern-day humor thrown in to mesh with Duke's sensibility. If you thought our sunglasses-wearing hero is too old to party with some of the newer gaming icons of the present day, then prepare to have your face mutilated with glee! 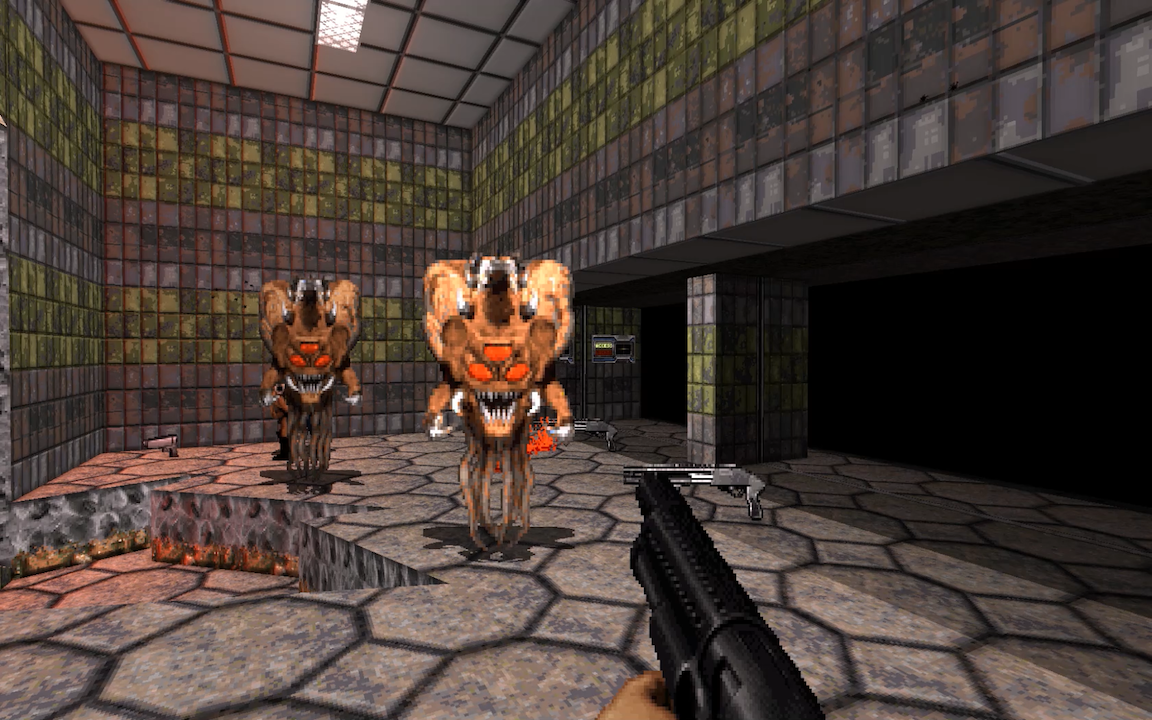 Controlling this new edition of Duke Nukem 3D is a cinch with the Xbox One controller. Toggling through weapons and items comes rather easy, positioned in such a way that it's practically impossible to mess up during the heat of battle. However, I did notice some issues with aiming, especially when it came to shooting point-blank at some of the flying alien baddies. Because of their often flat nature, getting a good close shot is a lot harder than one would expect it to be.

It's apparent that Duke Nukem 3D still looks like a game from the late 90s, but in HD it looks surprisingly good. Toggling between the original graphics engine and Gearbox's True3D Rendering, you can obviously tell that a lot of love went into restoring Duke back to his glory days. Playing at 60 frames per second, you never miss any moment in the swiftness of the action and carnage. With that being said, the game does freeze the action for a split-second from time-to-time, although I reckon this is a problem that's been in existence since its debut in 1996. 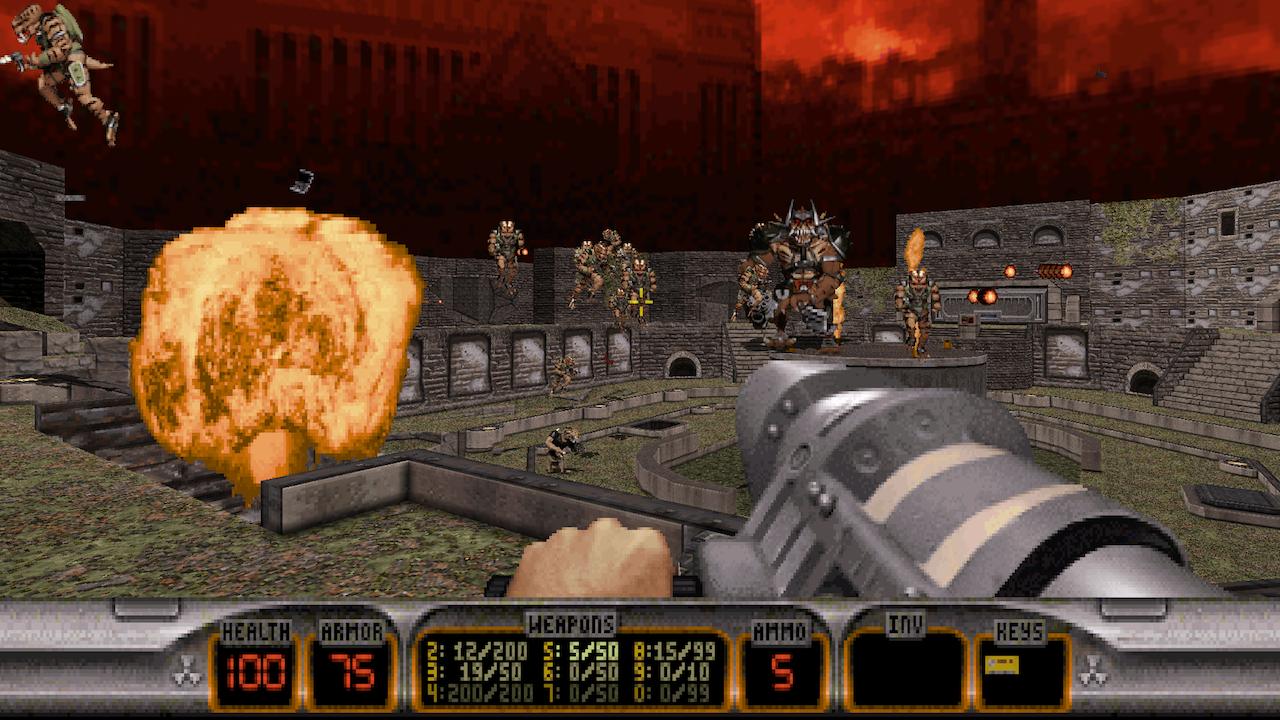 If you need a break from the campaign, there's a lot of fun to be had in its eight-player multiplayer mode. While it's fun to either fight one another or do team deathmatches, the content there is sorta lacking compared to most of the modern-day FPSes. It's good for nostalgia's sake, but like a couple of the recent first-person shooter redux that came out this and last year, it just feels unnecessary.

Although what is presented in Duke Nukem 3D: 20th Anniversary World Tour is satisfying for both new and old fans, one cannot look away from the fact that this is not the complete Duke package. Nowhere to be found are the game's expansion packs, which were included in Devolver Digital's Megaton Edition a couple years back. While there is hope that they can be released later on as (hopefully) free DLC, the lack of the likes of "Duke It Out In D.C.," "Duke's Caribbean: Life's a Beach," and "Nuclear Winter" is somewhat of a misstep in this celebration of the brass-balled hero.

Duke Nukem 3D may show a little bit of age, but its balls-to-the-wall humor and pixelated violence is still just as fun to experience as it was twenty years ago. Although missing out on the expansions, the new chapter has plenty of hours of crazy action and one-liners to keep fans and newcomers coming back for more. This is one king that is still worthy enough for his crown.

Promotional consideration made by Gearbox Software and Brian Lee of ONE PR Studio. Reviewed on the Xbox One.