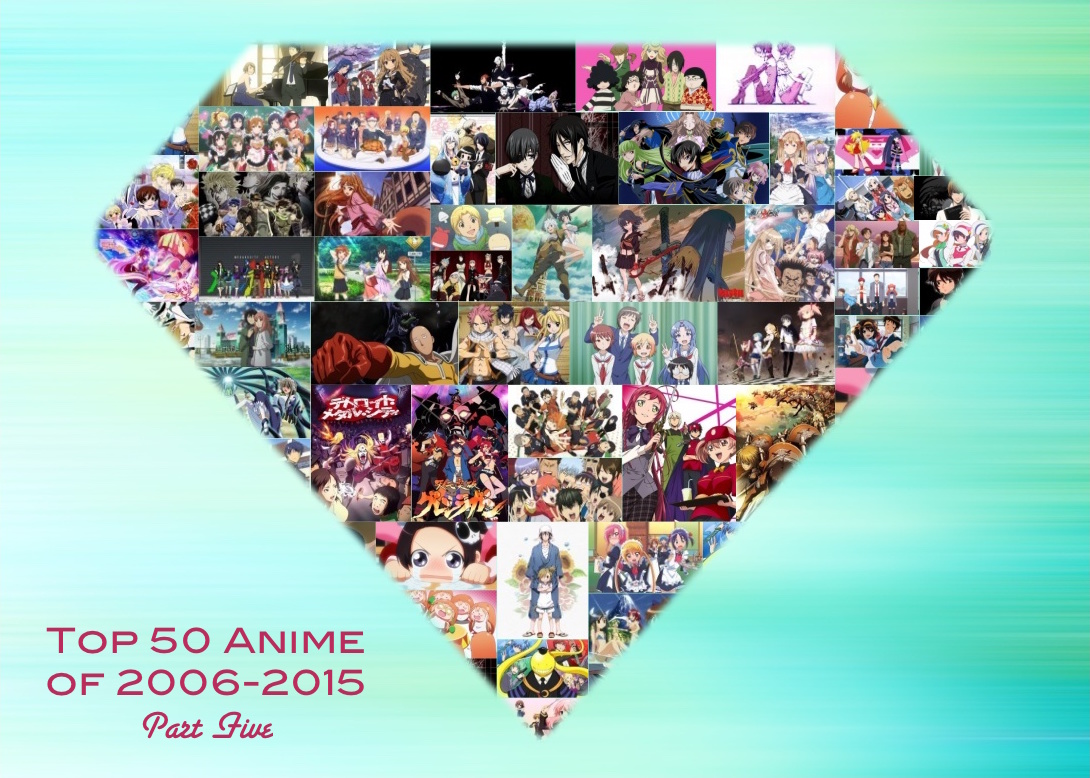 And thus, it has come down to this. For the past few weeks, we've been counting down to what have been the best anime since No Borders No Race's inception. Some made us laugh, others cry, and a few that made us literally stand up and cheer. Now, we have arrived at the final part of our list, with series that are worthy of being deemed classics. Let us not hesitate, then, as we make our way towards the very best Japan has given us in the animation world. 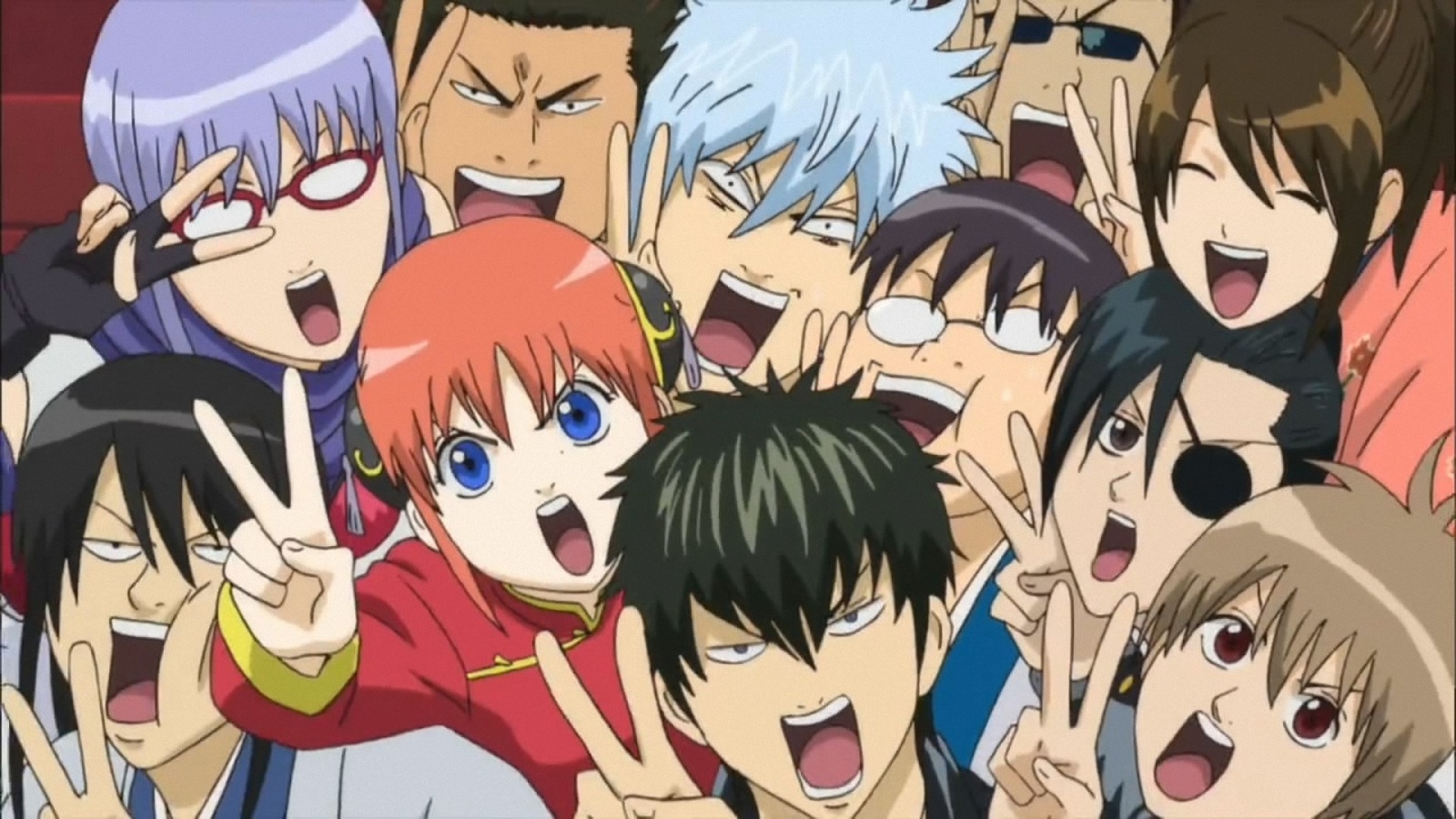 When America needs an animated take on this mad world of our, we usually set our sights on four grade school kids in a small Colorado town. In Japan, however, the skewing of the country's own stupidity comes delivered via three odd-jobbed douchebags. Although taking place in an alternate Edo period, Gintama's modern mentality brings to the table some of the funniest and often-bizarre moments captured in anime in the last decade. Weird aliens, giant dogs, and a dude in an albino penguin outfit are just the tip of this maddening iceberg that Gintama stands upon, and the crazier the show got, the better it was for Gintoki, Shinpachi, and Kagura's surroundings. 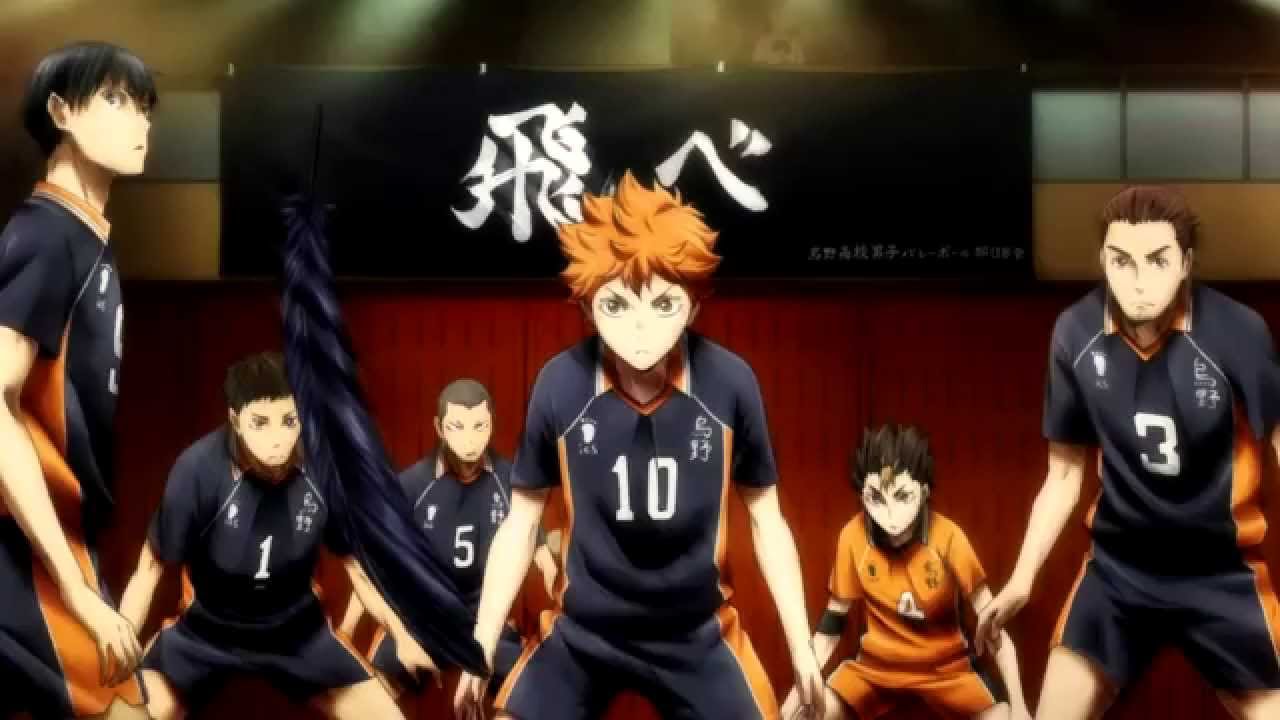 Sports anime can be very hit or miss, with shows leaving out key elements to the sport at hand. Haikyū!! not only gets the sport down pat, but they also fill the teams with amazing athletes with unique personalities. Every team member of Karasuno High's volleyball team has a shining moment in the series, but it's watching former rivals Hinata and Kageyama evolving into the strongest of allies that makes Haikyū!! all the more fun to watch. With its impressively-animated matches and intense battles on and off the court, Haikyū!! made the wait for each episode to air all the more worthwhile. 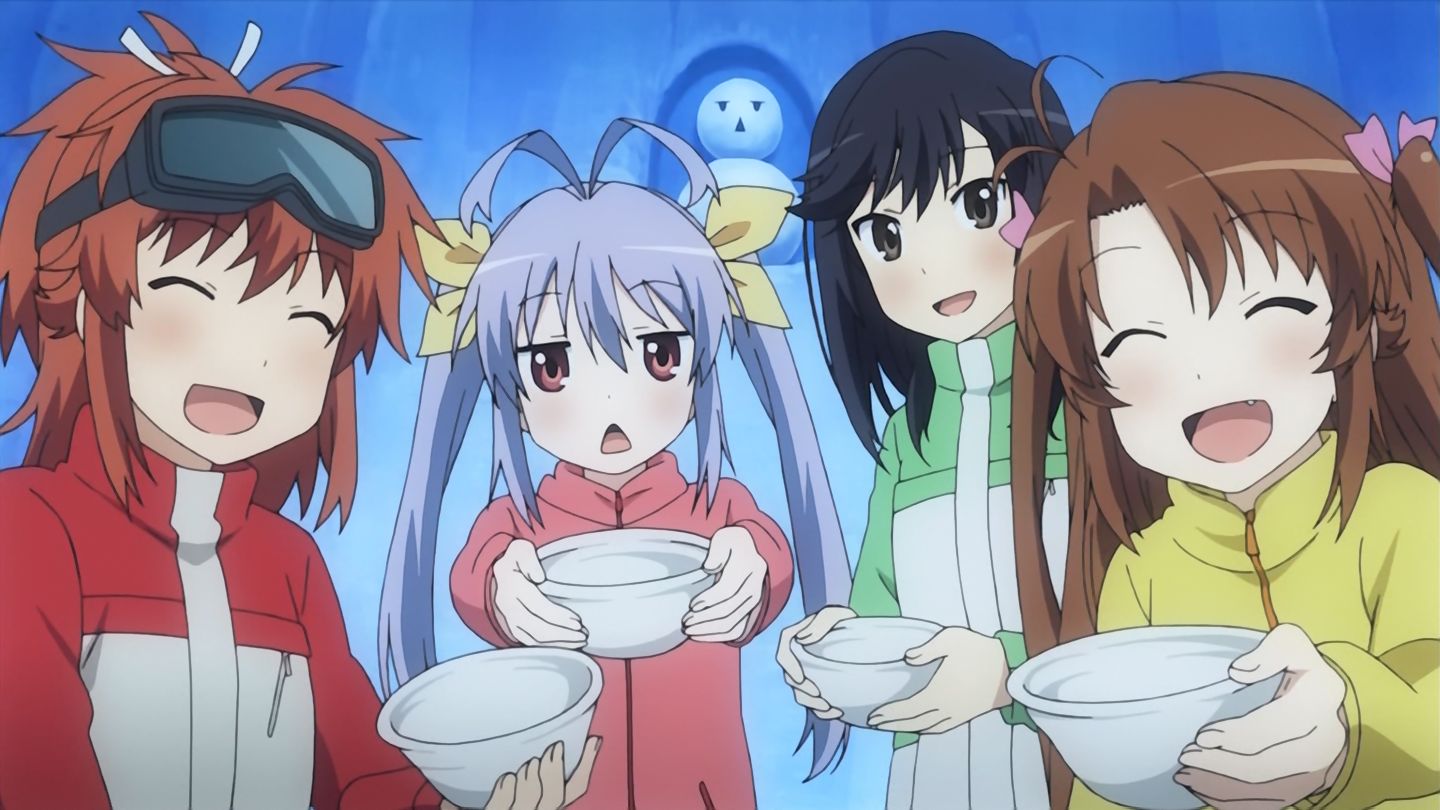 Four kids from various grades sharing one classroom in a quiet countryside of Japan. Non Non Biyori wasn't the most exciting of anime to watch, but was instead a fantastic series to help wind the day down towards its conclusion. Watching as first-grader Renge plays a unique form of house, newcomer Hotaru adjusting to her new surroundings, and the siblings Natsumi and Komari bicker and prank one another are just some of the most pure and entertaining moments this anime has to offer. Non Non Biyori was simply slice-of-life perfection, with both beautiful settings and adorable characters that'd easily make anyone greet the show with a loud "Nyanpasū!"

Licensed by Sentai Filmworks, and streaming on Crunchyroll and The Anime Network

Whoever said fashion kills surely had Kill la Kill in mind. When vengeful student Ryuko sets out to find her father's killer, she comes face-to-face with a magical talking Kamui, a fast-talking nonsensical BFF, and a war between those who are for Life Fibers and an organization who just wants to let everything out in the open. Fan-service has never held so much of a purpose quite like this, but thanks to a mixture of clever writing, top-notch humor, and badass fights that only Studio Trigger can offer, Kill la Kill easily became one of the most popular -- and most memorable -- anime to arrive on our shores.

6: The Troubled Life of Miss Kotoura 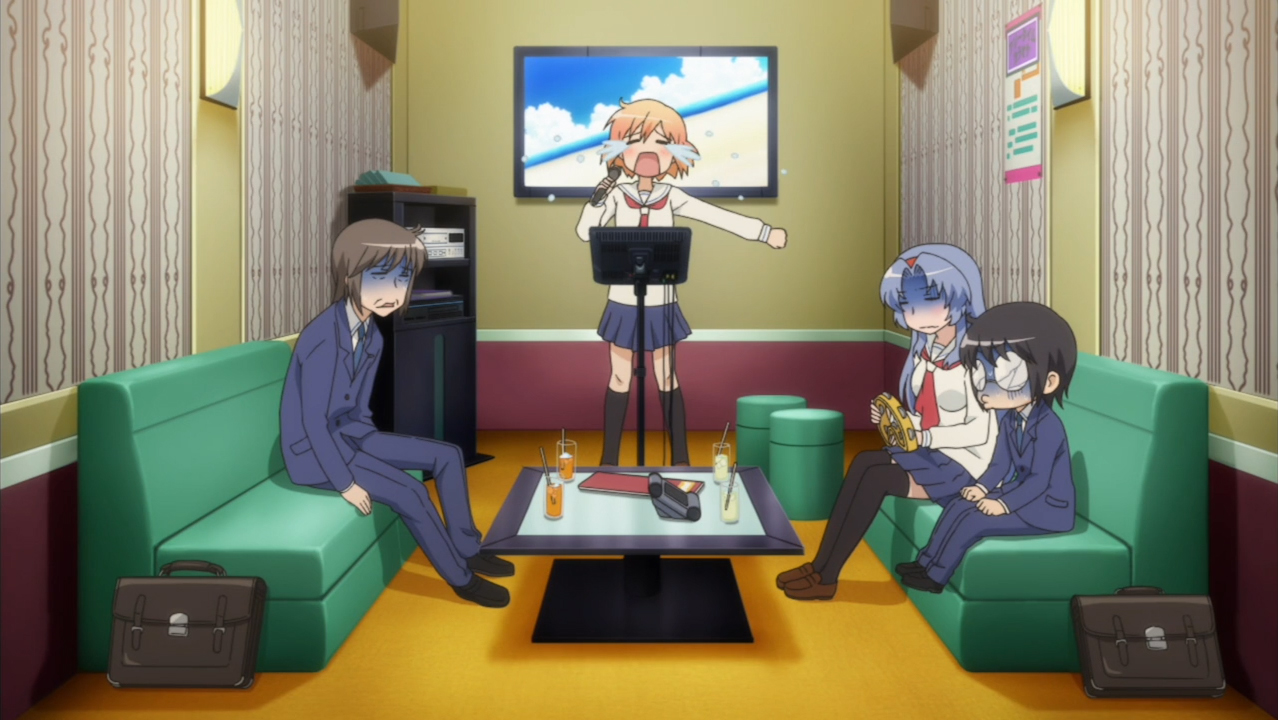 It's difficult to find a mixture of dark drama and laugh-out-loud comedy, and expect it to work. The Troubled Life of Miss Kotoura made the task look easy, with the story of a young mind reader shunned by her own family and friends suddenly being embraced by her new classmates. What follows is a tale of peer-to-peer acceptance, love, and sometimes perverted hilarity, with a surprisingly good dosage of heavier moments that feel more natural than forced. Miss Kotoura also managed to give its viewers one other surprise: a perfect ending, which is something that even the longest running of series never seemed to be able to get right. 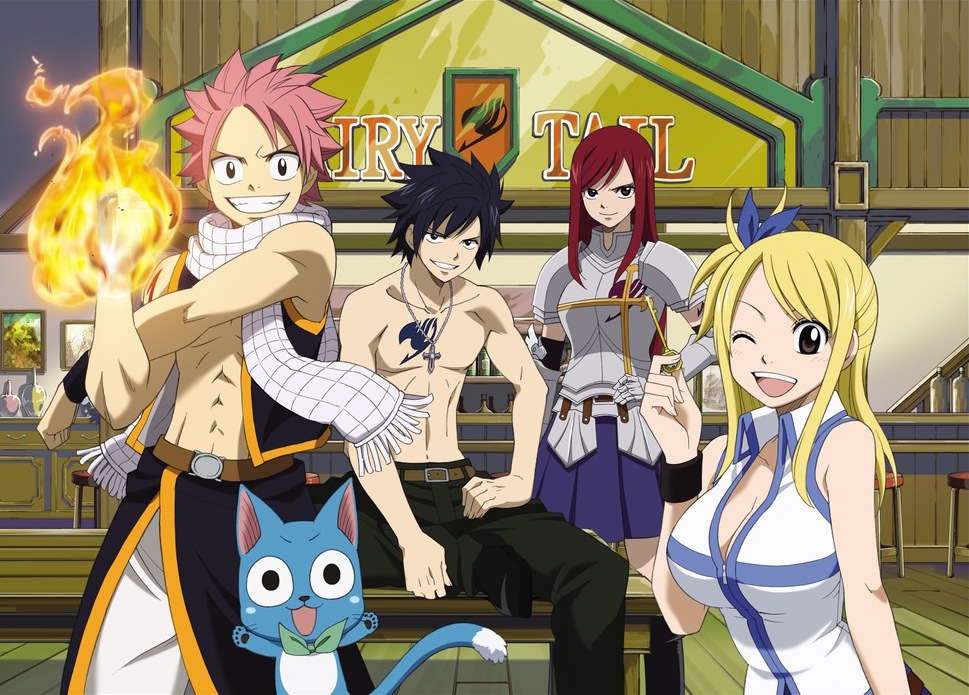 In the land of magic and monsters rests various wizard guilds, with the most famous of all being the one housing Lucy, Natsu, Gray, Happy, and the rest of the Fairy Tail cast. Always remembering its action-comedy routes, Fairy Tail never dared to be a boring series, as adventure can bring a grand dose of danger, mystery, and cuckoo-bananas zaniness. It also helped that the show's characters were filled to the brim with so much personality, that it made their antics all the more memorable, be it Natsu's fiery passion or Gray's own nudist mentality surprising even himself at times. Filled with action, silliness, and some well-merited character drama, Fairy Tail always had a reason to tune in to see the guild's next adventure.

Licensed by FUNimation, and streaming on Crunchyroll, FUNimation and Hulu 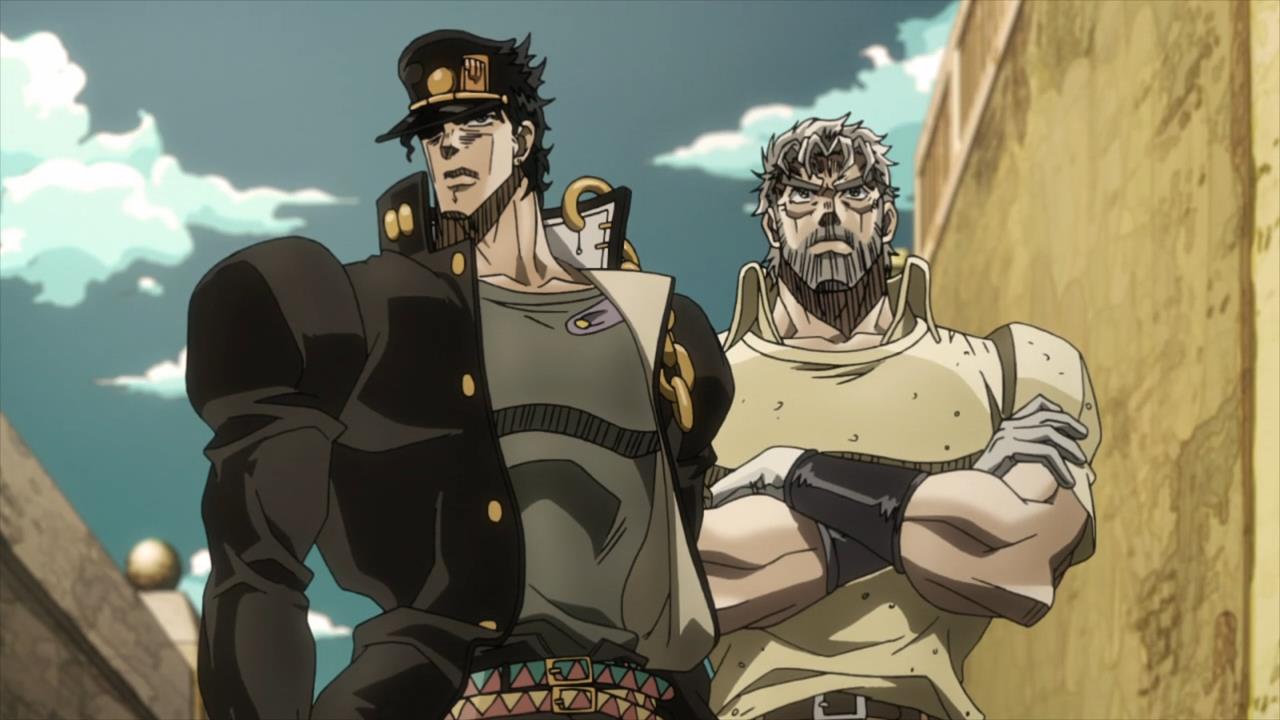 It took twenty-five years to get a proper adaptation of Hirohiko Araki's popular manga, but when JoJo's Bizarre Adventure finally hit the TV screen, the world watched with glee. The tale of the Joestar family has always been filled with the most hardcore of manliness, as the fiercest of both physical and mental battles have been showcased in the most gorgeous of details. Often over-the-top crazy and intense as hell, JoJo's Bizarre Adventure was sheer proof that the era of Manimé had returned from the depths of the moé-filled seas.

Licensed by Viz Media, and streaming on Crunchyroll and Hulu 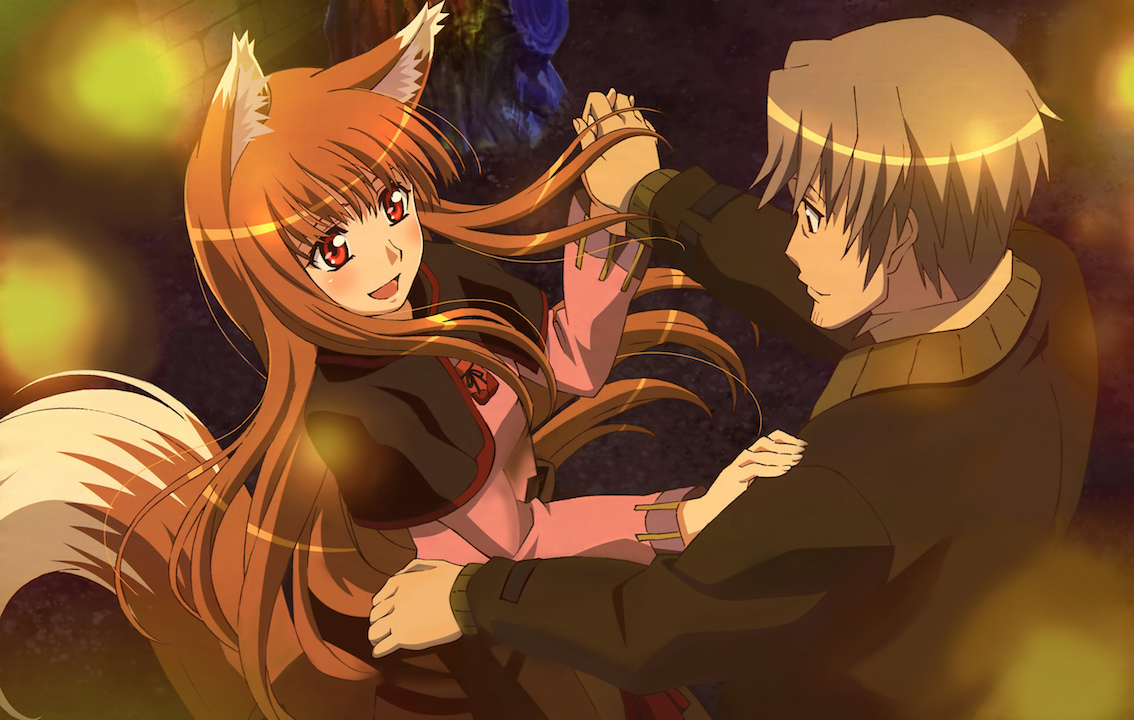 A series about economics and trade during the Renaissance era does not sound like good formula for a strong anime; yet Spice & Wolf made such a scenario a thrill to watch. The tale of merchant Kraft Lawrence and the wolf deity Holo brought forth a surprising amount of character development, humorous banter, and the darker underbellies of the Church that wants to wipe away the so-called "pagan" traditions. As the series continued to travel closer to seek Holo's Yoitsu homeland, the camaraderie between wolf girl and merchant became stronger, leading to a load of heartfelt moments and both visual and emotional beauty. 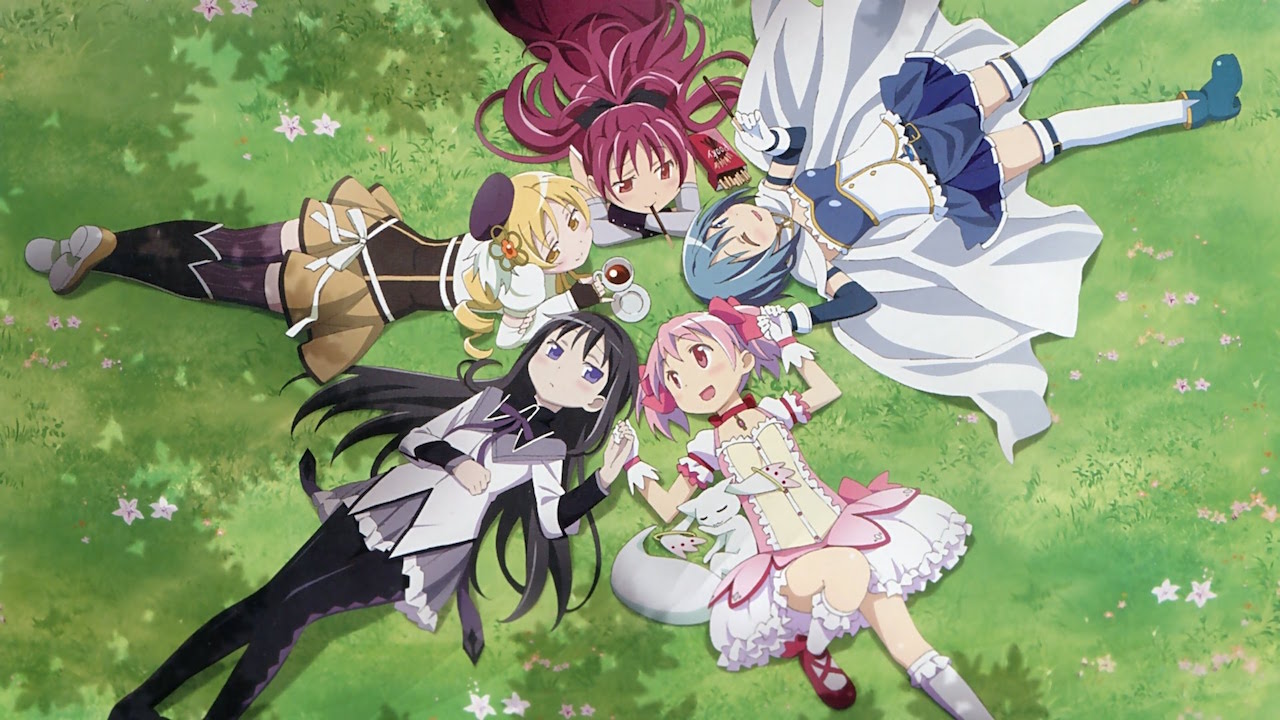 Magical girl anime isn't supposed to showcase the dangers of fighting evils. That's why SHAFT's own disturbing twist on the genre made Puella Magi Madoka Magica the series every anime fan needed to watch. Visually gorgeous and deeply philosophical, this loose adaptation of Kafka's Faust placed the weight of the world's fate into the hands of middle school students. As the story unfolds, the truths behind the fate of magical girls and the witches they're fighting is slowly revealed, with its cute mascot character Kyubey becoming more and more despicable as it progressed. Puella Magi Madoka Magica was a fine blend of cutesy and darkness that delivered one of the most jaw-dropping series to date, even if some viewers lost their heads during some of the more crucial moments. 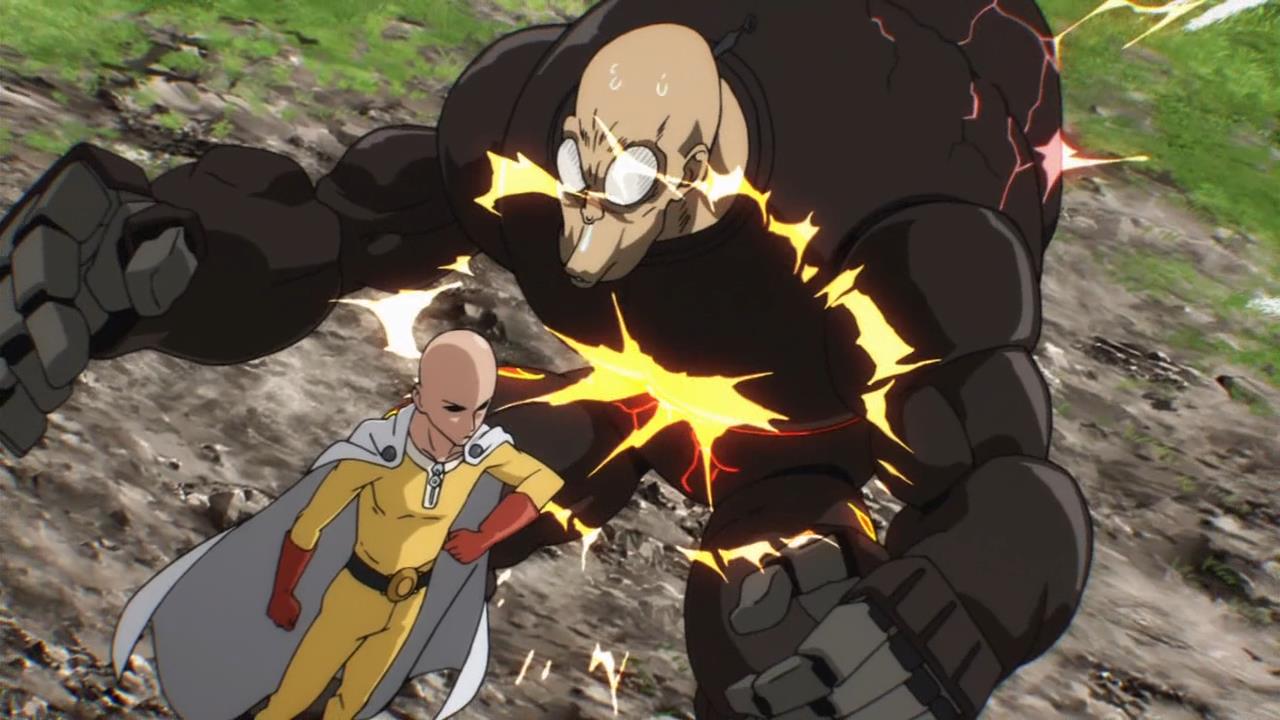 2015 should've been the year when the Marvel and DC TV shows reigned supreme of the superhero genre. How unfortunate for the likes of Jessica Jones and Green Arrow that a bald superhero with the ultimate fist had to mosey into their turf near the end of the year. One-Punch Man turned the entire superhero genre upside-down with its hilarious and violent look into the life of Saitama and his cyborg apprentice Genos, clearing way a path for the hero-for-fun to stand atop a mighty pedestal next to Lupin III, Astro Boy, and Ranma Saotome as an anime icon. Often self-aware and with movie-quality animation from Studio Madhouse, One-Punch Man made a fool out of the comic book superhero big wigs in ways that even Deadpool has yet to achieve. Best anime of the last ten years? Yeah, no contest, whatsoever!

Licensed by Viz Media, and streaming on Hulu and Daisuki

And thus we have reached the end of our countdown! Did we miss any? Hate any of our choices? Share your thoughts below, and be part of the conversation!