GAME REVIEW | Tripping Over Yourself In "River City" Sports Game 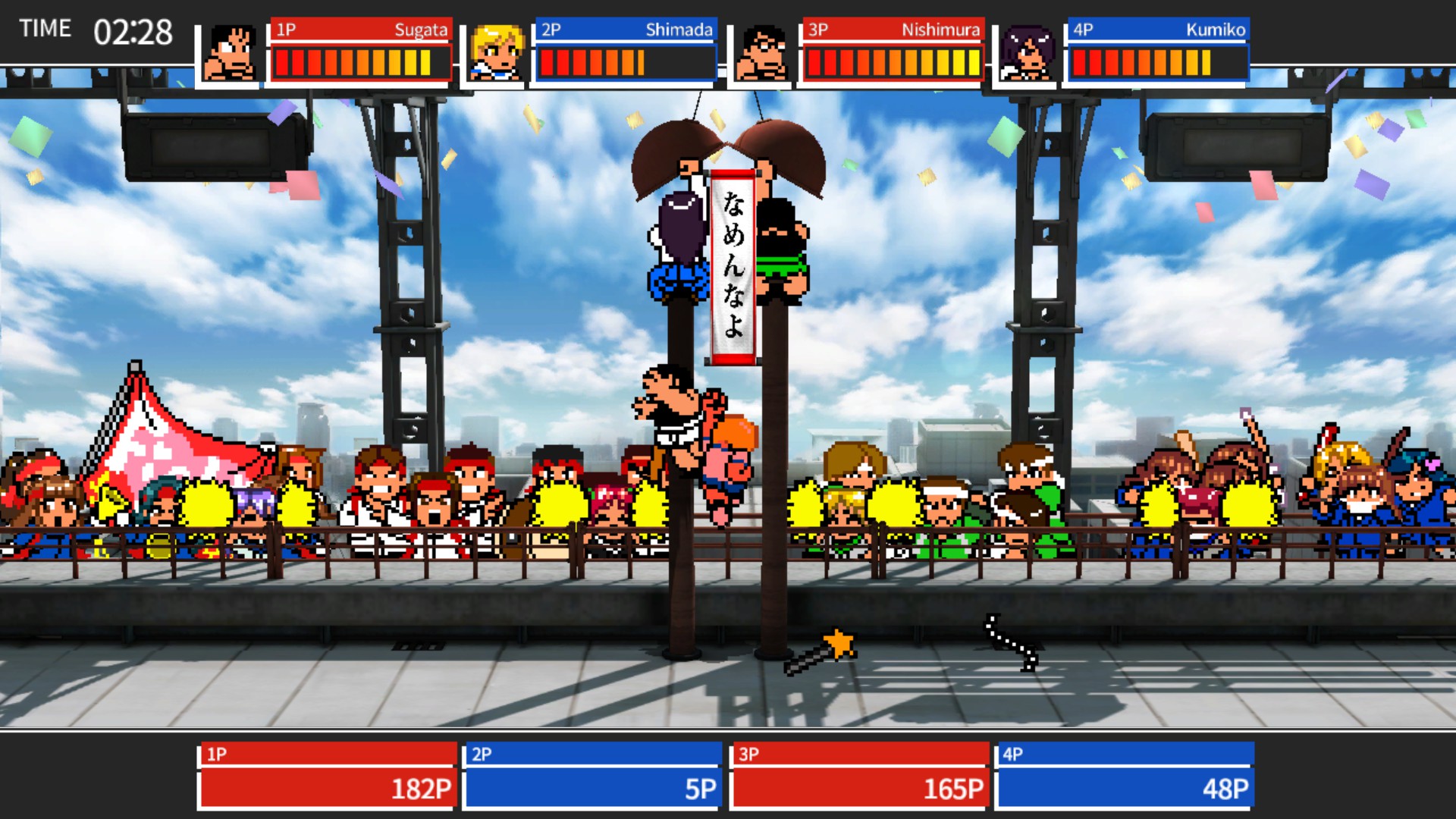 GAME REVIEW | Tripping Over Yourself In "River City" Sports Game

While it's been ages since the last game in the Nekketsu/River City series, Western hopefuls have waited long enough for another localization. Perhaps players will need to wait longer, as River City Super Sports Challenge harkens back a little too much into retro territory, much to gamers detriment.

River City Super Sports Challenge has the series' schools in a competition to fight for the right to rule the school world, as if they were all gangs or something. (Oh right, they were.) Old habits die hard, and the hot-blooded Kunio and Riki aren't about to let the bad guys have their way. So they train for the ultimate competition. 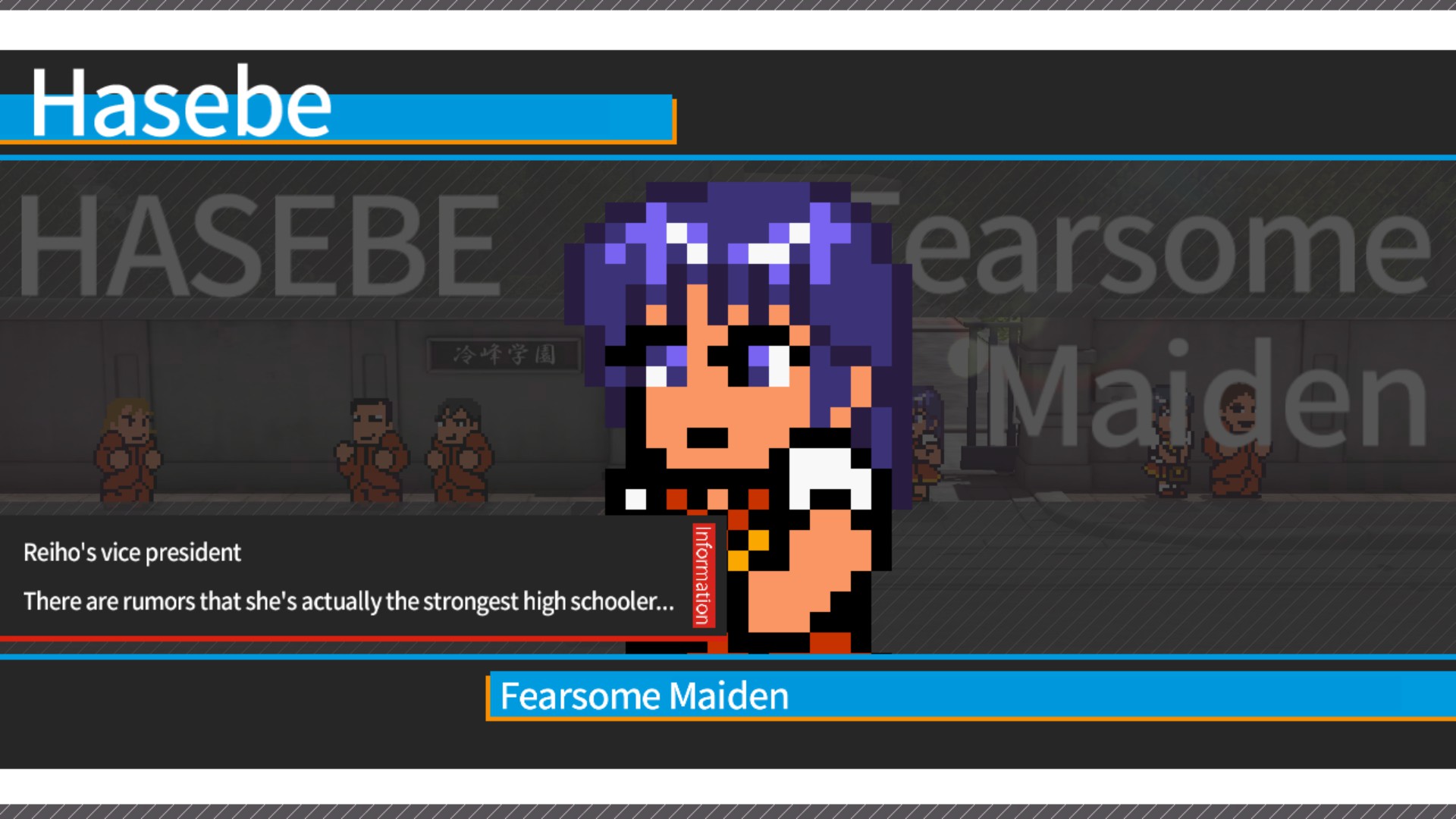 The game has a story mode, free battle, and online battle. A character creation tool is available to make custom characters for use in Online Battle, but the Story mode has a separate new character to use. You can choose to use them, and victory will see you level up.

There are four total events to participate in. Cross-country has you pretty much running a non-standard, but fairly average race. Obstacle Relay is similar, but there's more gimmicky obstacles to deal with. Then there's Camphor Ball, which involves hitting a ball on a long pole in order to out-score the opposition. Finally it's the good old-fashioned Battle Royale, which plays like the iconic beat em ups of the series, albeit in short bursts. No matter which event you play in, there's always the option of using items or your fists and feet to take out the competition. Once you beat an event, you will gain stat boosts to help you with the tougher challenges ahead. 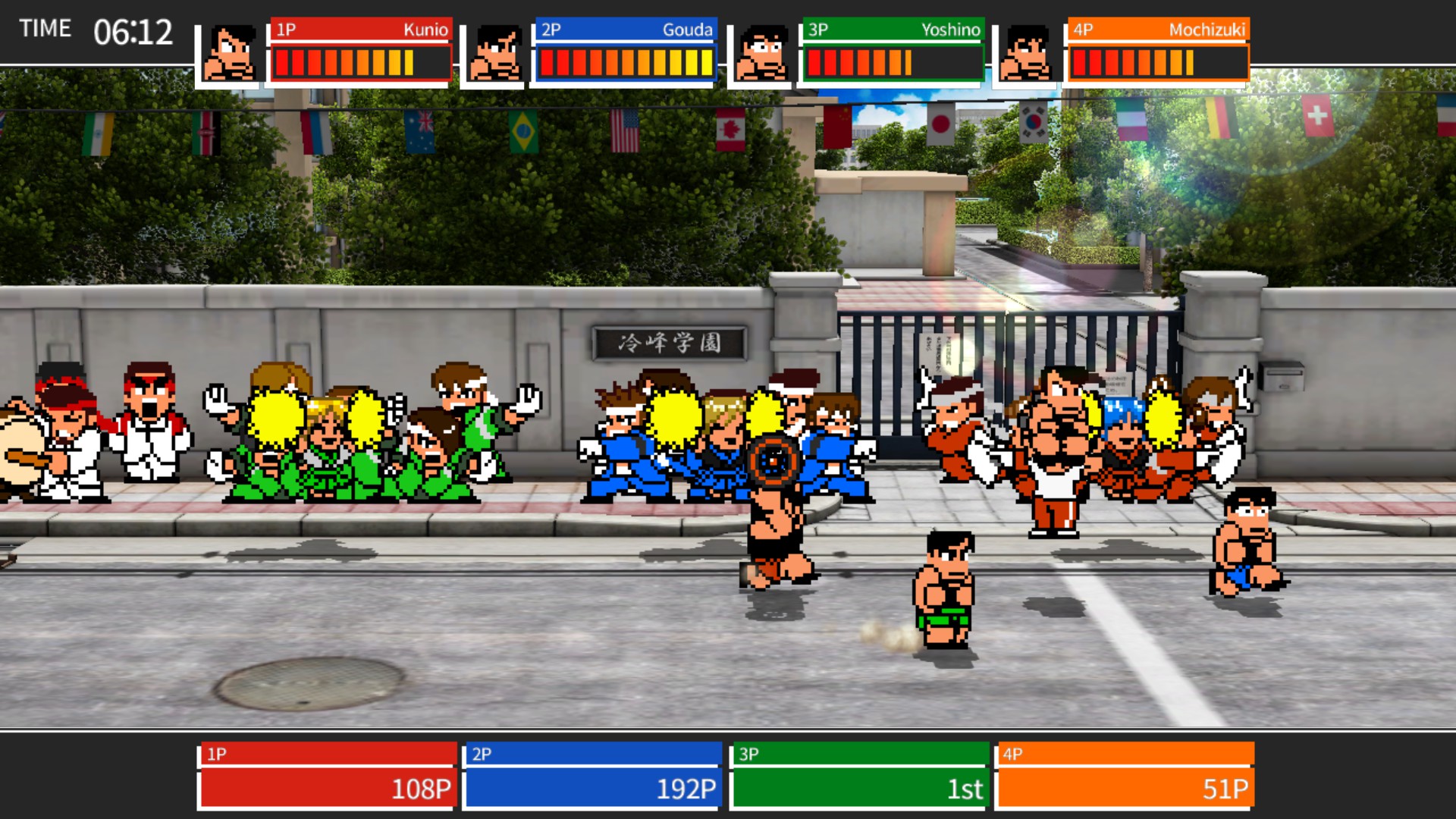 However this is exactly where the game trips over itself. There are no explanations of the game's mechanics, nor are there useful tips to dispense advice to players. As this is a Steam release there are no manuals to read, and the community is largely non-existent. Story Mode expects players to either use other characters than the one you start with since they have better stats, and the later challenges are just too difficult without leveling up your character.

The problem is Story Mode is the only way to reliably do that. Its difficulty is too high even on easy mode, and failure in a match means an instant game over with no quick retry options. It seems almost as if the game made the story mode as an afterthought, and is largely an online multiplayer focused game. 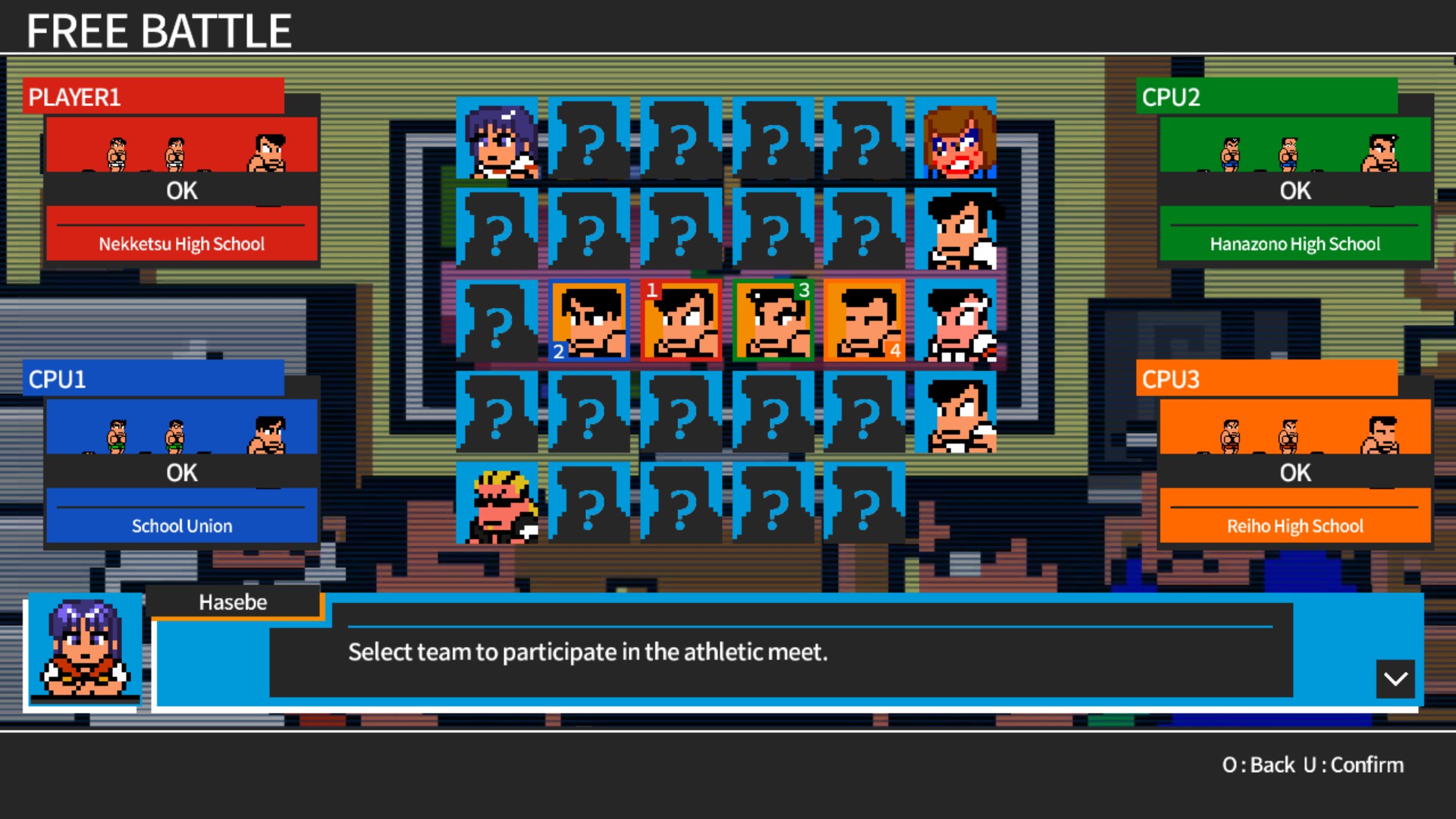 Its music is all done in what seems like a MIDI sequencer, and the retro sprites clash against the flat level design. The only real positive to the game is that the humor is pretty funny, but having to deal with the rest of the game is almost not worth it. Even Crash and the Boys Street Challenge was a better game than this. With all that being said, I sadly can't recommend River City Super Sports Challenge.

The Good: The level of humor is very high.
The Bad: The lack of explanation for any of the game's mechanics.
The Ugly: No way to improve or succeed at Story mode exception through sheer tenacity.

SUMMARY: While it's a successor to the NES title Crash and the Boys Street Challenge, River City Super Sports Challenge lacks any explanation. Its inability to improve your character outside of Story Mode makes for a bad and cheap experience.