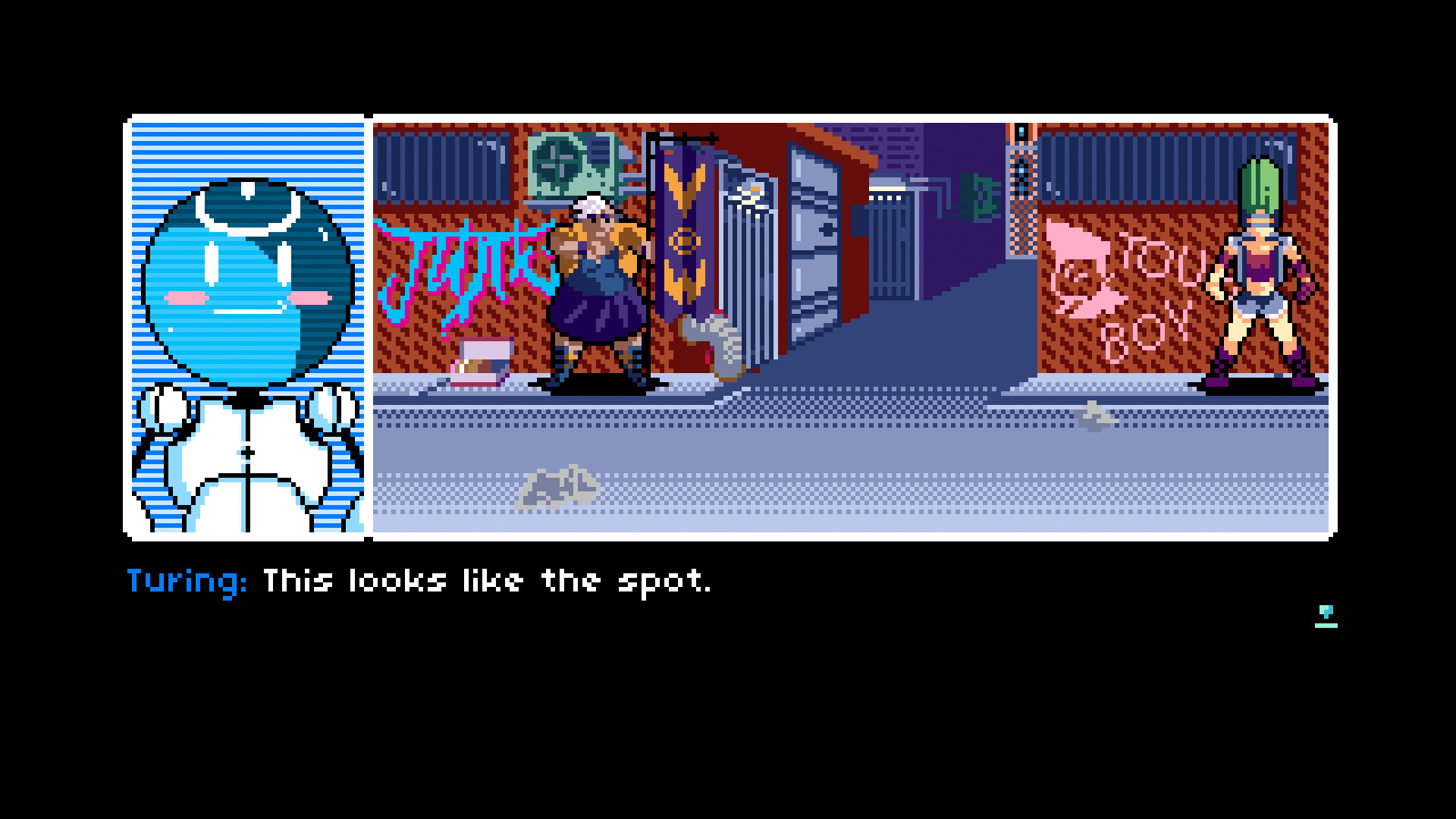 There aren't many adventure games these days, but a fairly recent resurgence has breathed new life into the genre. However one sub-genre hasn't received as much attention: the cyberpunk adventure game. Thankfully the folks at MidBoss Games have answered the call. While Read Only Memories has been out for awhile, this review should prove timely considering that it's gearing up for a release on consoles soon. Plus it's a damn good game to boot!

Read Only Memories is about your avatar, who you can name whatever you want. You choose how the game will address them, providing an ample yet subtle inclusion for a person of any walk of life. Regardless of how you set them up, they are a journalist who -- after doing some work -- finds a disturbance in one of the other tenant's apartments. 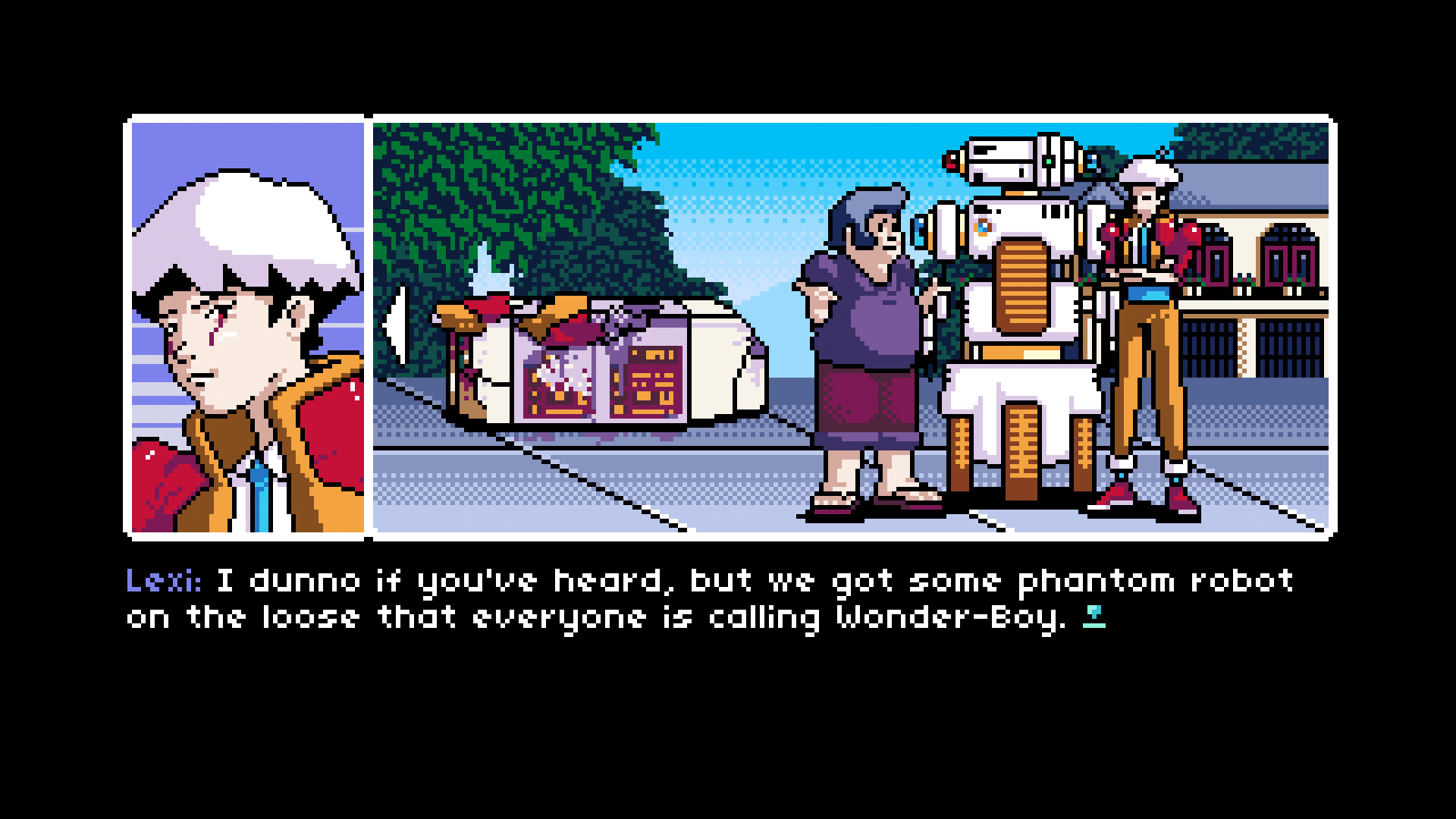 This results in the appearance of a robot with a sophisticated AI inside of it, being the world's first and only sapient robot. His name's Turing, and he joins up with you to find out who killed his creator, and to bring them to justice. Of course it leads to them getting caught up in a conspiracy with a megacorp, with lives on the line. Also Read Only Memories takes place in 2064, before Christmas, which sounds a lot like another classic Cyberpunk adventure game.

The game does very much borrow from Snatcher. Robot companions, genetically engineered meta-humans, and combat androids are all things you can expect to encounter in the story. It hits all these notes, yet does so respectfully so it can be it's own thing. The LGBT representation is also presented in a way that does a great job at being respectful and not feeling shoehorned. When those character's pop up, it's seen as no big deal, as it's become a natural part of the world. Considering the year the game takes place in, it should be expected. The game's not very long, but it has multiple endings that increases the replay value. 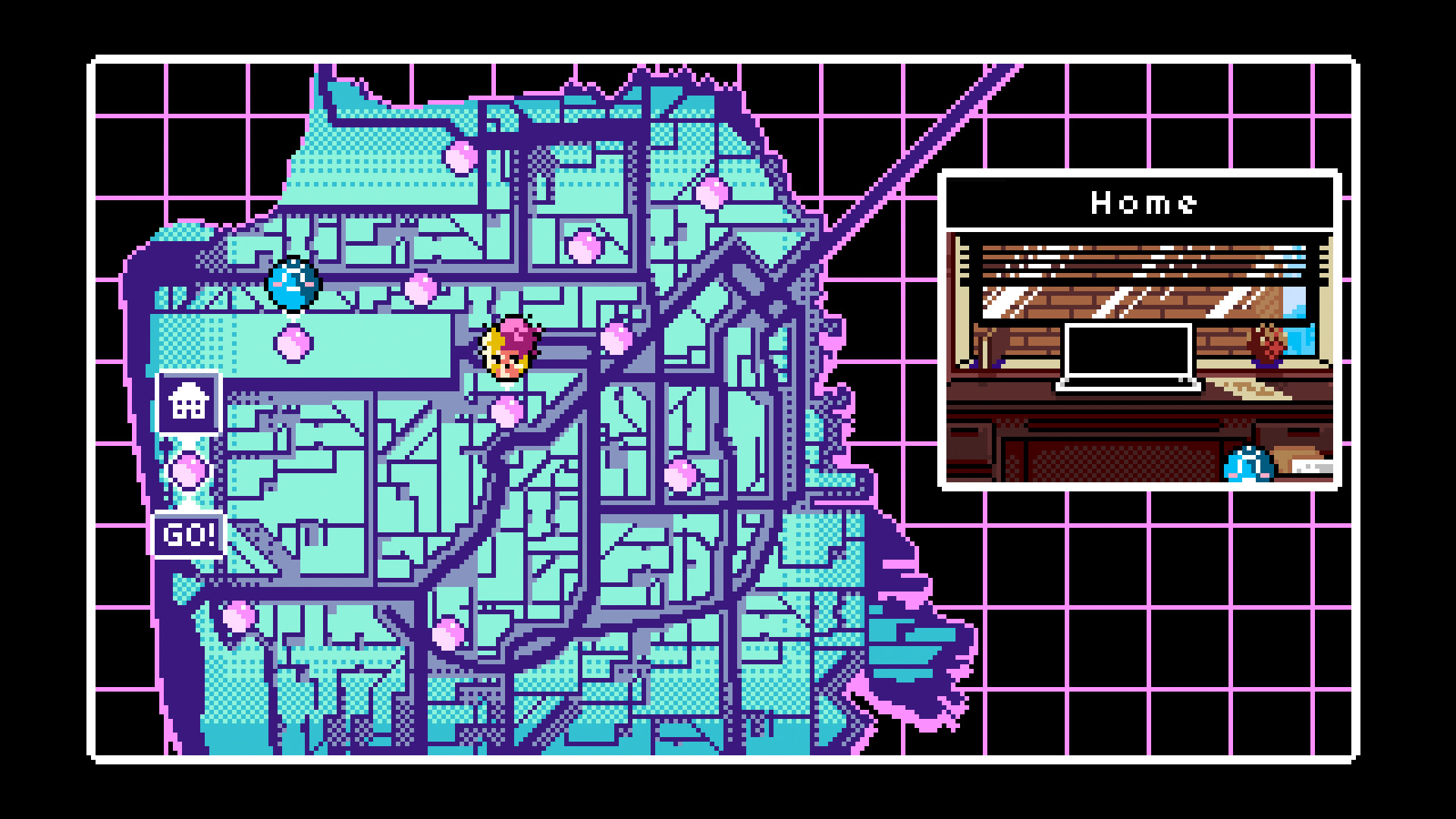 If there is anything the game is lacking or falters in, it would have to be how the puzzles in the game are randomly generated, and how that choices for the endings are also tied to them. It would have been better if the routes branched purely for choices of dialog like many visual novels. The other thing pertains exclusively to the PC version. Sometimes the dialog box selection will fail to highlight if you have your mouse icon already hovering over it, making actually hitting the accept button fail.

If you really love adventure games in a cyberpunk setting, Read Only Memories is a great choice to pick up at $20 USD. The game is also getting an update for full voice-acting that will coincide with the PS4 and Vita releases, so be on the lookout for that. 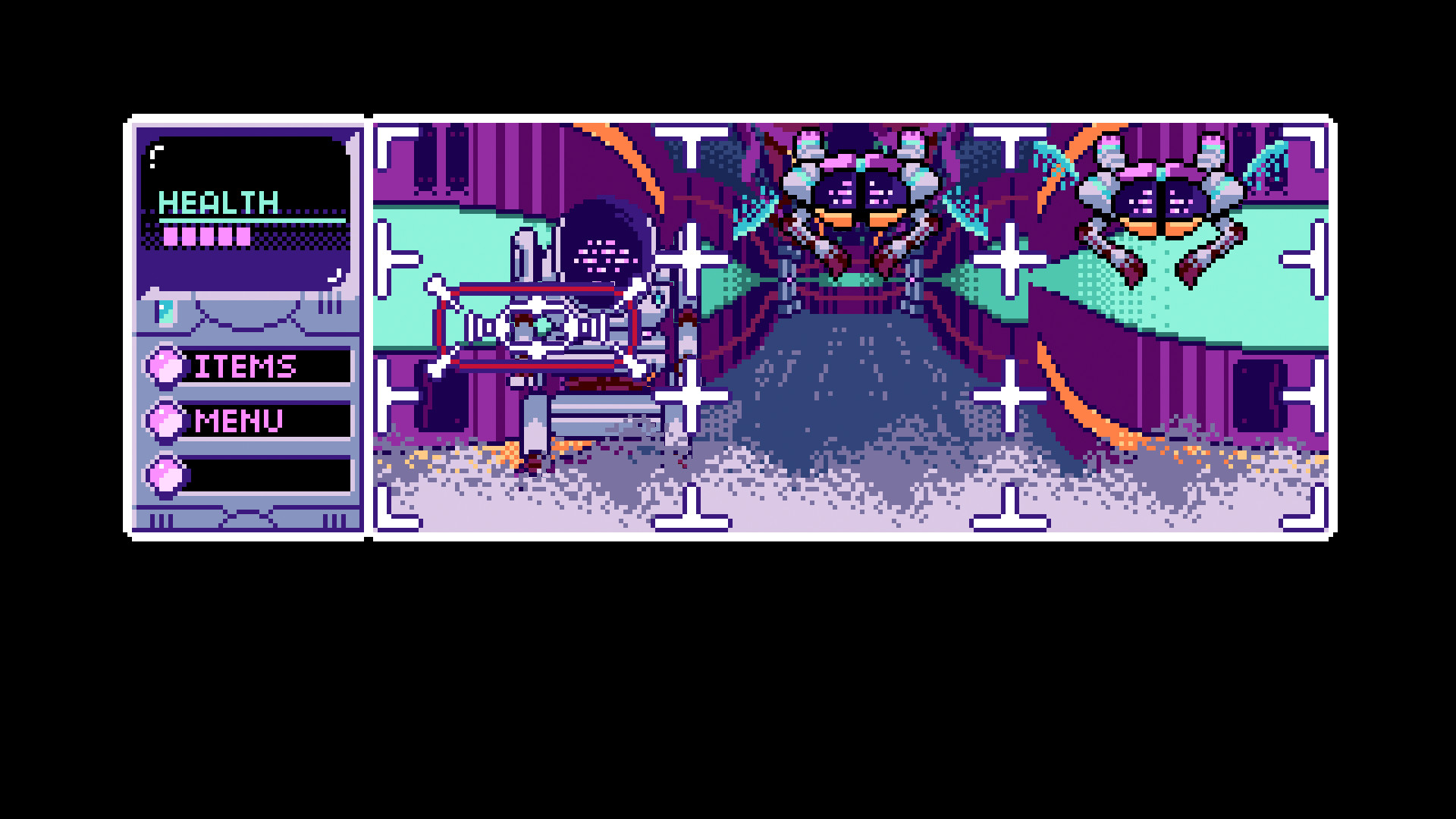 The Good: The game strikes a nice balance between levity and horror, and pays a good deal of respect to it's inspiration.
The Bad: The random nature of some of the puzzle can be annoying.
The Ugly: Sometimes the icons fail to highlight if you already have the mouse hovered over it.

SUMMARY: Read Only Memories is a very good adventure game that pays homage to classics like Snatcher, but the random nature of the puzzles and how they affect endings brings the game down just a little bit.