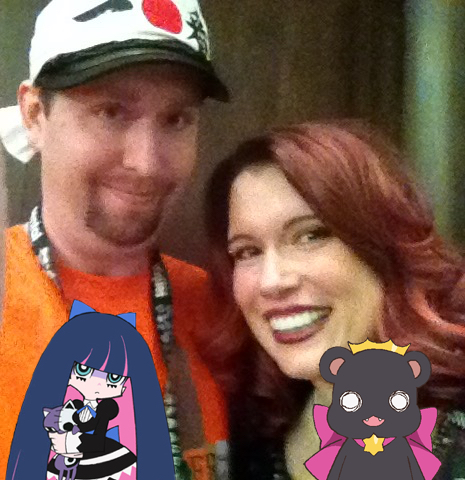 King Baby Duck -- along with Anime Herald, IAMTHINK.com, Wicked Anime, the Toonami Faithful Podcast, and Boston Teens in Print -- sit down with Monical Rial, the voice actress behind Stocking in Panty & Stocking with Garterbelt, Ai in Shin-Chan, and Mei-Ryn in Black Butler. Hear about Rial's portrayal of Hello Kitty, how the anime voice acting industry has changed since starting in 2009, being able to finally play a princely role in Monthly Girls' Nozaki-kun, and the powerful message everyone should learn from in Yurikuma Arashi.