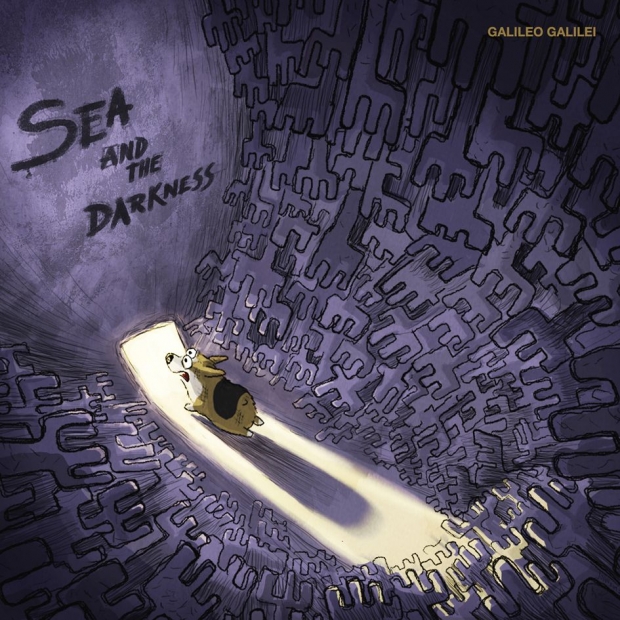 There are moments that remind me of why I fell in love with the Japanese music scene. Sea and The Darkness, the latest album from indie band Galileo Galilei, is one such moment that cements itself as a glowing example of how to not just make a great LP, but also how to transcend their language to a more worldwide audience.

The album's quick title track opens up in a very Dr. Dog-like fashion, with a soft yet powerful vibe blowing through that saunters through the eardrums. This leads into the wonderfully playful "Kung Fu Boy," with vocalist/guitarist Yūki Ozaki bouncing about happily as Brian Wilson-inspired harmonies blanket around him. The shoe-gazing "Ghost" brings forth melodic and artistic elements with a gorgeous dream pop mentality, a sound that the current musical atmosphere seems to be lacking. Meanwhile the duet between Ozaki and J-POP vocalist Aimer in "Bed" gracefully caresses your innermost feelings, as bassist Hitoshi Sakō and drummer Kazuki Ozaki lay in some grooves and beats that feel like they're coming straight out of a Frank Black solo record.

"Blues" halts the overtly-positive message the album has for the most part, with Galileo Galilei pushing through some anguish with some emotionally-charged playing. As this is to be the final album from them (they'll be disbanding in April after one last tour) the trio puts practically everything into this one rip-roaring track. The good vibes return in the recent Haikyū!! end theme "Climber," building up the mentality of trying to reach to the top of the mountain in the same way the Karasuno High School team wishes to achieve. "Bonnie to Clyde," the album's final track, is a fun Sunday drive song that is bound to put a smile on anyone's face when hearing it. (With our luck, this ride won't end in a hail of bullets in the same way the title's namesake did.)

As sad as it is that this is Galileo Galilei's last record, we can at least be happy that they went out at the top their game with Sea and The Darkness. Despite it being the final chapter in this band's fairy tale, it is indeed an ending worthy of a "happily ever after." It may be too early to already be thinking of the best albums of 2016, but one thing's for certain: Sea and The Darkness is without a doubt one record that deserves a spot in any indie rock lover's collection.

Galileo Galilei's Sea and The Darkness can be found on CDJapan.co.jp and YesAsia