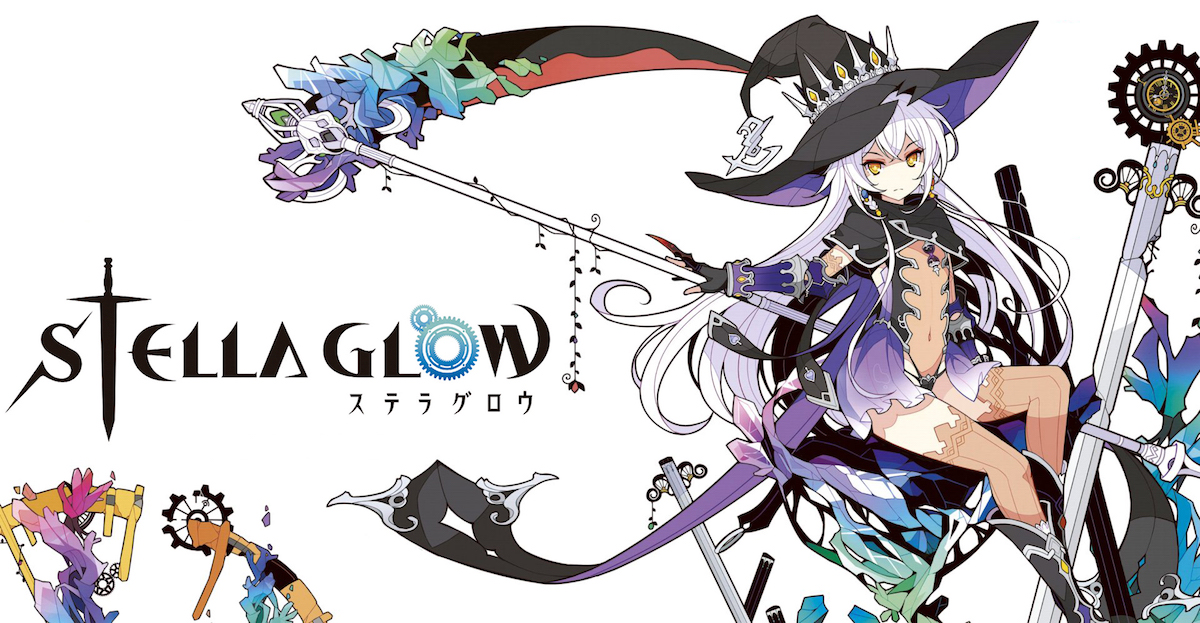 Imageepoch has gone through quite a lot in its somewhat short lifespan as a company. Founded back 2005 their first title was Luminous Arc in 2007, so it's only fitting that they close out with the series' planned spiritual successor. While Luminous Arc continues as a series under Felistella, Stella Glow is developed by the original team responsible for the the series, so a lot of the series' DNA is in the game. The result is a game that's worth playing, even if the game is atypical of Imageepoch's usual output. Hey, it could be worse (which Imageepoch is quite capable of); it could have been Time and Eternity. Thank the stars it isn't.

Stella Glow is about a world in which God got angry at humanity and instead of killing them, they were stopped by a hero. However it came at the price, as the ability to sing was stripped from humans. The only ones who could sing are witches, who use song to power most of their magic. Fast-forward to 1000 years later, and a young amnesiac man named Alto runs into a woman who turns out to be one of the witches. The only problem is she is the Witch of Destruction, and thinks that the world's salvation can only be achieved through it's destruction. Therefore she encases Alto's new hometown in crystal. Before escaping, his friend Lisette awakens as a witch, and they both vow to restore their town and stop Hilda. To this end they join the Royal Knights to recruit the other witches, so they can all perform a song called the Anthem to restore the crystallized regions. It's a typical plot, and there's even an eventual hot springs scene. Hey, at least the story and dialog are still fun.

The gameplay is pretty typical as well, with only a few tweaks to make it a bit more interesting. Stella Glow is an isometic strategy RPG with fixed camera angles. Attacking your enemies from the sides and back is more effective than the front, and characters have both battle skills and active skills to employ. Witches are the only ones who use magic, and they can also sing using PP accumulated in battle (or Alto can conduct a song for a witch to sing). These songs have a nice initial effect like negating enemy actions for a few turns, with each success turn inflicting buffs or debuffs on allies and enemies, respectively. The passive skills are more interesting, as they are earned by doing social link styled chats done during Free Time. They can interplay with each-other nicely, such as Alto using parry to negate an attack, then counterattacking with a support skill from another character nearby, boosting his power. Free Time happens during non-mission parts of the game, and you can do a few other things like go exploring for treasure or doing side jobs for extra money.

Having chats to increase your affinity is a better use of your time, as the skills are more important to learn, and money is easy enough to gain through battles and selling materials. The witches will need extra work, too, as they will get an emotional mental block, and you will need to 'tune' them to sort their feelings out. Apparently if you are a special person, you get special problems that only a special man can fix. It's kinda not the best message to send in this day and age. Lack of self-awareness of social issues in gaming aside, it's an annoying gameplay gimmick.

In Stella Glow you have to fight a battle with special conditions, and they are slow-paced. At least you get a chance to level up characters a bit more, as most battles are story-centric. The only other time to grind is during free battles, some of which make use of Play Coins. Not that leveling up is a good idea, as you get less EXP from enemies on that character's level or lower (at least in the first play-through). One more mechanic is the ability to equip orbs with passive effects on your weapons. All these features end up making the game relatively easy, and more suited for casual players or newcomers to the genre. If you want to increase the challenge, you can go for the special reward conditions in battles.

The game has a great soundtrack, but the visuals are represented in a chibi-style during battles and anime-styled cut-scenes. It looks good enough, though. Voice acting is also decent, but it's only in English, although the songs are still in Japanese with no subtitled lyrics. The few animated cut-scenes aren't subtitled either, which is odd. Aside from the Conducting and Tuning sequences potentially providing players with discomfort, the other issues mostly consist of the game being atypical of the genre and of Imageepoch themselves.

Perhaps if they hadn't run into the financial troubles they did, Stella Glow would have done a lot better. I'm surprised that it turned out as well as it did. At least Imageepoch left the stage on a good note rather then a terrible one. They may have failed in 'saving the JRPG', but they certainly left their mark. Stella Glow is a good time for any SRPG or JRPG fan.

The Good – Gameplay is competent, but the soundtrack is terrific.
The Bad – Predictable JRPG plot.
The Ugly – The discomfort you might feel when realizing that tuning the witches sounds a bit skeevy.

SUMMARY: Stella Glow is a good Strategy RPG that closes Imageepoch's contribution to gaming with much of the same quality that they've put out over the years. Amen to that.