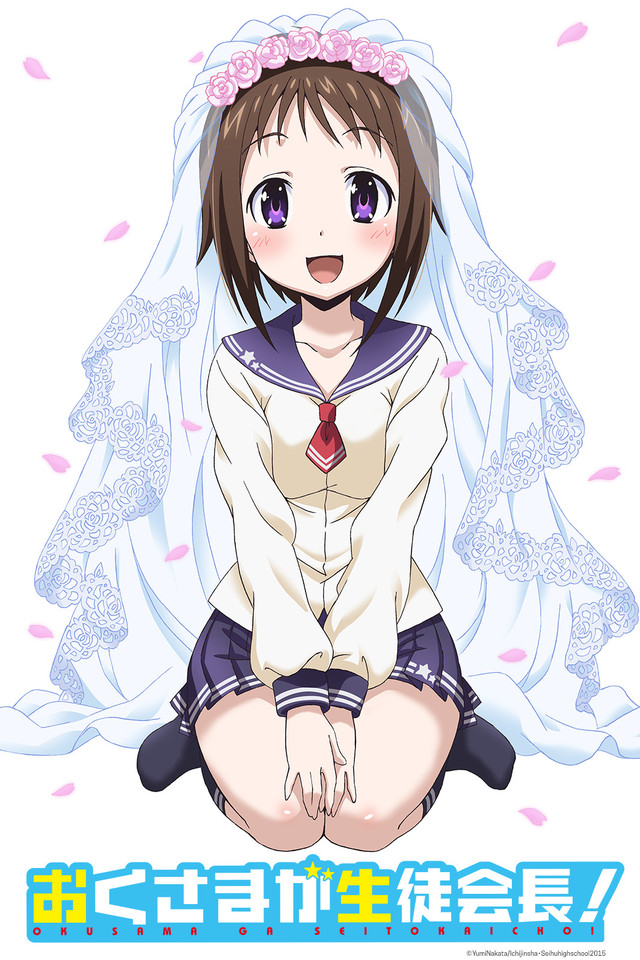 I have a question for the ones responsible for creating manga and anime: is it really that hard to write about college students? Anytime a comedy with erotic undertones (or overtones, in some cases) peers its head out of the perverted closet the characters portrayed in it are usually in high school, sometimes in lower grades than that. It's a trend that I've come across for many years as an avid anime viewer, with the boundaries of what you can or can't do on TV becoming blurrier as time goes by. Maybe I'm just nitpicking here, but when it comes to these sorts of shows or manga they should either raise the characters' ages or tone down the naughtiness to John Hughes levels.

With that minor rant being said, My Wife is the Student Council President isn't as bad as one may think it is. The question remains, however, is whether or not it's still a worthwhile viewing.

The anime focuses on Ui Wakana (Ayane Taketatsu) and Hayato Izumi (Kazuyuki Okitsu), the president and vice-president of their high school's student council. Izumi was hoping to win the election, but after Ui's electoral speech that involved throwing contraceptives at the cheering election he finds himself now under her wing. One night Ui arrives at Hayato's house, and announces that both their parents -- after a night of drinking -- made a marriage arrangement deal between the two of them. Now living under the same roof, Ui and Hayato must keep their relationship a secret in fear of a school scandal breaking out. 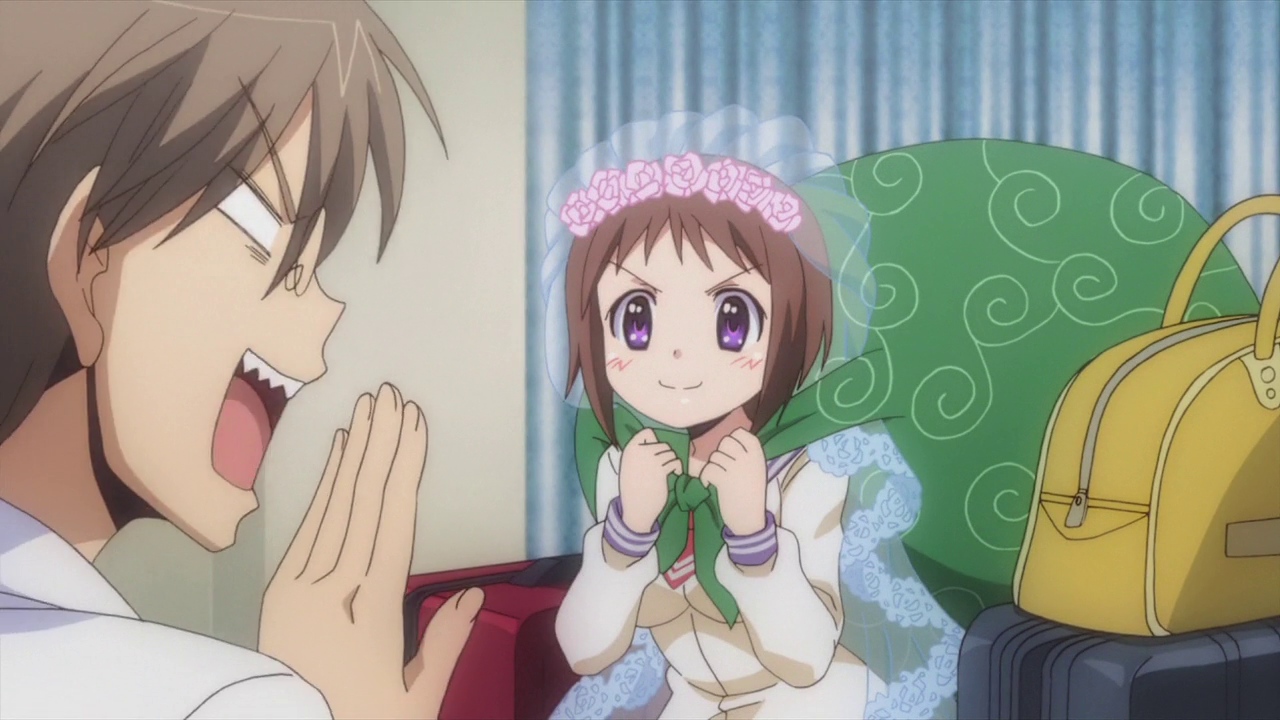 As they get used to living together Ui does what she can to make her future husband Hayato happy, and that involves...well, you can probably fill the blanks in here. Of course with both being inexperienced it leads to some mess-ups and miscommunication in and out of the bedroom. The deeper the relationship becomes, the harder it is to keep it a secret, especially when it comes to keeping it on the down-low from Rin Misumi (Minami Tsuda), the head of the disciplinary committee.

It's really hard to say whether or not My Wife is the Student Council President is recommendable. It does get some good laughs in, ranging from Ui's baby chick visual gag when she gets flustered to the mentality and youthful appearance of her parents. However it's when the fan-service-y parts of the show come into play when the material becomes questionable. These characters are barely sixteen, and while I understand that that's Japan's legal marriage age they attempt some things that I'm sure no actual person their age would even think of trying. (Then again with the amount of teenage pregnancies I used to see back in high school, I could very well be wrong on that assumption.) 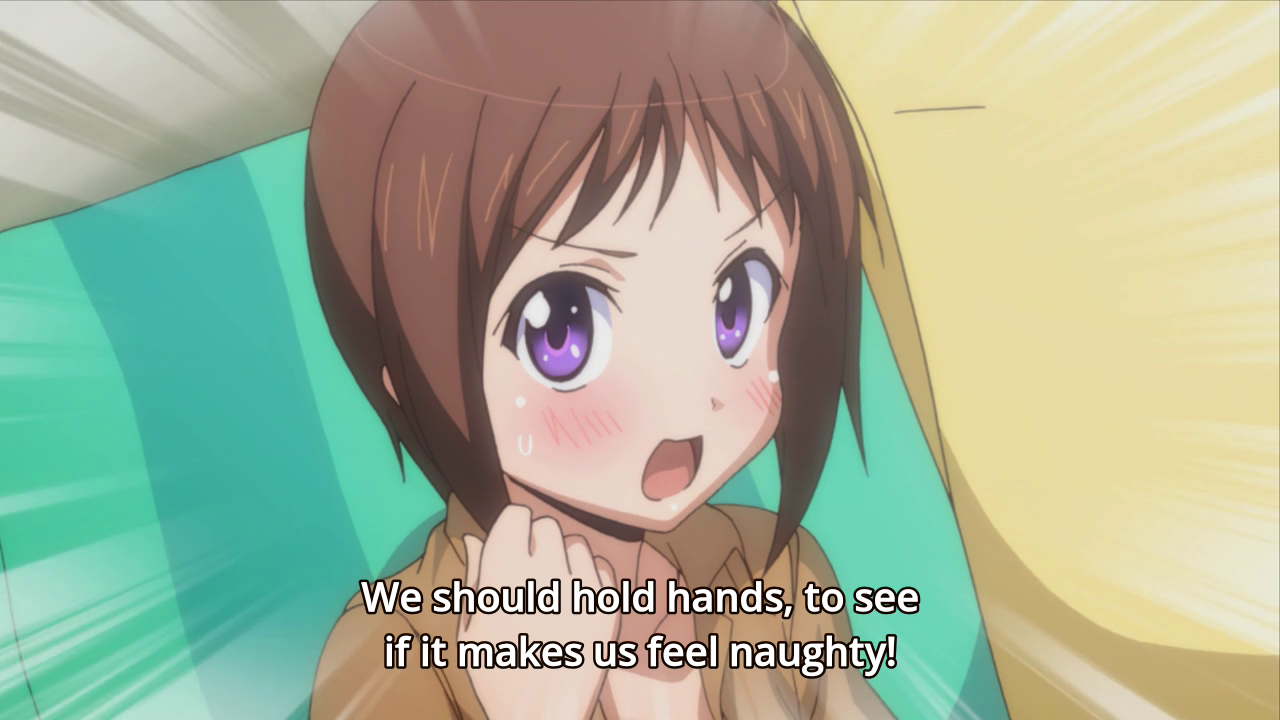 I'm actually surprised by what this anime was able to get away with, and that's a sentence I've found myself repeating over the course of the year. Shown both in censored and uncensored formats (premium members only for the latter) the show goes near-hentai levels of heavy petting, with the uncut version almost reaching hard R levels of sexuality. In fact it almost makes some of the most adult cartoons of yesteryear seem tame in comparison. I'm not sure whether or not to applaud or complain about the show's decision to take things down to the level it is, although that may factor in on who it is I'm discussing this program with.

The performances from the seiyuu are pretty good, though, with the chemistry between Taketatsu and Okitsu as our arranged marriage participants Ui and Hayato diverging through the emotions of innocence, pervertedness, and affectionate with a good clean flow. As Rin, Tsuda plays the uptight disciplinarian fairly well, with her feelings coming through little-by-little so as to not let viewers think she's totally stoic. A big surprise in the cast came in the form of Ui's mother, played by Tomoko Kaneda (whom many will remember for her role as Chiyo-chan in Azumanga Daioh!). It seems fitting that she'd play the young-looking mother, as Kaneda is able to pull off the cuteness of her past role while pushing the two high schoolers towards one another in some rather sinisterly funny ways. 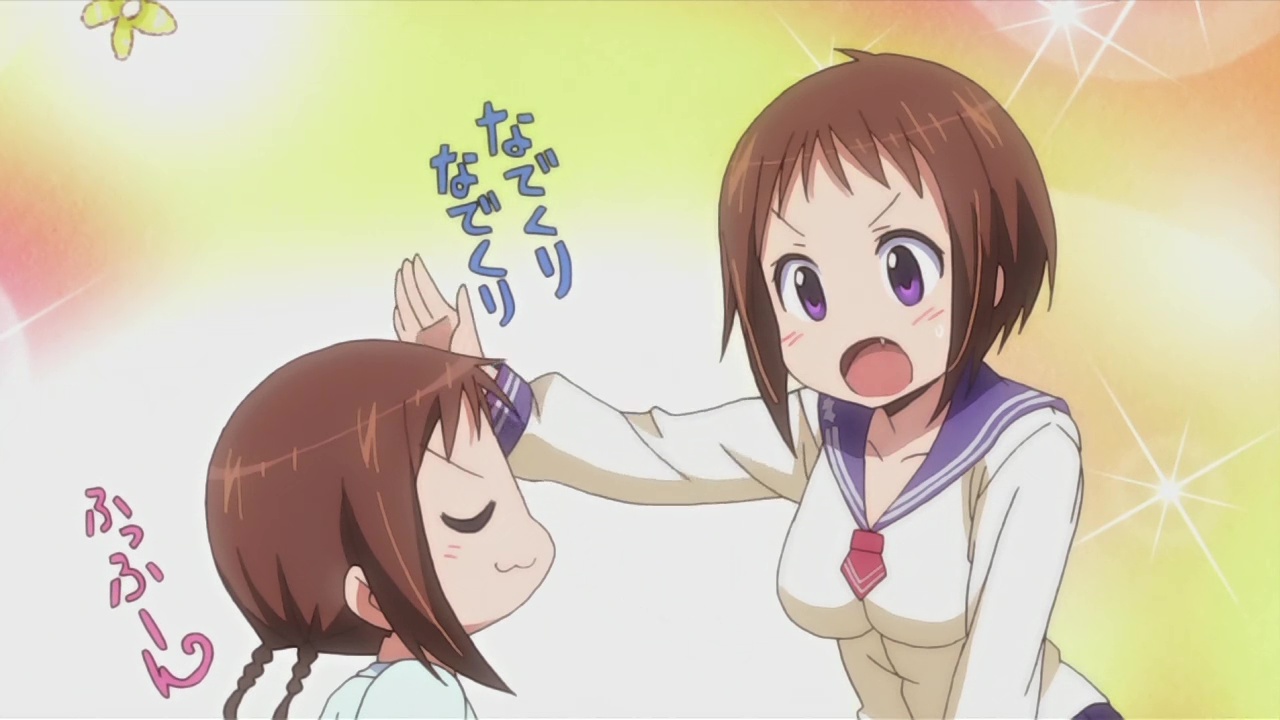 Studio Seven, who was responsible for last year's I Can't Understand What My Husband is Saying, does a fair job with the show's animation. A lot of the better visual gags are done well, especially when it comes to the purple devils that will sometimes appear around Hayato when he gets into a much randier mentality. Granted it's not the best thing you'll see animated this year, but it gets the job done in regards to what it wants to do.

My Wife is the Student Council President isn't a terrible show; in fact it can be pretty funny when the right gag shows up. However I wouldn't call it quality entertainment. Instead you can probably stick this anime into the "watch when bored" category. (A marathon viewing will take you approximately 96 minutes, thanks to the show's short run time.) Still there are much better-written ero-romantic comedies you could plop down and view if one were inclined to do their research. Consider My Wife is the Student Council as an anime that's better than it should be, but not as great as it could be.

My Wife is the Student Council President can be viewed on Crunchyroll, with the uncensored version only available to premium members. Episodes 1-12 were observed for this review.