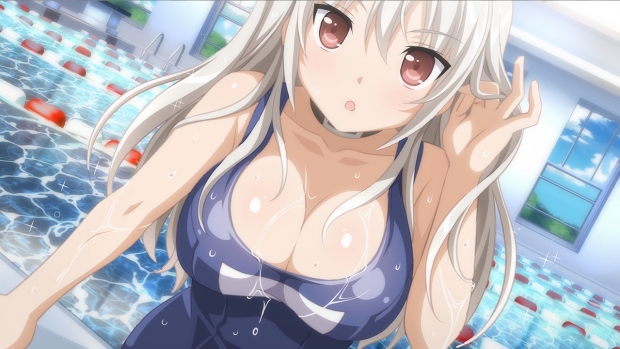 Winged Cloud has pumping out pretty average short visual novel after novel with a regular pace for some time now. The last two entries, Sakura Clicker and Sakura Beach, were in a few ways a step backwards. Sakura Clicker was a basically free clicker game, and Sakura Beach was a step back in terms of quality. With this new iteration, Sakura Swim Club, the developer has finally stepped into eroge territory (assuming you know where to get the adult version, as it's not readily available on Steam). With their latest visual novel, Winged Cloud might be on the precipice of a more interesting outlook. They still need to nail the pacing, though.

Sakura Swim Club is about a young man named Kaede, who has been whisked from school to school in an effort to stymie his funk of the concept of school itself. Kaeda attempts to find the one place he can find enjoyment, with things looking grim for him until he learns about the Swim Club. He's discouraged from joining because it apparently has a bad reputation, but being the rebellious, curious, and skeptical type this emboldens him to check it out anyway. 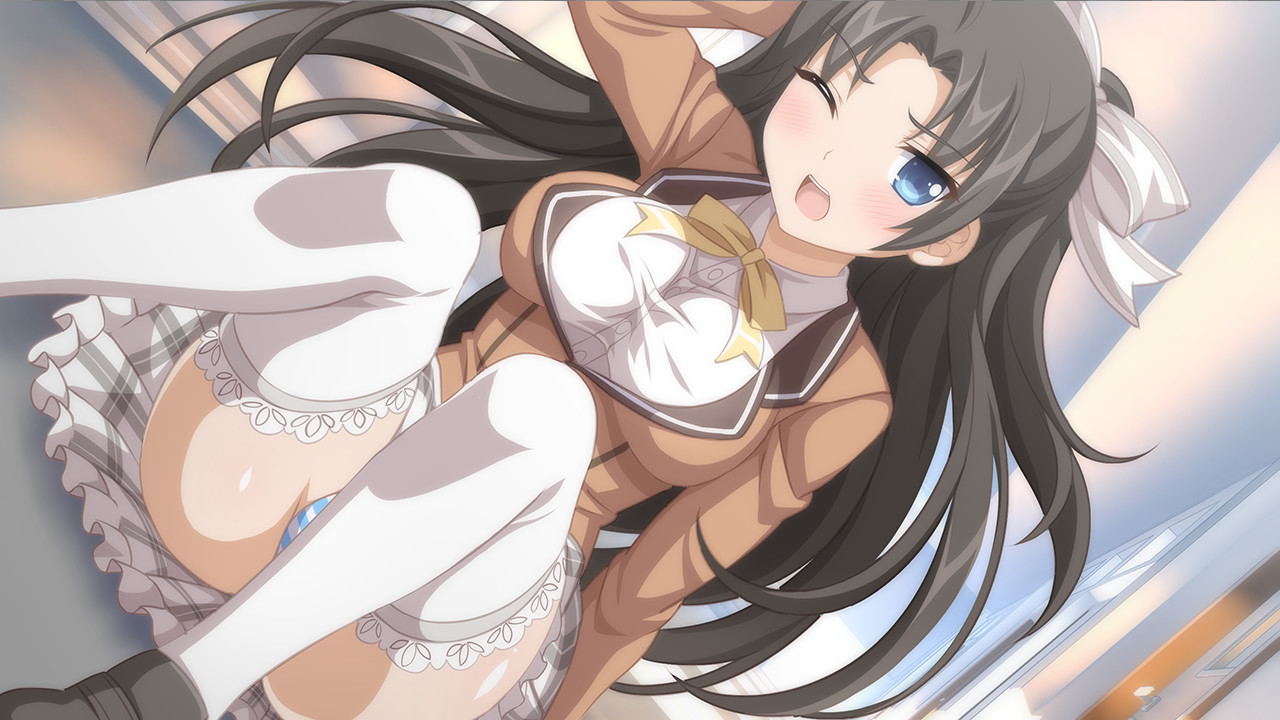 Once at the club, he meets the only two members: Hiromi and Meiko. They need Kaeda to join in order to prevent the club from being shut down. Of course he finds his calling, and under Hiromi and Meiko's training he finds something that he enjoys. However in the course of making friends, his relationship with the two becomes something more.

Sakura Swim Club a nice story, but there are some pacing issues. If you get the uncut version on Denpasoft the last third of the game enters in eroge territory, with hentai scenes to boot. With this content the visual novel becomes something more than a romance story. Without it the better part of the game remains within the range of the typical Winged Cloud motifs. Kaede accidentally walking in on the girls when they change, or something else happening that gives him an accidental peak at their unmentionables. Of course they get embarrassed and angry, calling him a pervert and fiend. 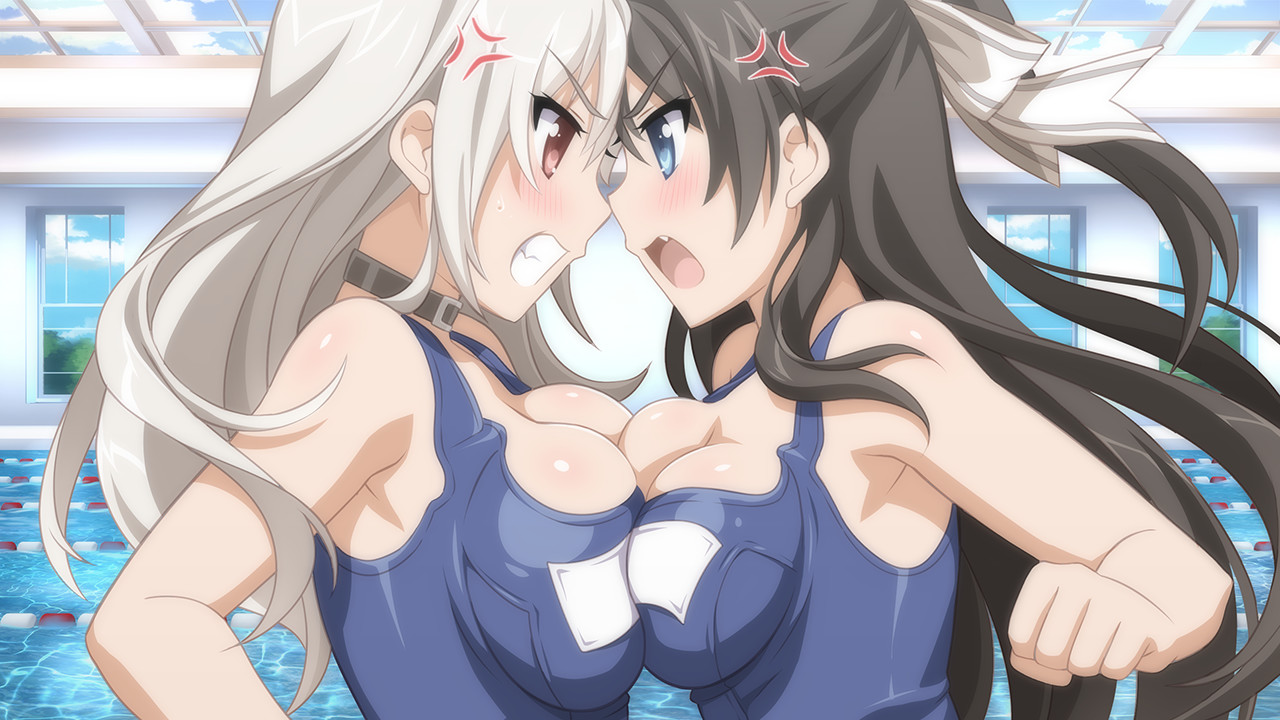 This stuff has already been done to death in the Sakura series, and maybe with a longer run time, better pacing, and a complete focus on being an eroge or a fan-service game Sakura Swim Club could have been more enjoyable than what it turned out to be. It's still a nice short story regardless, and serves as a decent entry level eroge, as it's not too overwhelming for newcomers. (Also people who buy it on Steam can find easy workarounds to restoring the edited content.) Maybe the next game Winged Cloud does in this genre can be put on the store, completely uncut without restrictions, owing to Valve's new policies. At that time I do hope that the experience will be more comprehensive and focused. With that said Sakura Swim Club is not bad for ten bucks, though.

The Good - Although the Steam version requires a workaround, it's an easy task to get the adult content restored.
The Bad - Voice acting might have made the game a bit more interesting, but it's not present.
The Ugly - The adult content comes in a bit late, and the game is only two hours long, making the payoff harder to accept.