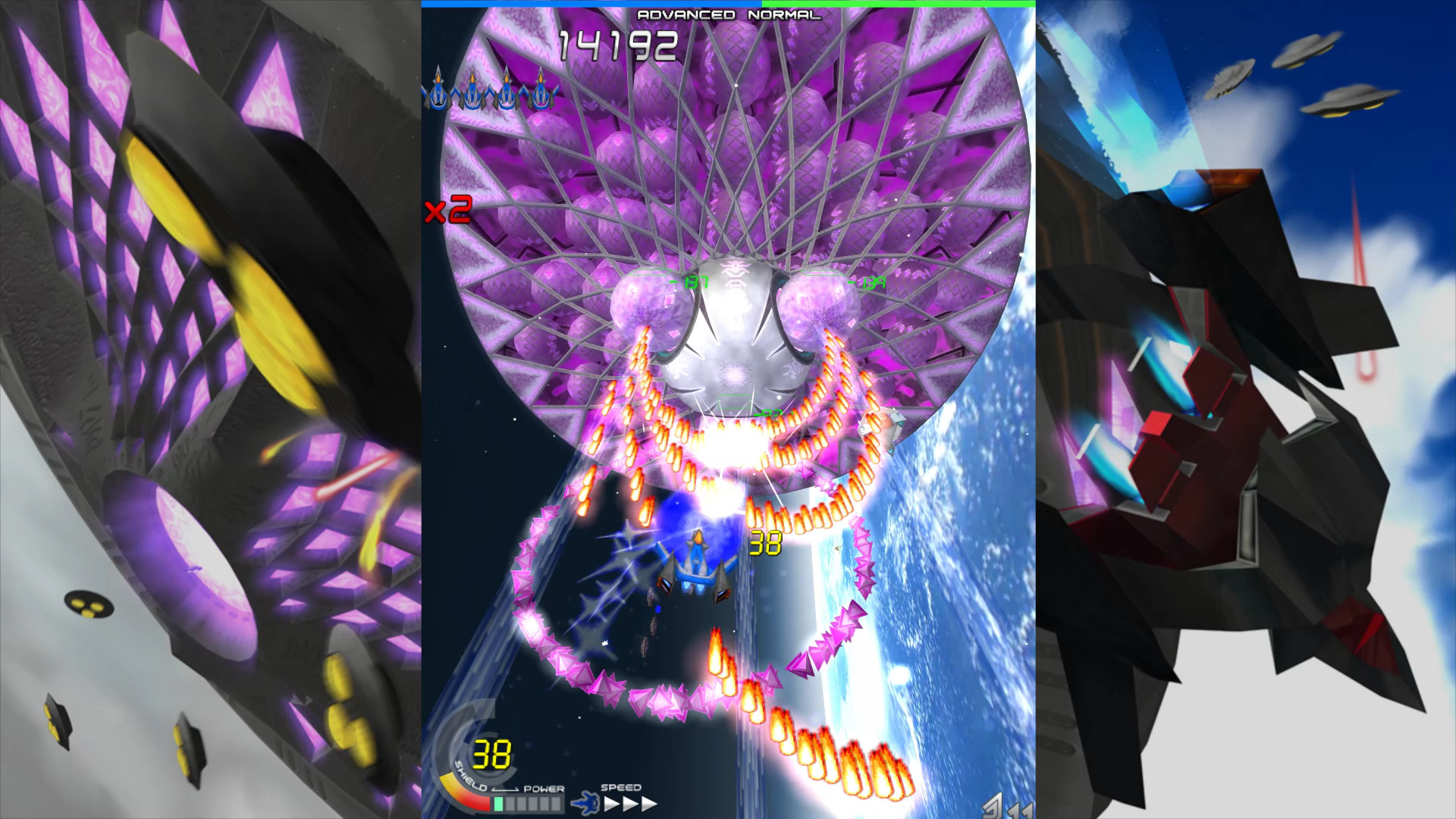 Eschatos launched on the 360 in 2011, which was often the home for shoot-em-ups released in Japan. As such most of them weren't localized. Four years later, publisher Degica Games has answered the call and launched a shmup initiative on Steam. Their first game is Eschatos from developer Qute, and it's a good thing since it offers a great time. There's just one puzzling thing about it...

Eschatos is a STG, so the perspective is a top down view. Your ship can be one of two default colors, and it can do several methods of attack. You can fire in a straight line concentrated blast, or use a spread shot. The last form of offense is an energy shield that can take out small enemies in the front. Its shield is powered by a meter which refills quickly but drains just as much. 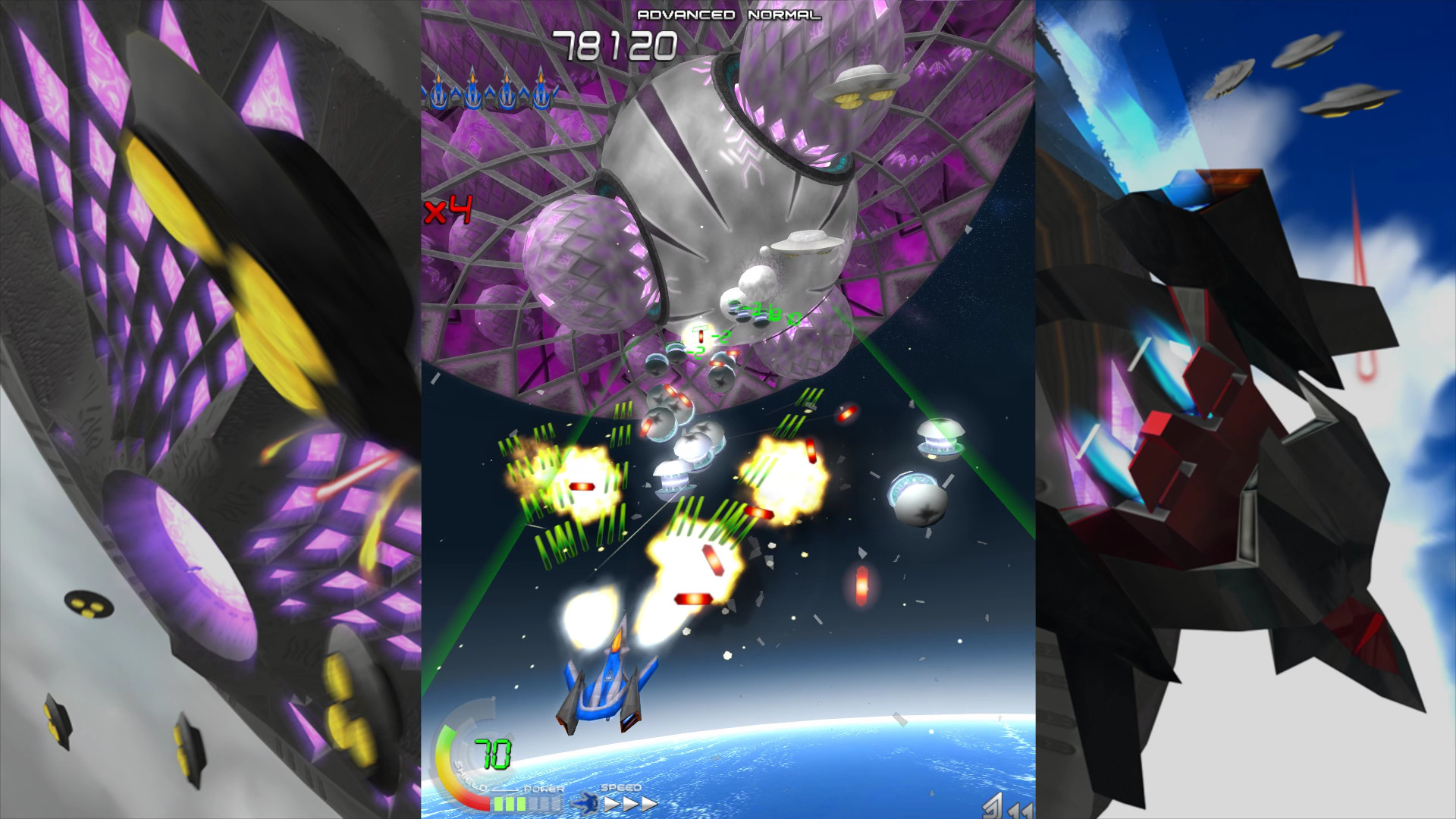 There are power-ups, but in Original Mode the only pickups are smart-bombs that activate instantly. On Advanced Mode the game gets a lot more interesting. Power-ups can raise the strength of your shot types, but getting destroyed will knock it down a level. The energy shield also doesn't refill easily, so it should be used sparingly.

Eschatos is pretty challenging, but repeated playthroughs could see players eventually conquer the game's levels. Each run will unlock things in the game based on your score, like more credits. This is good as you only start with a single credit and three lives. The game encourages players to improve by providing incentives for new runs. 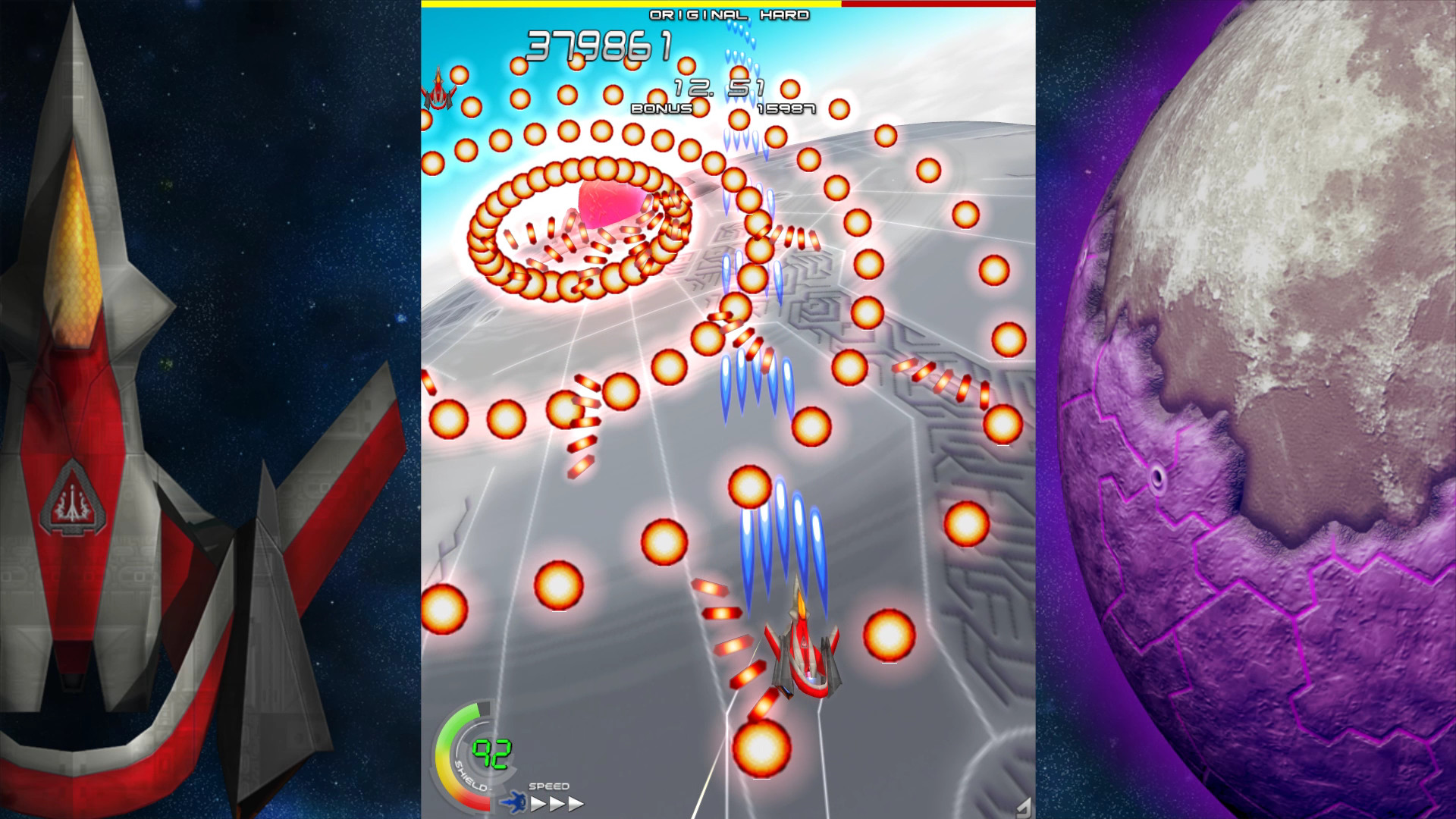 This also has the effect of getting better through repetition. It's kind of like grinding in an RPG. There's only one big problem with this:  you can't pull up a list of the milestones for the unlockables are, which makes setting goals difficult.

Eschatos is still really quite fun, and the music is pretty catchy. The soundtrack really has a X68K or MSX vibe going for it. Visuals aren't exactly impressive, but they get the job done, plus the framerate is great. If you want a fun shmup that will challenge you -- yet encourage you to do better -- it's a good one to pick up. At the very least it will tide players over until Degica Games launches it's waves of CAVE shmups. 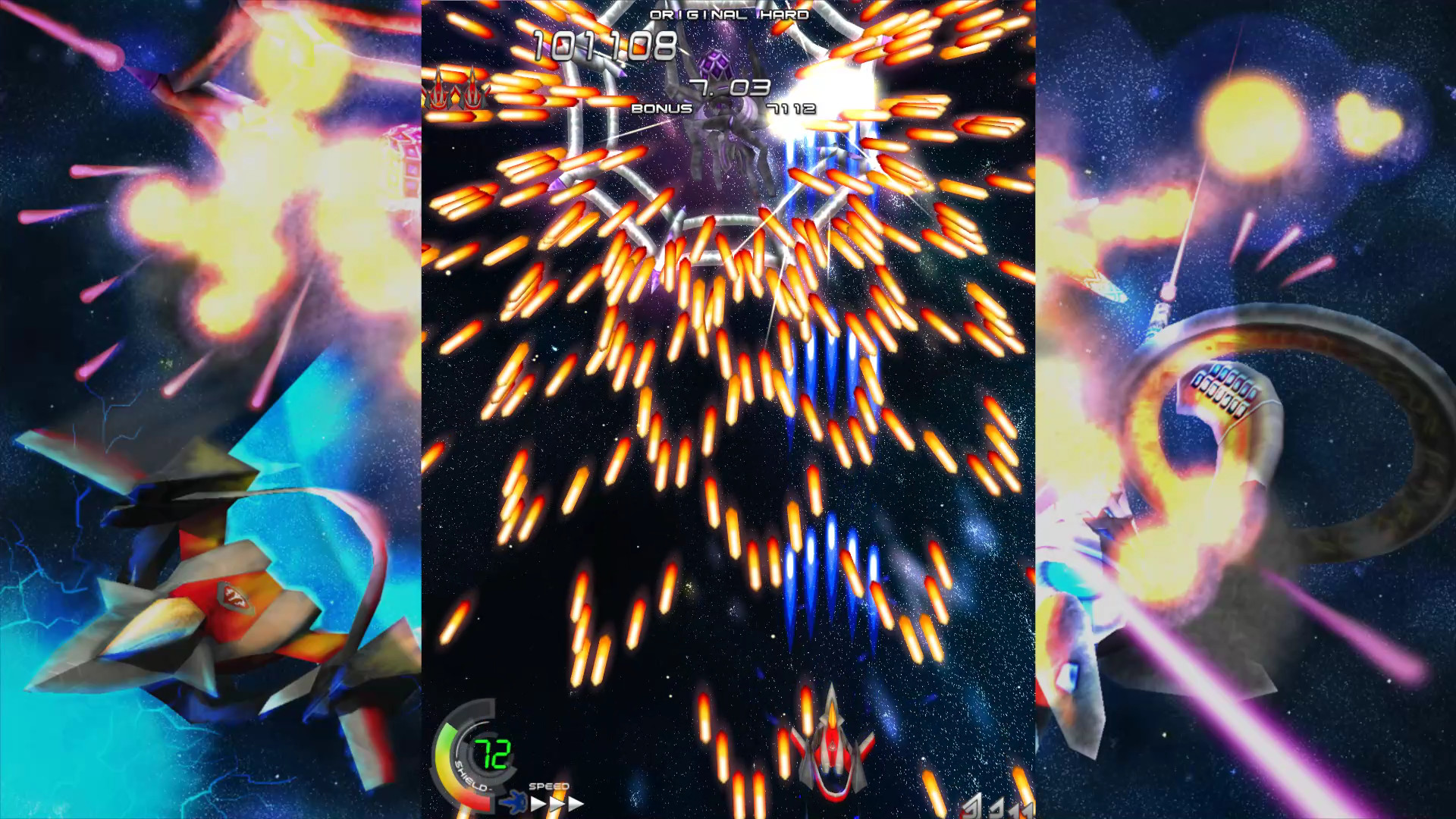 The Good – Unlockables earned through scoring makes for great replayability.
The Bad – They could've at least started players off with more credits.
The Ugly – No way to see what unlocks at which thresholds.

Summary: Eschatos is a fun shoot-em-up that encourages players to keep playing by offering incentives, but those incentives are not listed anywhere.

ANIME REVIEW | An Undead Twist On...