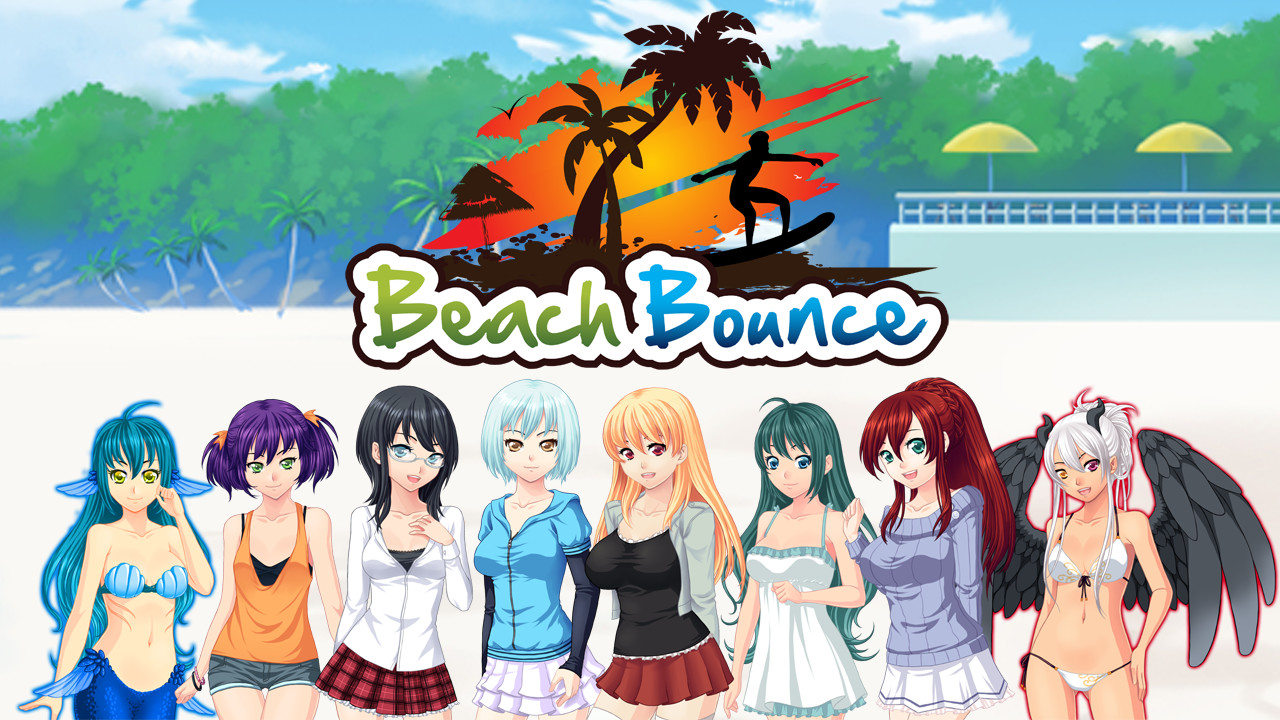 Beach Bounce at first sounded like an interesting premise, containing both a fun setting and colorful visuals. However after going in deep with the first episode it's clear that this Kickstarted title has a lot of bumps to overcome before being considered to be a good visual novel.

Episode One of Beach Bounce has you taking the reins of Tomoyo, a guy on a summer vacation visiting his grandmother. He hasn't seen her in almost a decade, and as such he is hoping to catch up on loads of lost time with her. However upon entering her beach resort Tomoyo discovers that his grandmother is in the hospital, and after checking up on her he decides to lend a helping hand to the staff at Beach Bounce. 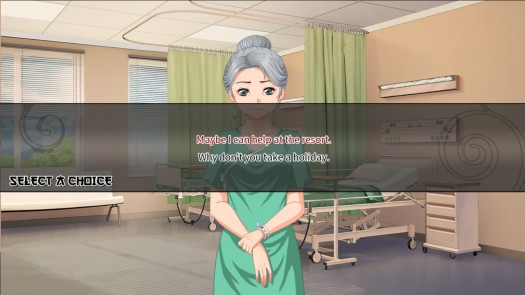 The first episode has Tomoyo earning the trust of his female staff members. Some, like Aiko and Mineko, are quick to warm up to him, as they're impressed with his charm and talents. Others, like Rei, is a lot more harsh to the guy, as she fears he may have an ulterior motive to why he's there. Sure enough, like most visual novels of this kind, Tomoyo finds a way to warm even the frostiest of hearts at the resort, to the point where some of the ladies begin lusting over him (as most eroge tends to do).

First off the visuals are drawn rather nicely, with the details in the character's faces and bodies looking great. As HuniePop did months ago A.J. Tilley was able to emulate the Japanese look and style to the worlds and characters. While there are hints of a Western feel to the art it can easily pass as something that looks like it was made in Japan. 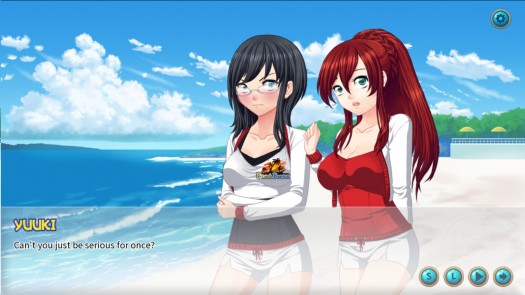 One of the first problems I came across in Beach Bounce was some really bad spelling errors, where words and -- occasionally -- punctuation just didn't fit properly with what was being said. One homonym was being used where another should've, and the grammar just felt like someone in a year-one ESL course had written the dialogue. As someone who takes writing and grammar seriously, these errors made me cringe.

Then there was the problem with the characters in the game. Many of these types of girls we've seen in other visual novels or anime, ranging from the ditzy and clumsy to the stern and tsundere. However the way they talk and react in various situations seemed rather flat, as if they lacked room to grow and evolve in a mature way. With a flip of a switch they will either love or hate Tomoyo, with a couple of them going so far as to have sex with him right then and there. I know this is an eroge, but even the most average of them know to pace themselves better with the romance aspect of things. 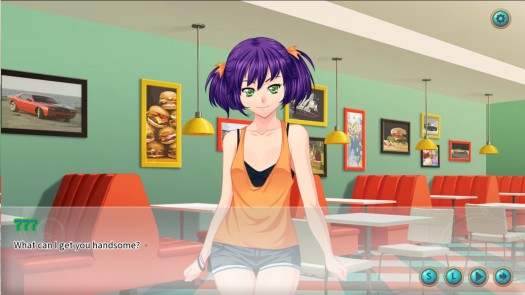 Finally there was the running time. The first episode of Beach Bounce can be completed in under two hours, and at the time I had no idea this was going to be an episodic visual novel. Yes, releasing things in parts will give developers time to air out the game a bit more, but the first episode still could've used some sprucing up before it got sent out with a slap on the ass.

The first episode of Beach Bounce may be nice to look at, but its characters' personalities are as flat as can be. With its multiple spelling errors and bad grammar you'll find yourself laughing at this game for all the wrong reasons. While some of these issues may be fixed by the time the second episode launches later this month, this first chapter may scare visual novel fans away from rebooking another stay at Beach Bounce.