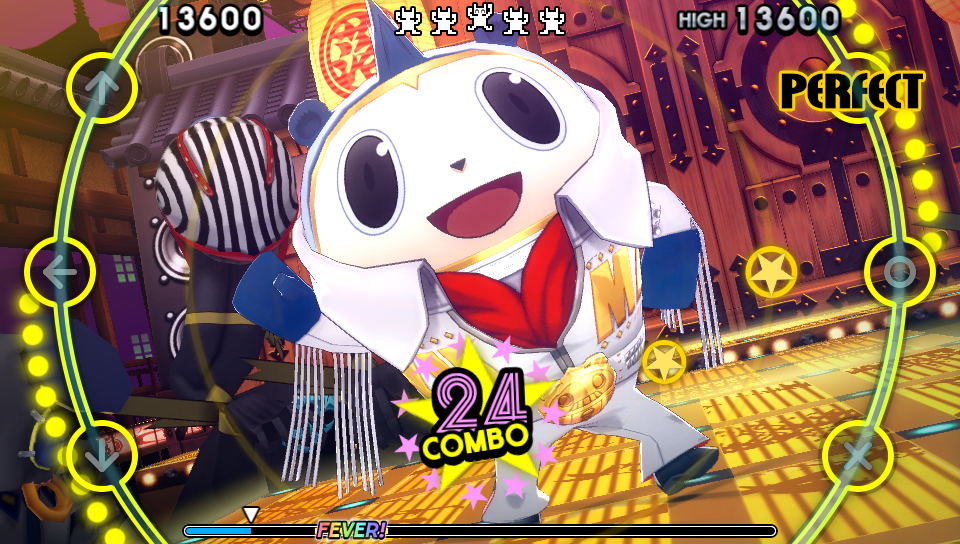 With Persona 5 closer to release, it’s getting time to say a fine farewell to its predecessor. Persona 4 brought us a great story and some pretty incredible characters, not to mention some fine spin-off games that ranged from battles in the Street Fighter sense to classic dungeon crawler-inspired adventures. Now Atlus’s beloved game series must bid adieu in the only way possible: with an all-out dance battle.

In Persona 4: Dancing All Night the Investigation Team reforms after members of a pop idol group begin disappearing. After viewing another mysterious video the characters are transported into another world, where they now must face off against the Shadows of the Midnight Stage. This time, instead of brawling and dungeon-crawling, our heroes must use their dance skills to survive this new, albeit strange, battle.

The rhythm-based game has you tapping the right controls to the beat of the song, sometimes with some simple button-pressing, other times holing them down for longer notes. Many times will you have to tap more than one button to get a better score, which can be tough when you are focused on just one side of the screen at the time. Do well on the dance floor, and you may be rewarded with a pretty badass ending that’ll involve some hardcore rockin’ chords blasting the enemies away.

Dancing All Night might have its niche crowd, but at the moment it's a pretty fun rhythm game. Its songs sound great, and the gameplay itself can be quite challenging if you aren’t focusing on all sides of the screen. It’s just a shame that a special dance pad can’t be made for this game, as it just screams for one to be in existence, something that the people at the Altus booth seemed to agree on. (While it may be hard to use on the Vita, it certainly could get some use on the PlayStation TV.)

Persona 4: Dancing All Night will be released via the PlayStation Vita on September 29th.