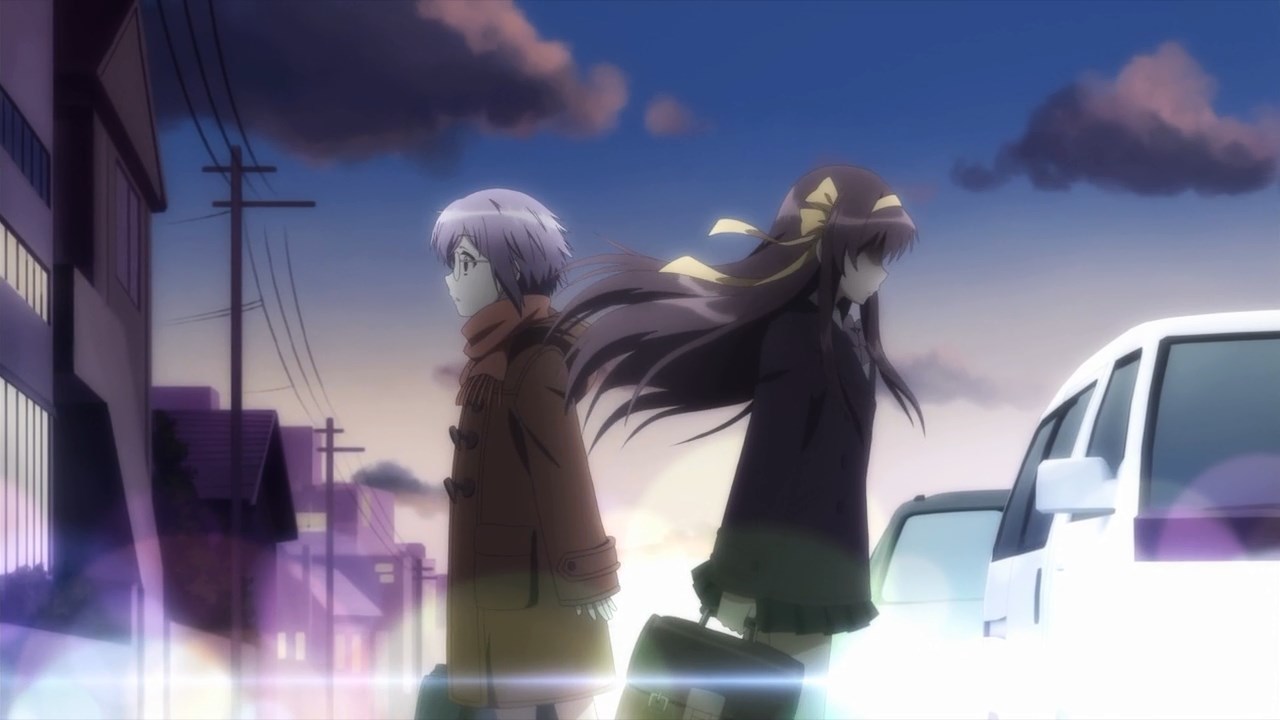 Nine years ago The Melancholy of Haruhi Suzumiya premiered, and became an overnight sensation not just in Japan, but the rest of the world. It was the topic of many conversations, people were trying to learn the "Hare Hare Yukai" dance, and became the inspiration for many a fan. (It should be noted that the show's club, the SOS Brigade, was the reason why this site is called Boston Bastard Brigade.) Three long years later we were given a second season, with its Endless Eight arc practically destroying the fandom. A film, The Disappearance of Haruhi Suzumiya, was everything that reminded us why we loved the series to begin with, but by the time it hit theaters the damage done by eight episodes of practically the same thing had been too catastrophic to save it.

Perhaps this is why, after five years, we are now getting a new series that takes place in Haruhi's realm. This time, however, we are given a bit of a change-up, as the focus on the show lies primarily on the alien Yuki Nagato. But she's no longer an alien here, and Mikuru and Koizumi are neither time traveler and esper. Instead we find ourselves in a world hinted at in the film, where all the characters are normal. Anyone who first hears this about The Disappearance of Nagato Yuki-chan would understandable be turned off, but those who decide to give it a chance may be pleasantly surprised by the end result. 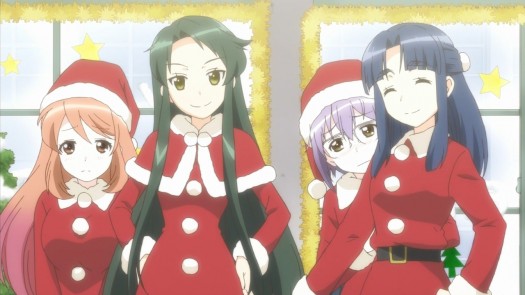 Based off of the manga series by Puyo The Disappearance of Nagato Yuki-chan has our title character taking her classes one day at a time, as she does her best to warm up to Kyon. Her friend Ryoko Asakura does her best to help Yuki with her goal of being Kyon's girlfriend, but unexpected invasion from an outside school in the form of Haruhi Suzumiya and Itsuki Koizumi finds these plans in constant turmoil. Add on two silly side characters in the form of the ditzy Mikuru Asahina and Tsuyura, and you've got yourself a bit of a wacky comedy with a sprinkle of romance in the air.

As I type this I realize that The Disappearance of Nagato Yuki-chan goes against everything the first two seasons and film stood for. While The Melancholy of Haruhi Suzumiya was very funny and a tad fan-servicey, it also was smart in its writing and plot twists. While this new series has its perks, intelligence it lacks, something that made the first season of the original such a classic in many anime fans' eyes. 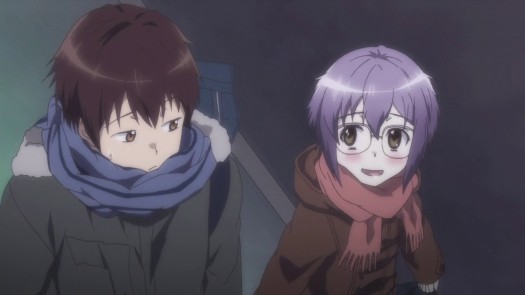 But let's take a step back and look at this anime from another perspective. It's an alternate telling of the SOS Brigade's founding, one where it seems no aliens, time travelers, and espers seem to be roaming about. Some subtle hints are thrown in here and there about the past incarnation (i.e. a quick flashback, a flickering memory or spouted reference), but for the most part this seems to be a world where the things Haruhi wants to exist will not, and instead the actual melancholy world will be right in her face.

As for the main focus being on Yuki, it's an interesting take. Even more-so is the fact that she has personality this time around, instead of her robotic alien former self. She's shy, unsure of herself, and is in love. She's still pretty damn smart, but her street sensibilities can get sidetracked by video games and other geeky things. Love is also a distraction, with her feelings for Kyon becoming stronger the more they hang out. It's kinda funny how Ryoko has become Yuki's love guru of sorts, considering how they clash in the first season. Kyon is still as sarcastic as ever, probably the only character that really hasn't changed much from the original series. 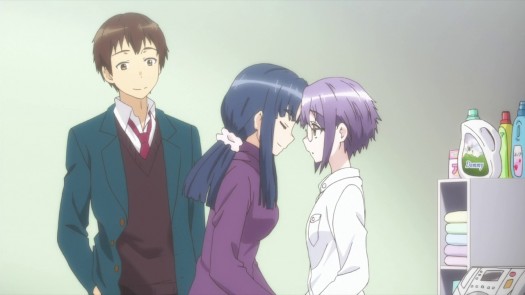 Being placed as a secondary character in The Disappearance of Nagato Yuki-chan isn't such a bad thing for Haruhi Suzumiya, as she quickly finds out that her bossy attitude doesn't quite fly in this world. How she and Ryoko butt heads when it comes to the feelings and emotions of Yuki winds up being more entertaining than it should be, and her wishful thinking has been shown to mesh with a more realist attitude towards the events surrounding her. Sadly the same can't be said for Koizumi, who seems to be demoted into the role of Haruhi's yes man; it's almost depressing seeing him be nothing more than a background prop.

There's really much else to say about its story thus far. It's cute, no doubt, but it does lack the spark of the original. Having the original cast reprising their roles certainly helps, none of whom sound like they have aged a bit this past near-decade. Of course it is weird hearing Minori Chihara adding a personality to Yuki, who talked more robotically in the past versions. After a couple episodes I started getting used to it, and couldn't help but find this Yuki adorable to watch as she stuttered around trying to find the right words to tell Kyon. 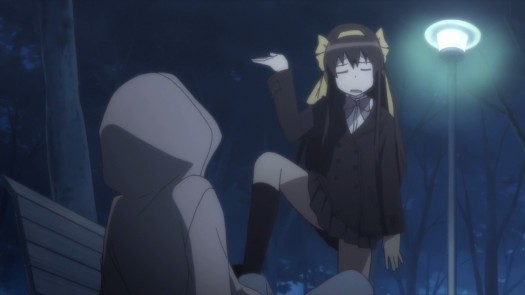 The big change in the show is the new animation studio. Formerly produced by Kyoto Animation the Haruhi Suzumiya franchise finds itself in the grasp of Satelight (Fairy Tail, Bodacious Space Pirates, Heat Guy J). It lacks the brightness and detail of the original series, but the character designs aren't as bad as they could be. It may not be as solid a job, but it gets it right in some places. Tatsuya Kato's score mirrors Satoru Kousaki's original soundtrack, even throwing in some fine nods to it in key scenes.

Despite what some may claim The Disappearance of Nagato Yuki-chan is not the big ole slap in the face to the beloved world of Haruhi Suzumiya. (After all Kyoto Animation already did a bang-up job messing it up with Season 2.) If you can take your mind off off some the minor gripes, you'll certainly find yourself enjoying a good chunk of what it has to offer. Just accept it for what it is: a humorously cute take on a beloved series that does more good than harm.

The Disappearance of Nagato Yuki-chan can be viewed on Funimation.com and Hulu, and has been licensed by FUNimation. Episodes 1-6 were observed for this review.

West Side Yandere Is "The Way...