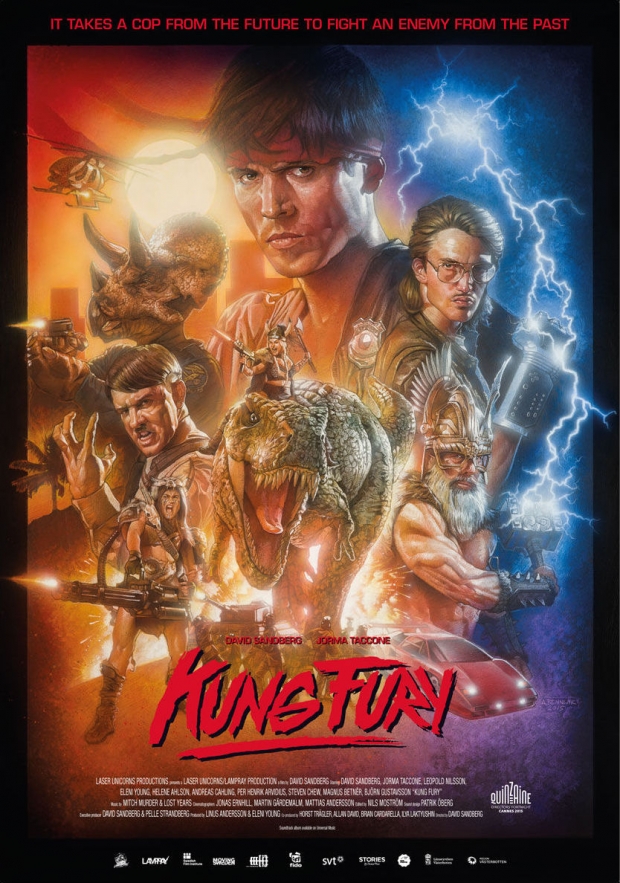 After two long years the movie event we've all been waiting for has arrived! Join King Baby Duck, TheDCD, and Scarlet Rhapsody's Scarlet Spiegel & Jared the Greek as they go crazy over this visual spectacle known as Kung Fury! The fights, the one-liners, the laser dinosaurs, it's all covered in a show that's a few minutes longer than the damn movie itself! Plus hear what the gang would love to see in the upcoming full-length version of the film.

Insert coin, and prepare to do a little time hacking! It's the Kung Fury Roundtable Special: PERMIT...DENIED!!!