HomeAnime"Going Home Club" Given A Fun Seal of Approval

"Going Home Club" Given A Fun Seal of Approval 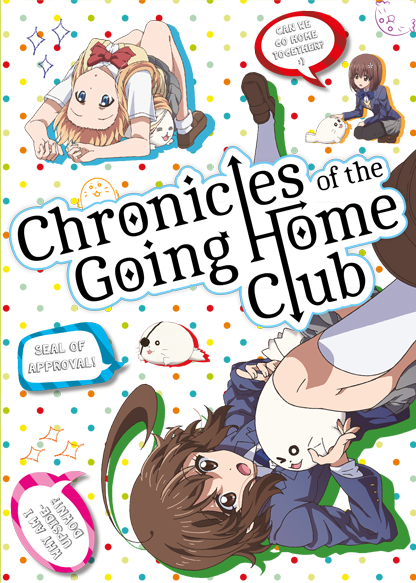 "Going Home Club" Given A Fun Seal of Approval

Slice-of-life shows are a dime a dozen these days, and Chronicles of the Going Home Club from NIS America is no exception. Like many of these shows, there's always either a hook or some semblance of continuity or closure. This is not the case with this show, and while it might not do anything new or exciting, it is still very much an interesting watch.

Chronicles of the Going Home Club is about a girl named Natsuki, who is entering into her first year at high school. When looking at the list of clubs to join, she takes a look at the Going Home Club, but before she can even think about it, a classmate named Karin drags her in, whereupon Karin immediately is welcomed to the club as Natsuki reluctantly follows her. The goal of the club is actually not about going home, but rather the opposite. It's about doing whatever and whenever to have so much fun that you don't want to go home. 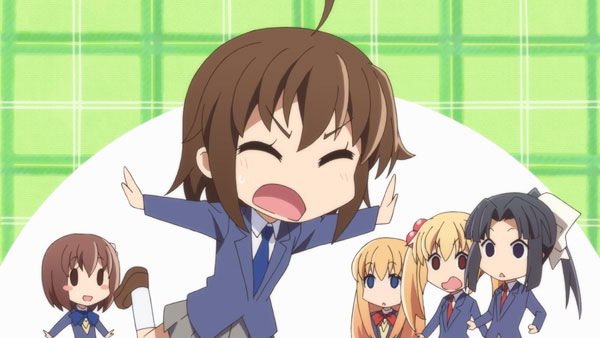 The club president is Sakura, and she's the mischievous one. She's joined by Botan, the martial artist whose reputation often has created very exaggerated legends about her exploits. Then there's Claire, the rich girl whose sense of spending is completely different from a normal person's. Karin is the 'cute' airhead whose action makes all her friends pull out 'feminine appeal' score cards. Natsuki is the level headed member of the group who retorts to pretty much anything anyone says or does. It's always amusing to she how she reacts.

Chronicles of the Going Home Club is about their various meetings, and the randomness that ensues. There's plenty of silliness that goes on as the character's imaginations go into overdrive, or the various mischief that they get into. If one where to compare the show's atmosphere to another, it'd be similar to Azumanga Daioh's or The Daily Lives of High School Boys, only it's a bit tamer than either of those. The artwork looks nice, and the proportions of the character's look a bit more realistic than other slice of life shows (except Natsuki's already ridiculously large cowlick is more prominent in the anime compared to the manga). 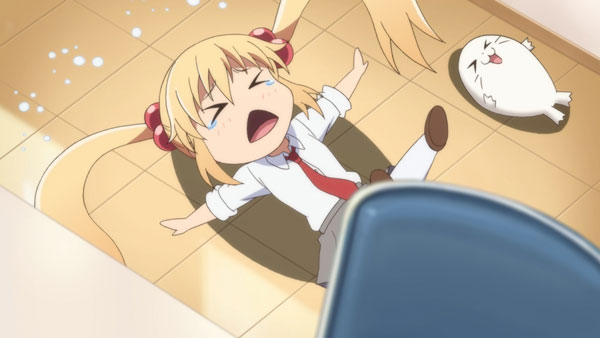 There's also a cute imaginary seal that messes around the club room, who is supposed to be a mascot. The show never explains why a seal is a mascot, much like anything else that goes on in the show. In fact, there's no real structure to the episodes, only that it's set up as a series of short vignettes called "Records." While you could watch literally any episode in the middle of the series and go back and forth and not be confused, some episodes make references to things in previous episodes. Aside from that, there's no real continuity. Each episode is about 24 minutes long, and there's only 12 of them. It break's the fourth wall a lot and is self-aware at all times. There's also plenty of Dragon Quest references, which is not much of a surprise seeing as Square Enix owns the IP to the manga.

The box set for Chronicles of the Going Home Club features the two discs and an artbook with interviews. Bonus material on the disc includes Japanese trailers, clear opening and ending songs, and a series of mini-skits called the Going Home Club Mini-Theater. There are trailers for other shows from NIS America’s catalog to watch, as well. It's a pretty fun little series that thankfully doesn't get time to overstay it's welcome, although just a tiny bit of closure would have been nice. 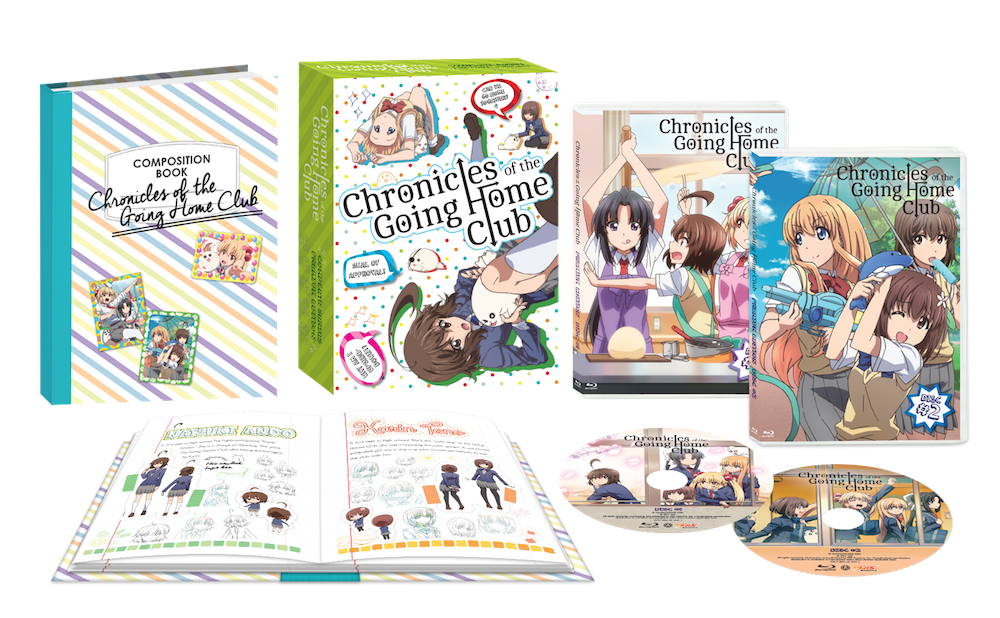 Also, like most of NIS America's releases, the show lacks an English dub. It really would have been nice to hear the characters react to each other in another language. If you are a fan of the genre, you should find the show enjoyable. However if you are either tired of the genre or not sold on it already, it won't do anything to pull you in.

The Good – The show isn't madcap, but there's plenty of random humor to enjoy.
The Bad – No closure at all.
The Ugly – Lack of an English dub.

SUMMARY: While it doesn't do anything different from other slice of life gag comedy animes, Chronicles of the Going Home Club is still worth a watch.