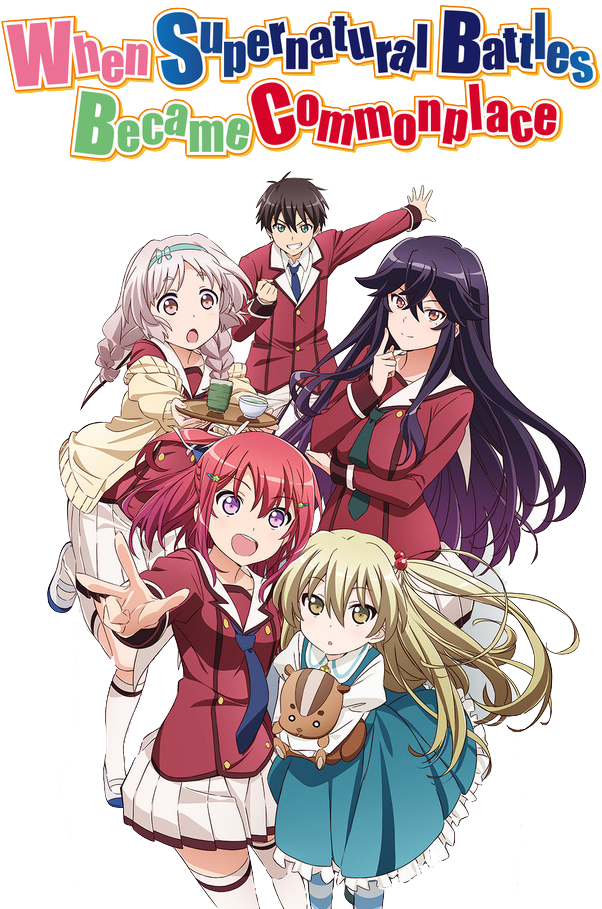 The world of superheroes and their powers have been viewed by many in various metaphorical fashions, from the famous Superman speech in Kill Bill Vol. 2 (where the Man of Steel's Clark Kent is his view on humanity being weak) to just about all the references heard in the average Kevin Smith flick. Even the films Unbreakable and Chronicle did a fine job with portraying the birth of both heroes and villains in a way that shows the characters' own personifications. But what about a series about regular joes who somehow gain some extraordinary powers, only to just go about their daily lives in (almost) normal fashion? Studio Trigger's latest anime series When Supernatural Battles Became Commonplace attempts to do just that.

Yes, the premise does sound a bit odd, almost as if it were a superhero series written by Louis C.K., but this series -- based on the light novel books by Kota Nozomi -- is being placed in the hands of the people who brought us Kill la Kill and Inferno Cop. Mentioning these two anime would make any fan jump at the chance of watching something incredibly out there and crazy. However you may be surprised to find out that When Supernatural Battles Became Commonplace is Studio Trigger's calmest series to date. 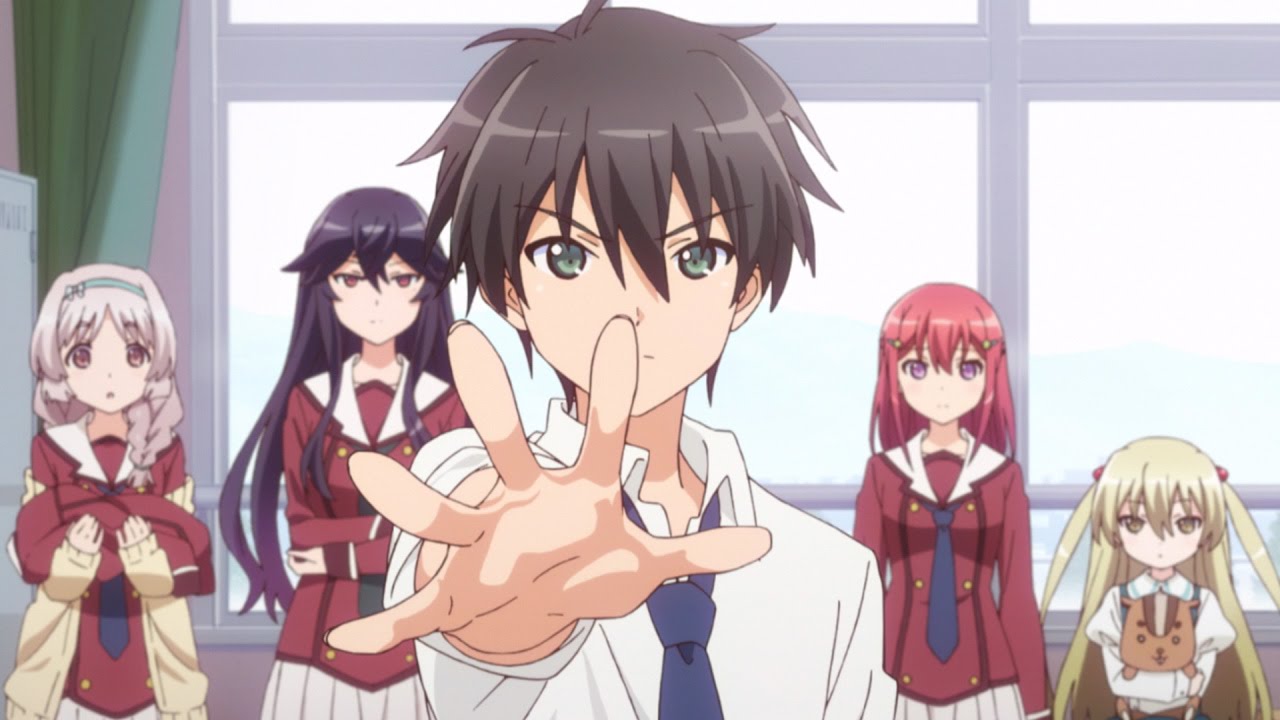 The show focuses mainly on a high school literature club, when one day their five members (one of whom is technically an elementary school student) find themselves in possession of some pretty out-there powers. Their leader, Jurai, has the weakest of the abilities, a black lukewarm flame he has dubbed Dark & Dark. Meanwhile the others have powers that are pretty handy, from Tomoyo's time-warping technique and Sayumi's healing spells to Hatoko being able to summon any of the five main elements and Chifuyu having the skill to create any sort of matter and surrounding. The club spends a bit of their time training their powers, but for the most part they simply hang out as the girls try to win the heart of Jurai.

As the series progresses you find out about another group of superpowered beings known as Fallen Black. It's here when you discover that a battle is going on known as The Fairy War, where regular people are given special abilities for the sake of entertainment of a group of fairies, where groups are forced to fight one another until one remains. When Supernatural Battles Became Commonplace doesn't dive deep into this part of the story, as it seems Fallen Black (namely their leader Hajime Kiryuu) is doing all he can to keep Jurai and his friends away from this war. 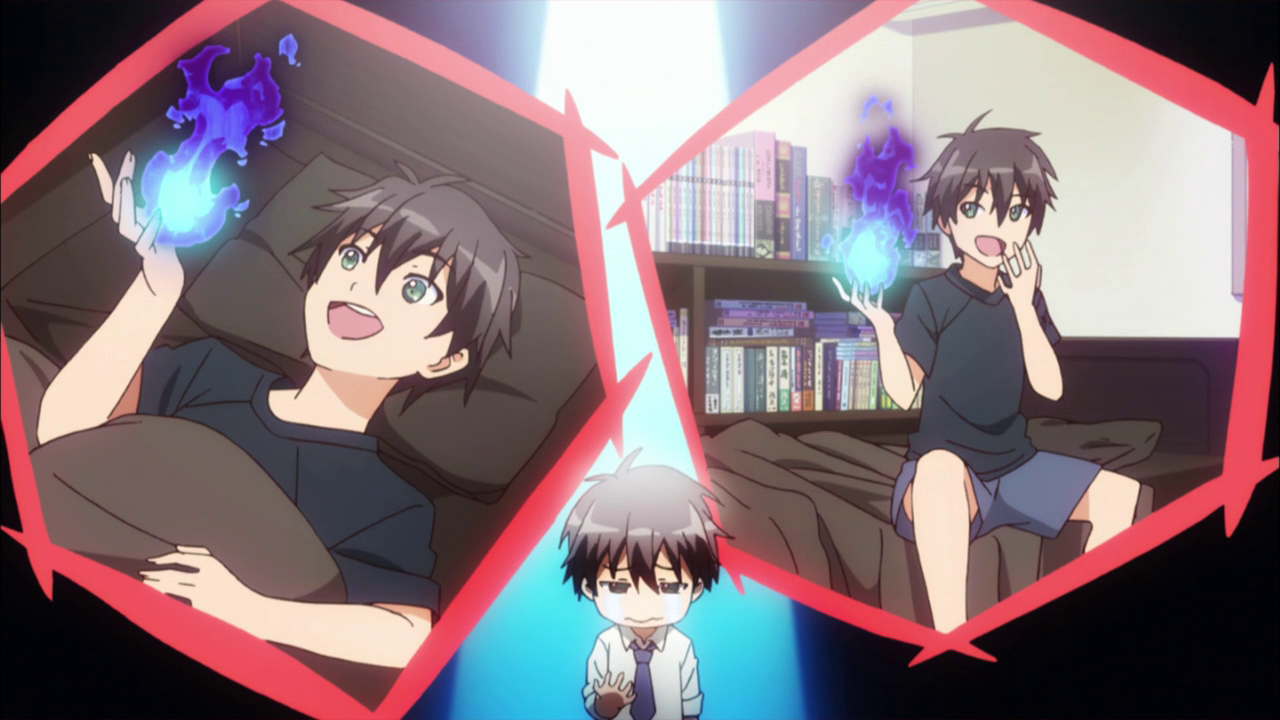 What started as a series about a group of students awakening to new powers instead treads more into the slice-of-life storytelling you'd see in the average anime romantic comedy. And I'll admit: that sort of bothered me. Here's a renowned animation studio that's known for pushing the limits of crazy antics and showcasing some of the most adrenaline-rushing action sequences put to ink in recent memories. However that's not is seen here. Characters go to the beach, attempt not-dates, and confess their love to everyone except the person their hearts are fond of. For Studio Trigger, this series is very tame. (Perhaps they used up all their craziness for the Black Dynamite opening they created.)

That's not to say When Supernatural Battles Became Commonplace is a bad anime. In actuality it's a pretty fun series to watch, filled with some fine character development. The character of Jurai at first starts off as a somewhat delusional begins to mature around his friends, taking more responsibility not just as a club member but also as a person...who just so happens to have a super-useless power. One of the strongest moments comes in Episode 7, where Hatoko flips out at Jurai for his strange ways. At first she came off as one of those happy-go-lucky characters, only to have her true feelings revealed in a way that makes her easily the most likable character in the bunch. 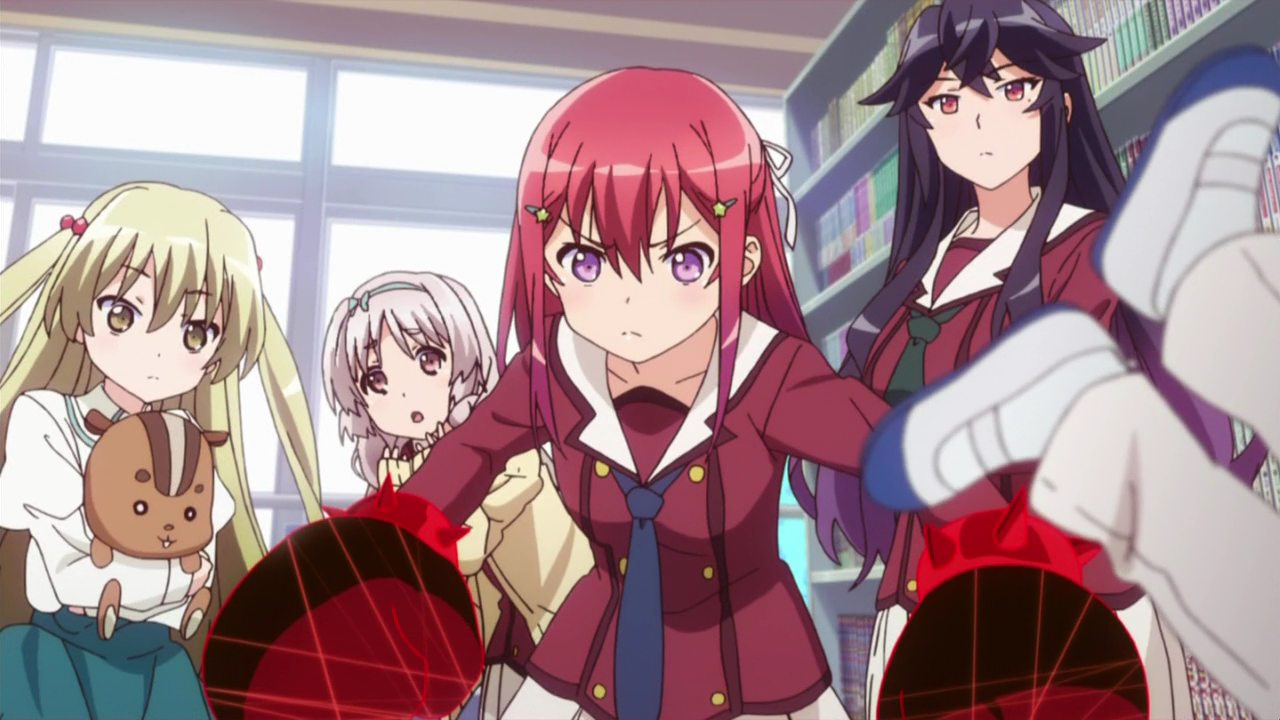 The series also does a great job with its humorous elements. One episode has Jurai go to the same water park with two different club members. The first, Chifuyu, has her friend Madoka tag along, who attempts to bring out Jurai's more loser side to some funny punchlines. (One tactic involving a quiz show has one of the more heartfelt, albeit silly, moments of the show.) Sayumi's turn is filled with somewhat peril, when it's discovered her friend slipped in a different swimsuit that he claims becomes see-through when wet.

Surprisingly the club members' superpowers don't play much into the actual story within these twelve-episode series, acting more like an additional plot device than the main focus. Perhaps there's more to be covered in the other light novel volumes, but for what is covered here doesn't really skim the surface. I would love to find out more about the Fairy War, as well as how Jurai and the others will find themselves entering it, but for now those outside of Japan will have no idea of what's going to happen with them (unless, of course, the light novels get licensed over here, which is a possibility). Hopefully a second season will be green-lit, as I felt the full potential of When Supernatural Battles Became Commonplace isn't quite reached. 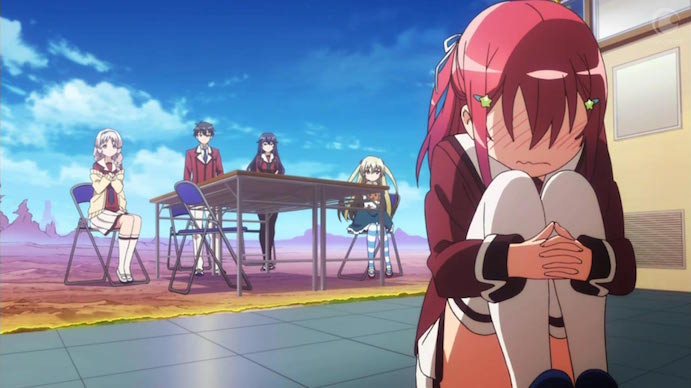 Studio Trigger's animation style is a far smoother here than it was in Kill la Kill, looking more like traditional anime fare than something out of the ordinary. At times their jagged look peers out during action sequences, but these don't appear often. While the characters and settings look pretty good, they lack the personality Trigger's past series contained.

The cast does a fair job with bringing their characters to life. Nobuhiko Okamoto's Jurai jumps between the attitude of superhero serious to student goofball at the drop of the hat, bringing about some of the livelier parts of the show. As Tomoyo, Haruka Yamazaki plays a fine straight girl with a hidden geek personality, whereas Saori Hayami's Hatoko is more innocently free-spirited throughout and pulling out a more focused size at the right moments.

In the end When Supernatural Battles Became Commonplace is a good slice-of-life series to watch with only something slightly different about it. It's got some great laughs and some fine characters, but for it to come from Studio Trigger it just feels kinda generic. Still, it's definitely worth a marathon viewing when a lazy day arises.

When Supernatural Battles Became Commonplace can be viewed on Crunchyroll