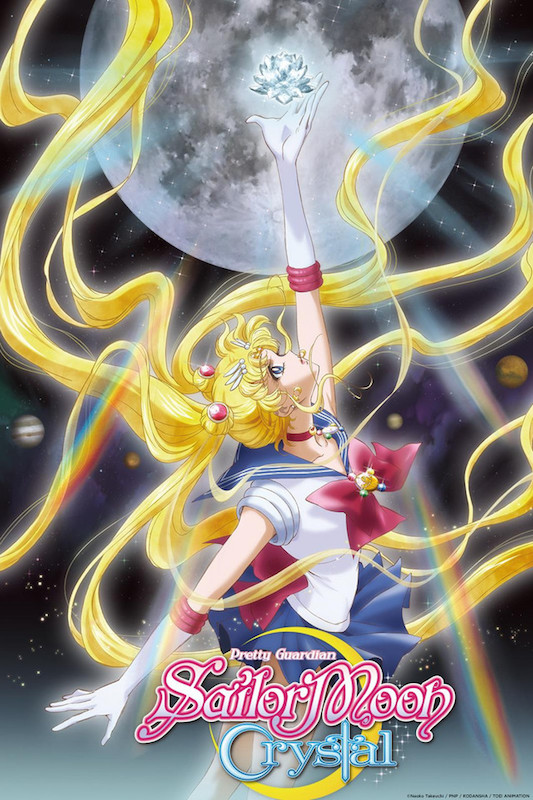 Oh how we cheered a couple years ago. When news broke out that a new Sailor Moon series was to be created to coincide the original anime's 20th anniversary the anime world shook with anticipation. Would it capture the essence and soul of both the original original manga from Naoko Takeuchi and the previous anime incarnations? After viewing the first half of Sailor Moon Crystal, the answer is apparent: no.

The first half of Sailor Moon Crystal focuses on Usagi becoming Sailor Moon, along with Ami, Rei, Makoto and Minako becoming Sailors Mercury, Mars, Jupiter and Venus respectively. Queen Beryl is once again our main antagonist, with Jadeite, Zoisite, Nephrite, and Kunzite being under her beckon call. Beryl is on the search for the Silver Crystal, which can be used to reawaken Queen Metalia and bring about destruction to the world. Only the Sailor Senshi, plus Tuxedo Mask, can put a stop to her evil deeds, thereby freeing our world of a powerful evil. 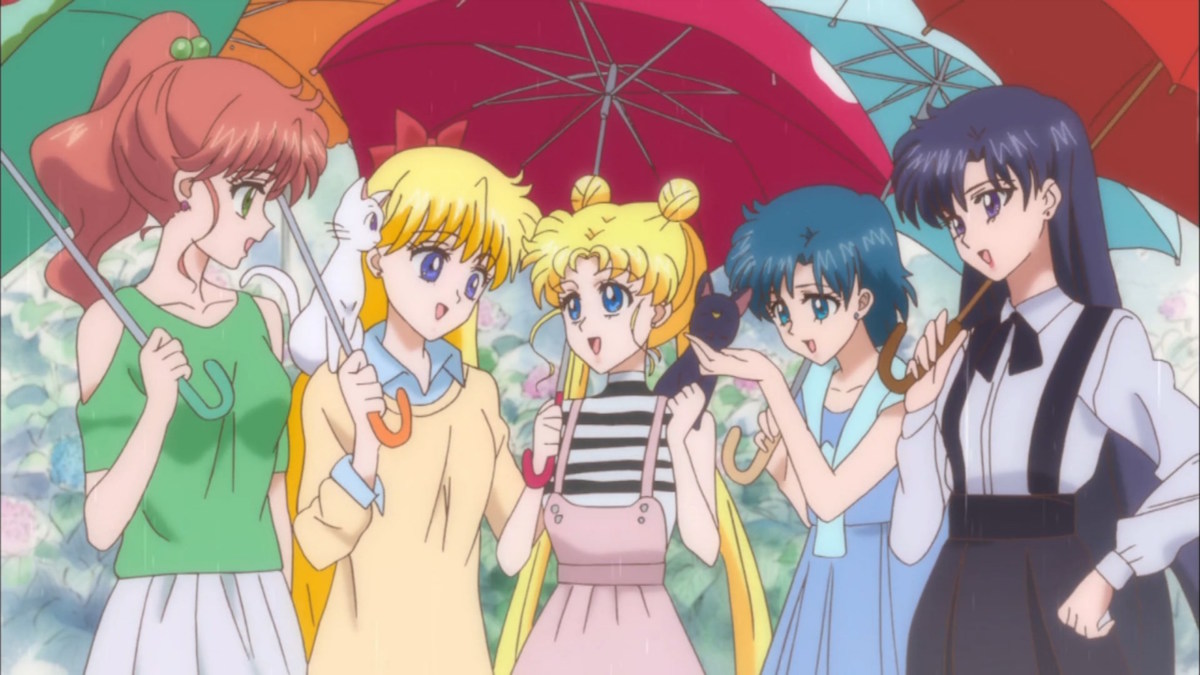 Toei Animation touted this series up to be more faithful to the original manga, taking out some of the liberties that the original anime tossed in to stretch it to the 200-episode monster-of-the-week mentality it was. On paper this would be a great idea, giving way towards an assumption that this series would be a far superior adaptation. How we wished that were true. Halfway through this series it has become clear: Sailor Moon Crystal is just another cash cow whose milk we already have an overabundance of. What's worse: compared to the bitterness Crystal brings, the original still tastes as fresh as ever.

I have been watching the original series on Hulu since it first started. The 1992 incarnation is filled with great character development, laughs, and a story that's told with a fine pace. It is, in a word, a masterpiece for the magical girl genre of anime. It even has no problem appealing to both male and female viewers, giving a big serving of something for everyone. Sailor Moon Crystal, on the other hand, has its problems. 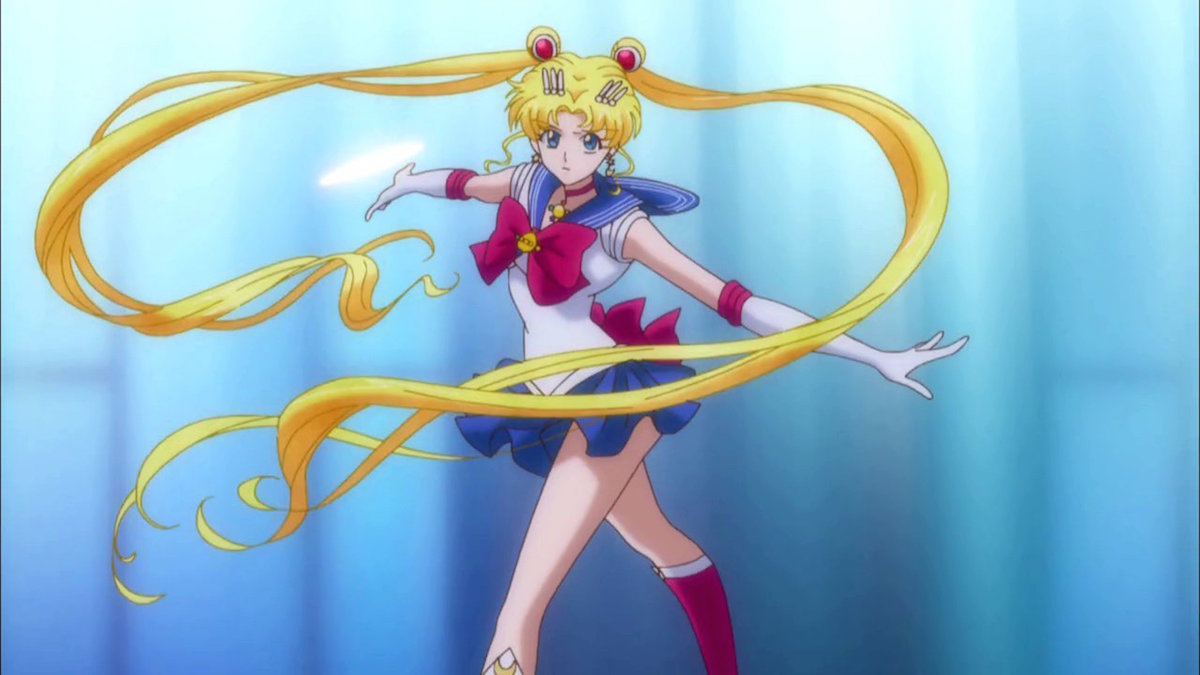 Where do we begin? For starters the pacing of the story is far too fast. The original first series chimed in at 46 episodes, giving plenty of room for characters to air out and letting its viewers get to know them better. Mashing this arc into 13 ½ episodes, however, slices off a whole season's worth of growing for the characters. Gone is the feel of true bonding Usagi and company experience. Instead the characters are forced along the plot, never stopping to smell the roses left by Tuxedo Mask and being given a chance to really breathe.

The worst offender of Sailor Moon Crystal is whomever decided upon the character designs. Looking like a really bad DeviantArt interpretation the Sailor Senshi lack the life and personality the original series contained. The animation is stiff, and when it comes to the action sequences the characters act choppy. I understand these animators work day in and out to create this (and other anime productions), but I have lost count at how many times I've seen a misplaced eye, an abnormally-sized forehead, and a finger or leg bent in such a way that they appeared broken. It's lazy, and for it to happen to such a legendary anime character is somewhat unforgivable. 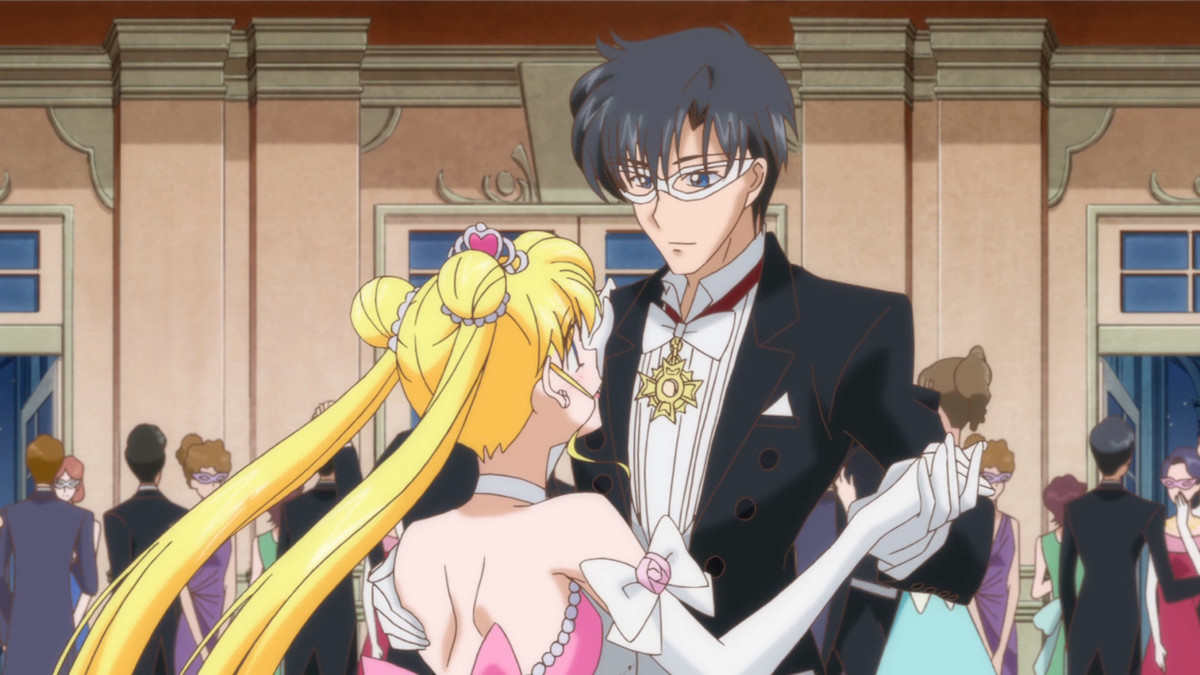 As for the voice cast, they do shine rather well. Kotono Mitsuishi reprises Usagi/Sailor Moon, recapturing the youth and confusion Ms. Tsukino was filled with. The rest of the cast is all new blood to the franchise, with Ami Koshimizu as Makoto/Sailor Jupiter and Hisako Kanemoto as Ami/Sailor Mercury shining the brightest out of the newbies. The cast knows of the importance the Sailor Senshi are to the world, and with that weight on their shoulders these voice actors do a fine job with their portrayals.

Yasuharu Takanashi's soundtrack is also worthy of the Sailor Moon franchise, coming off as both poppy and psychedelic. In some areas the ambience it contained brought to mind older Pink Floyd tracks, more in vein with Piper At The Gates of Dawn and Meddle rather than The Wall or The Division Bell. Each episode is bookended with two songs by Momoiro Clover Z, with opener "Moon Pride" filled with rockin' guitar licks and the sense of togetherness the characters are supposed to have with one another. It's no "Moonlight Densetsu" by any means, but it's still a solid track. The closer "Gekkō," on the other hand, is a tad bit on the dull side, lacking any real personality and sounding like a subpar love song. 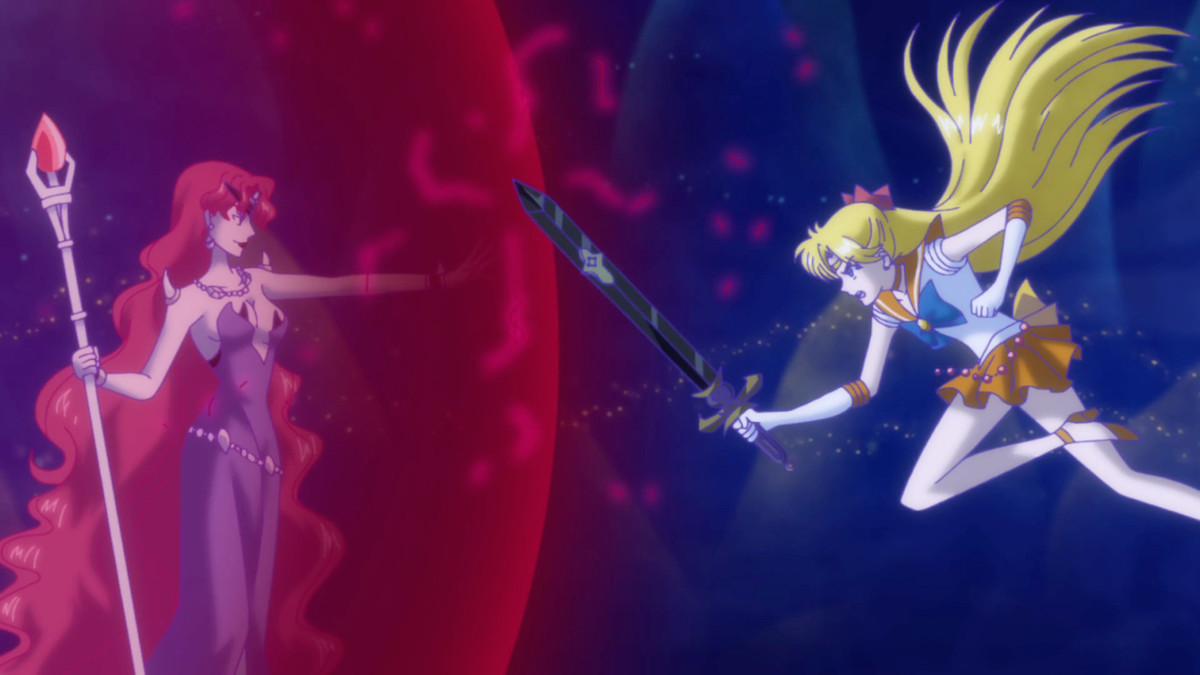 Sadly the great cast and music cannot mask what Sailor Moon Crystal really is: a rushed, poorly-animated series that lacks any of the heart and soul of the original property. It's apparent that Toei doesn't really care about its integrity. After all the Pretty Cure shows it churns out year after year, it's clear that they think of themselves too highly, as if they're the kings of the magical girl creators. And the worst thing about it all: like a horrible car wreck I can't help but keep staring at this mess, and I'll probably find myself watching the Chibiusa Arc that starts later this week like someone who's gone and lost his sense of decency.

Let me give it to you straight: if you wanna watch Sailor Moon Crystal, I won't stop you. All I ask is that you pop on Hulu afterwards and watch the original series, and I'm sure you'll see what the new anime lacks. The Sailor Moon cash cow may still be milking, but it's the original anime that continues to moo the loudest.

Sailor Moon Crystal can be viewed on Crunchyroll and Hulu, and has been licensed by Viz Media