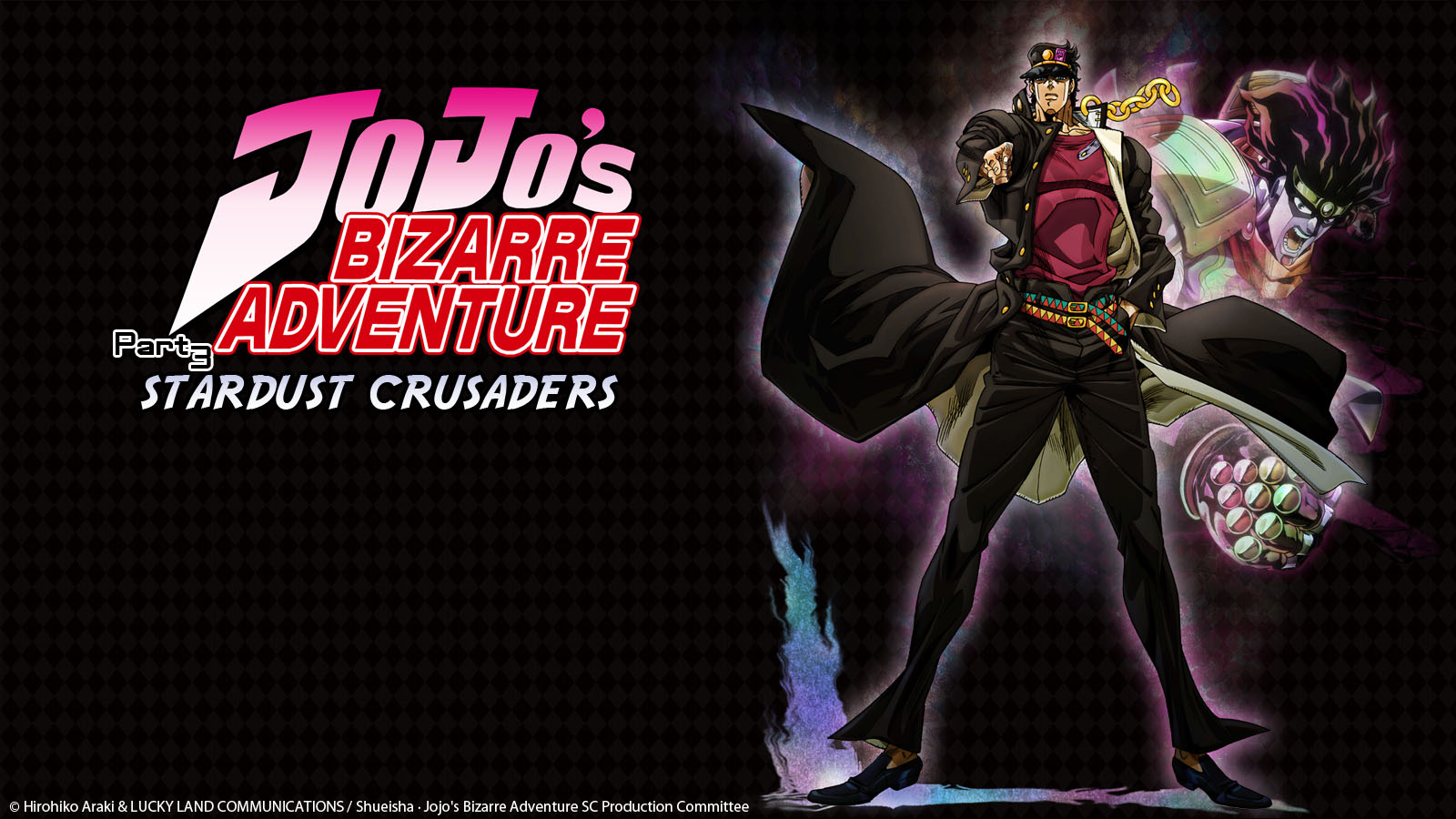 So let me get this straight: JoJo's Bizarre Adventure: Stardust Crusaders is up on Crunchyroll as we speak, along with the previous season that aired in 2012, and instead you are reading a review about it?

Right now you could be watching Jotaro Kujo and his grandfather Joseph Joestar seek out the evil DIO and try to destroy him. You could be getting your heart wrenched as they do what they must to save Jotaro's mother from being engulfed and killed by her own Stand. Hell, you could be seeing what Stands are, these powerful psychic abilities that can be used either for glorified good or sinister evil! But no, you are just looking at words on a website, possibly getting a round of Angry Birds in to help pass the time. 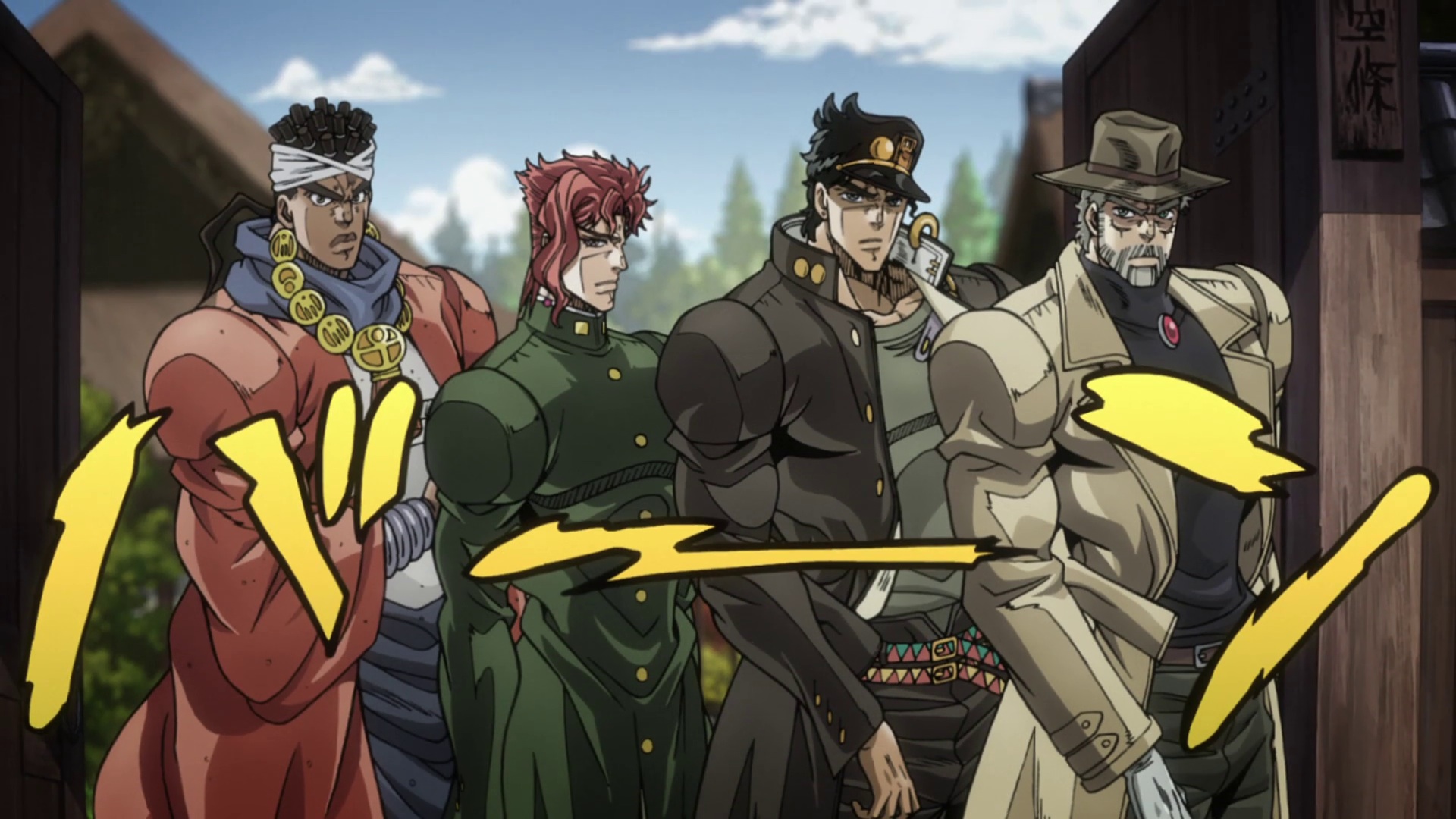 At this very moment the other colorful characters in JoJo's Bizarre Adventure could be engulfing your eyes. The muscular team that include Jotaro, Joseph, Avdol, Kakyoin, and Polnareff going about kicking ass, taking names, and denting faces with their fists should be happening on your screen at this time. Their powerful Stands, which have the capacity to make mincemeat out of any person or any other Stand, have the chance to appear on your computer or Crunchyroll app on your game console or TV. Sadly you are here, trying to see why I'm attempting to convince you to watch Stardust Crusaders.

Your pupils could be witnessing the amazing action sequences animated by David Production, as bodies get pummeled, blood spews from every hole on their bodies, and limbs are torn from their sockets. Each of your fingertips would quiver with anticipation as, one-by-one, Stands and their users appear to try and take down the Joestar crew in the name of DIO. For laughs, you could see some of the unnecessary censorships that sometimes plague an episode or two. (Jotaro's Stand Star Platinum can beat an enemy into a bloody puddle without any issue, but Heaven forbid if we want to see the young hero have a quick smoke break! Fighting Stands can be quite stressful, after all!) Yet here you are, still reading this article about the awesomeness that you could be watching right now. 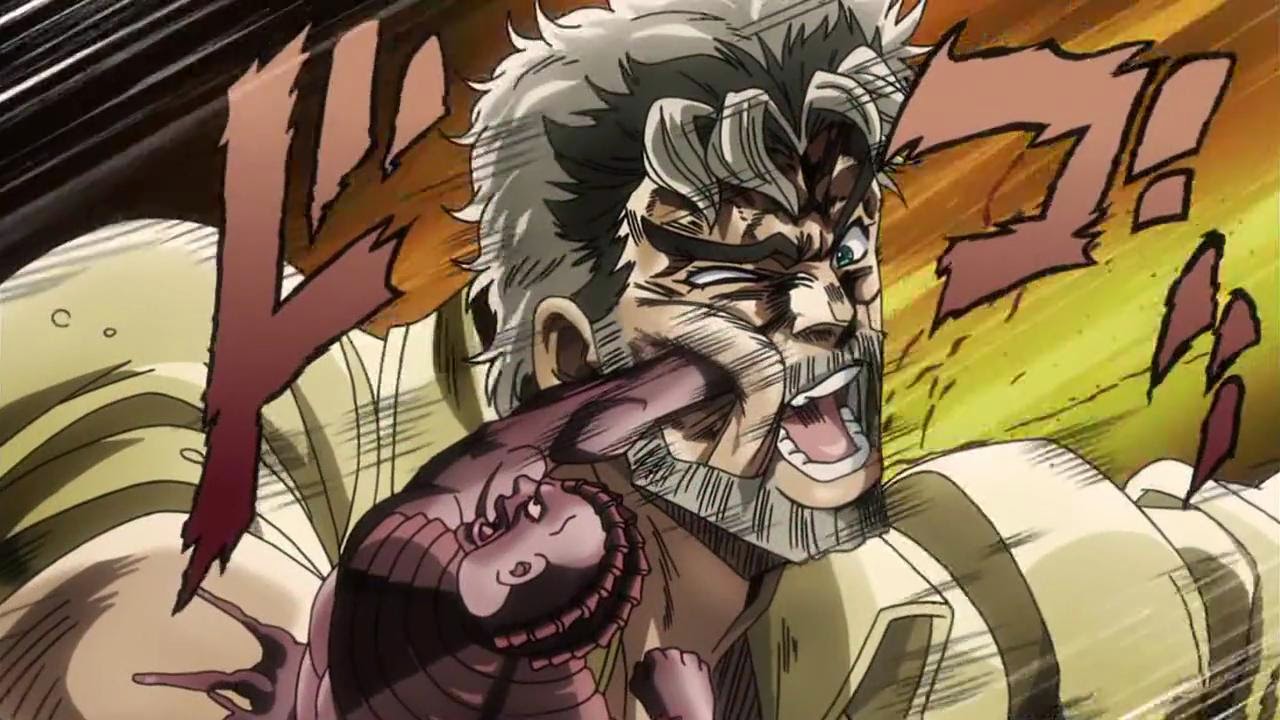 The voice of Daisuke Ono could be traveling through your ear, as he captures the badassery of Jotaro Kujo with pure perfection. (After this and his work on Barakamon, Black Butler: Book of Circus, and Monthly Girls' Nozaki-kun, he is sure to top many best voice actors lists by the end of the year.) Unshō Ishizuka's growling vocals as Joseph Joestar should be making your hair on your neck stand, as the intensity of his voice makes almost everything -- even jokes -- sound more epic. A fear of evil would be engulfing you as Takehito Koyasu returns to the role of DIO with pure menacing tones appearing from every syllable spoken. Still, you're here for reasons I can't seem to fathom.

Yugo Kanno's heart-pulsing soundtrack should be filling your body with adrenaline, with music that acts like the sweetest cheery atop the hot fudge sundae of pure, unadulterated brutality that you could be witnessing. Jin Hashimoto's "Stand Proud," which can cause impromptu fist-raising and the feeling of running headfirst into a nuclear war, should already be in your iPod or some other digital device that you own. And, acting as a candidate for the good deed of the year award, Stardust Crusaders' usage of "Walk Like An Egyptian" as its end theme might remind you why the Bangles are still relevant to our times. However you've yet to even start typing the web address that will bring you towards all this glory. 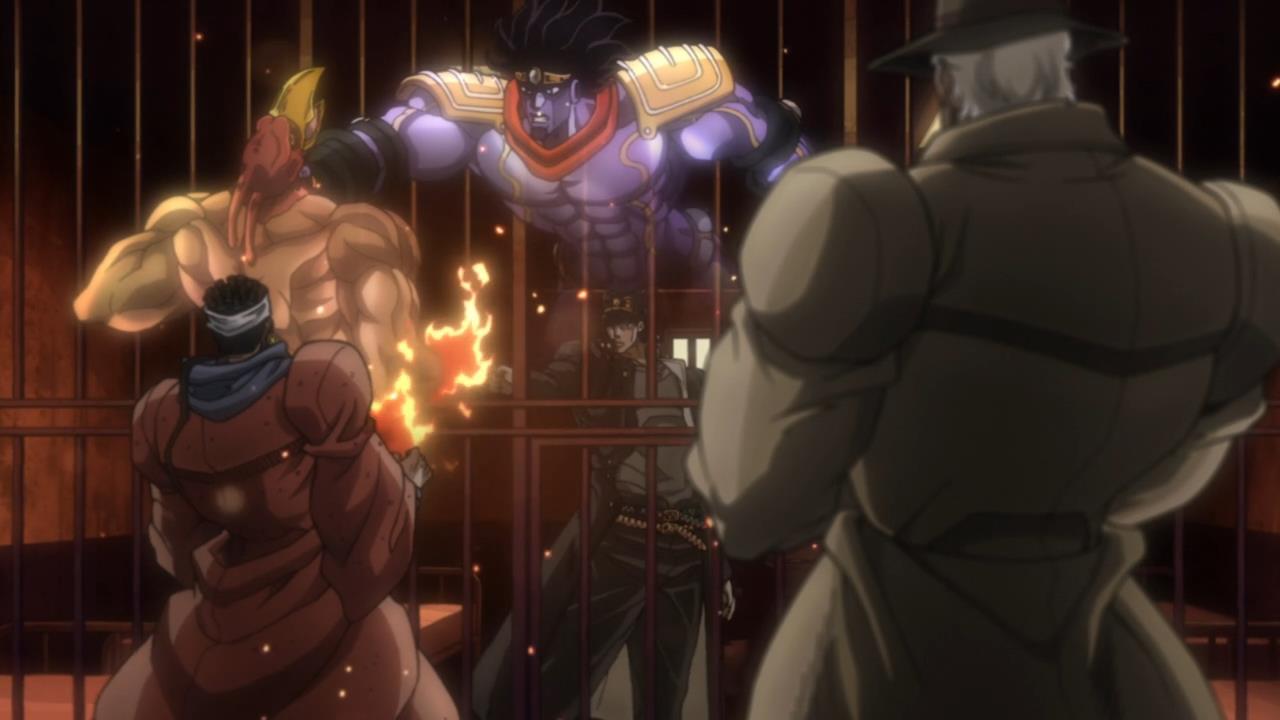 The violence, the storytelling, the originality, and even the humor of JoJo's Bizarre Adventure: Stardust Crusaders should be making an appearance at this very second on whatever you use to watch Crunchyroll. The anime event of the year, nay, decade, is but a quick click away! And you're still scrolling down to the end of this article, reading my final thoughts on why every living organism needs to be watching this anime!

Let me just spell it out for you then: go to Crunchyroll right now, and watch JoJo's Bizarre Adventure: Stardust Crusaders, as if your very life depended on it! As a frustrated Jotaro would say, "Yare yare!"

Story: Seriously?!
Animation: You're still here?!
Voice actors/actresses: Are you kidding me?!
Soundtrack: WHAT THE HELL!!!
Final Grade: STOP READING AND JUST WATCH IT!!!

In case you couldn't tell, JoJo's Bizarre Adventure: Stardust Crusaders can be viewed on Crunchyroll. It has been licensed, but by who is still a mystery.