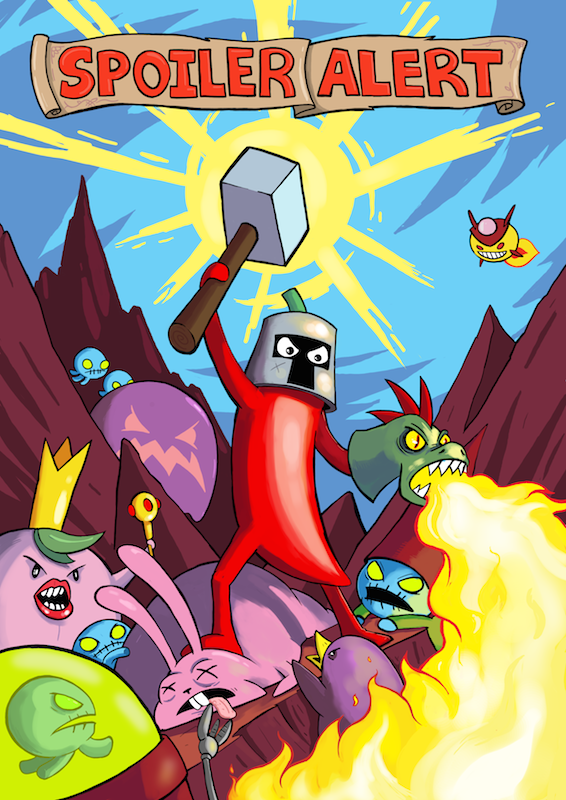 Save the princess, and the game is over. However what happens if the end is really just the beginning, and the beginning is truly the end? That's what MEGAFUZZ has done with their first game Spoiler Alert.

Spoiler Alert has you controlling a knight, who has succeeding in getting the princess. How he got there is what you'll then have to do, undoing every step taken to get to the end. Place back every coin, revive all your enemies, reclaim your special attacks before having to put back the power-up, and successfully avoid every untouched item to keep time paradoxes from happening. 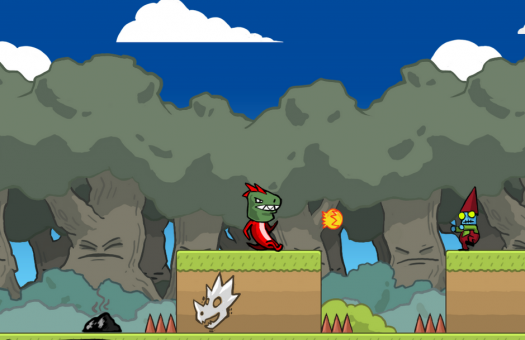 The gameplay is pretty simple. All you are doing is jumping at the right moment, along with un-performing your special attacks. It's timing your moves properly that's the challenge to the game. Touch one uncollected coin, kill one enemy, or miss a thrown attack, and you'll have to start all over again. It's fun, but it can be tricky in later levels.

Spoiler Alert isn't all that dazzling on the eyes, as the graphics and presentation look straight out of an old-school Newgrounds game. Since there are no real challenges to be found in the game (even during the boss battles) you can probably find yourself beating it rather quickly. I was able to complete the full game plus bonus levels in under 35 minutes, and that was with obtaining perfect three-star ratings on almost every single level. For what it's worth, though, the game's twist on the platform genre was pretty cool; the ending to the Story Mode, too, was a nice twist on everything that happens, as well.

If you are looking for a quick game to pass the time, then Spoiler Alert may be worth your time. Just don't expect anything really groundbreaking, and considering its $7 price tag it may be best to wait for a sale to come around before downloading it. Here's hoping some free DLC will arrive to help expand its lifespan.