SQUIDS Odyssey is a retooling of the French studio The Game Baker's Squids, released on iOS in 2010. Since the gamepad on the Wii U and the touchscreen made translating the squid slinging mechanics seem natural, it must have seemed like a good idea. Thankfully the game does a good job.

SQUIDS Odyssey has a basic plot where your squids are fighting an invading force that's spreading a black ooze that pretty much makes living anywhere difficult. Your squids come in four types. The scouts can dash during mid-flight up to a certain number of times. This help them both get around and do additional damage to the enemies you will face. Fighters, which are really built more like tanks, are actually less offensive but they can stomp a wide radius around them to fling surrounding enemies. This ability is most useful for knocking enemies into pits and off ledges, or into currents or sea urchins. 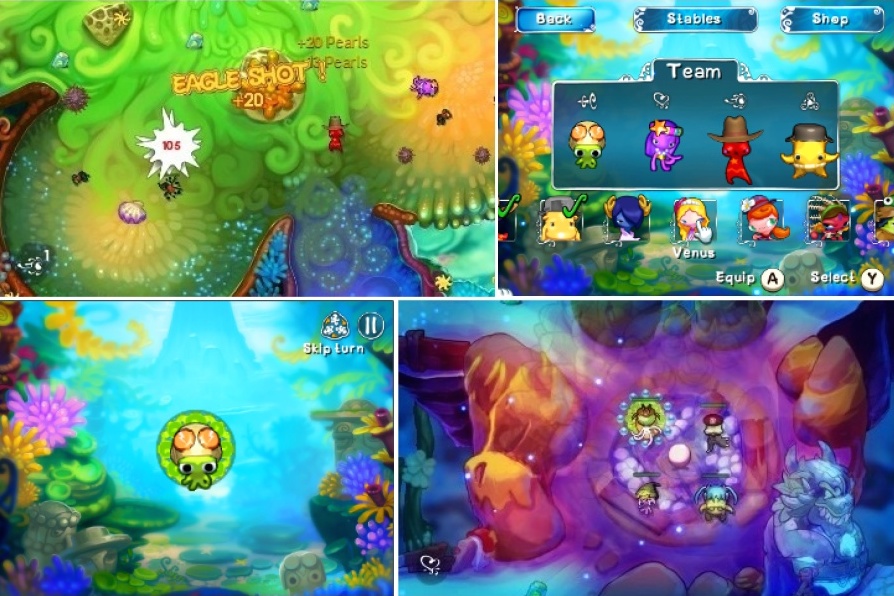 Shooters are the fastest and can travel at high velocities to do more damage to an enemy or cover more ground. They can also shoot enemies from afar for significant damage. The drawback is that they are very weak and can be taken out easily. The Healer, can heal your troops by flinging right into them. Conversely your other troops can fling themselves into your healers to be healed that way. Their attack power is typically the weakest however. All squids operate on a turn-based system and they have a certain amount of stamina to use before they end their turn. Stamina can, however, be refilled by using items or getting lucky by running into refillable surprise boxes. These boxes can do a number of things like healing, granting items, or temporary power-ups.

SQUIDS Odyssey is divided up into several chapters with many levels for each. During the levels, instead of gaining experience, you will collect pearls, which can be used in the shop to buy items, equipment, or to level your characters up. The interesting thing about equipment is that you can transfer the stat bonuses they posses permanently, so you can be free to wear a particular hat you fancy. This makes it easy to not having to make tough decisions about stats versus looking stylish. 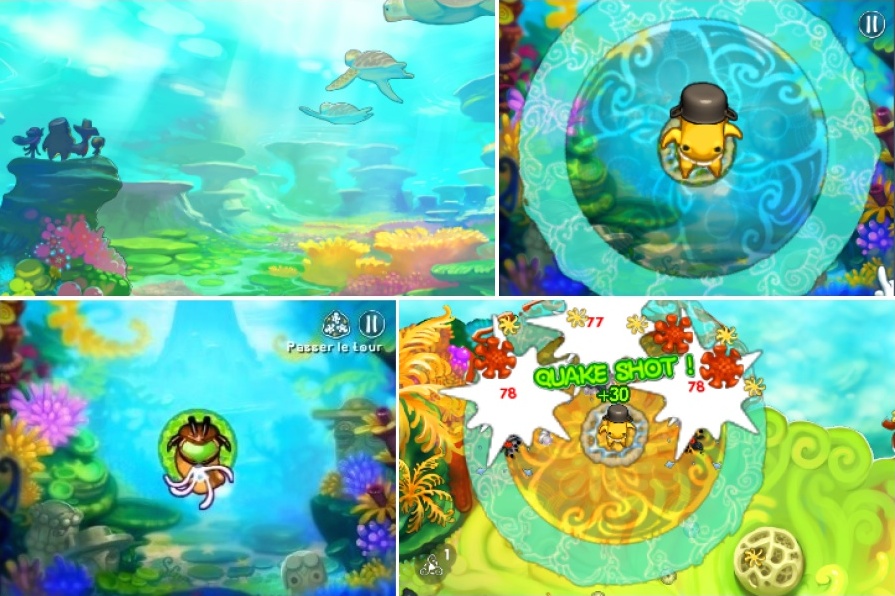 Most hats need to be discovered in chests strewn throughout the game. Some need to be bought, and man are the items expensive. Grinding becomes a bit difficult to do in most levels, but there are some spots you can collect pearls easily. It still makes for tediousness though. At least the in-app-purchases for pearls from the iOS version seem to have been purged. I guess that's why the game costs substantially more compared to the iOS dollar price-tag.

The game's visuals are nice looking, but the game looks decidedly fuzzier on the 3DS than it's iOS and Wii U counterparts. Trust me: I have seen 3DS titles with better internal resolution, indie or not. There also is no voice acting, just text, and the game is not as kid-friendly as it seems. While the stylus-based fling controls work, the touch detection for accessing menus with the stylus are a bit spotty. Standard controller buttons work just fine, but less so when it comes to flinging your squids. 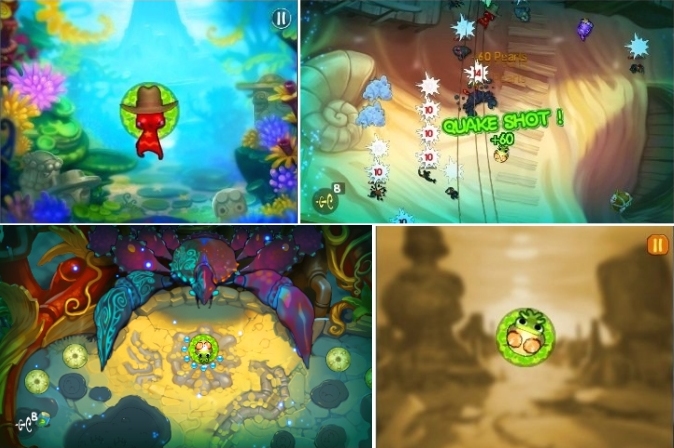 SQUIDS Odyssey also seems to suffer from excessive and long load times. There's even a delay when accessing a different parts of the Base and Shop menu screens. The game feels like it wasn't optimized here well. However if these issues aren't enough of a reason to deter you, SQUIDS Odyssey is a fun little game that is worth your time to at least check the demo out before hitting that "Buy" button.

The Good – The game is a fun take on turned based strategy RPGs and action RPGs.
The Bad – Raising money in the game outside of clearing secondary mission objectives is difficult at times.
The Ugly – It's way too easy to fall in holes or off of edges. Combined with the grindy nature of money earning and the cost of items, the game can get tedious.

SQUIDS Odyssey is a fun little retooling of the iOS game, now on the 3DS and Wii U. It will entertain, but the console versions command a stiff price tag compared to the iOS version's 99 cent preposition. Maybe get it on a sale, or check out the demo first.

Undo The Damage Done In "Spoi...