HomeComics/MangaREVIEW | "The Wolf Among Us": Episode Five

REVIEW | "The Wolf Among Us": Episode Five 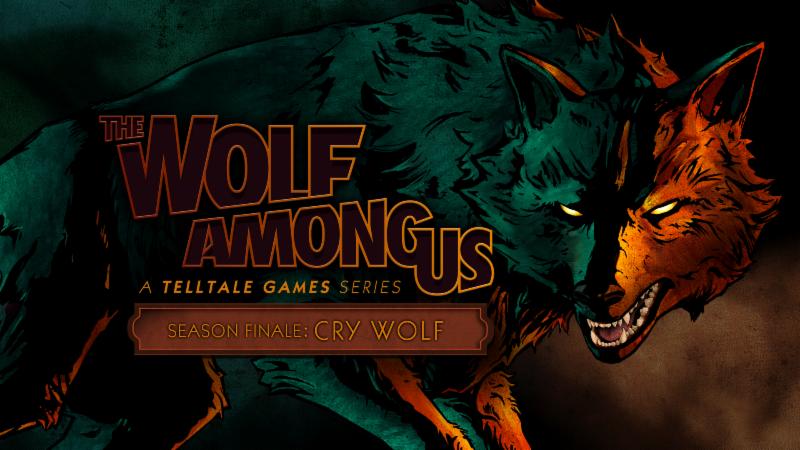 REVIEW | "The Wolf Among Us": Episode Five

It's over. After months of running through Fabletown, cleaning up messes and getting shot at in the process, Bigby and Snow finally got their man. A wild ride it was in The Wolf Among Us, but as these Telltale Games titles go, the end is usually the beginning. This feels true in the case of its season finale, "Cry Wolf."

Finding himself in the Crooked Man's lair Bigby is tasked to take him back to the Business Office so he can face his sentence. Knowing the Crooked Man, however, things don't go off so easily, as he, Georgie, Vivian, and Mary try to make their escape. With not a moment to spare Bigby must seek control of the situation, find the Crooked Man, and deliver justice. But even when things seem to go according to plan, is everything still as it seems? 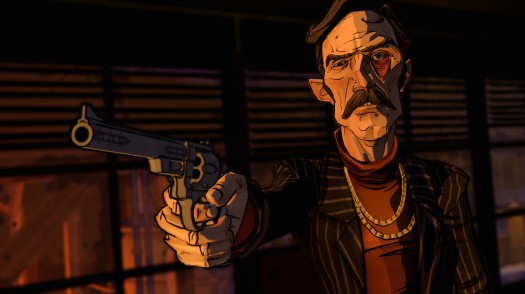 If you felt the previous chapter lacked a lot of action, "Cry Wolf" then would've made up for that fact. A fast-paced car chase, close-ranged attacks, and one incredible battle between Bloody Mary that will give players a real go-around. It was also nice to see Bigby transform into all of his wolf incarnations, with the biggest and baddest of them all being saved for that nasty fight. It also helped, too, that the quicktime events read your responses in a blink of an eye, something that I noticed wasn't working even in the recent Walking Dead episodes.

The real attention-grabber of this chapter -- and perhaps the game itself -- is its script, written by Telltale's Pierre Shorette. You have no idea what about to come around the corner, and when a choice needs to be made it can be hard to figure out which side you should sway to. Even when you know the evils the Crooked Man has done to Fabletown his mentality and way of words can still be pretty persuasive. 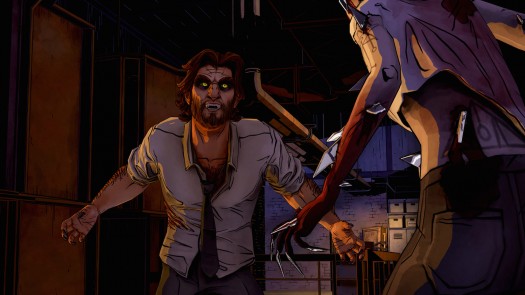 Any hiccup or weird bigs seen in the last chapter are completely nonexistent. Aside from the opening loading screen there was very little wait time between scenes, thereby giving off a much smoother gameplay experience. Nothing very noticeable that'd cause any raised eyebrows, although the animation isn't the best we've seen in past TellTale titles.

With that being said, The Wolf Among Us has quickly become one of my favorite series that Telltale Games has created. With a lot of respect given to the Fables franchise it's clear that video game adaptations were the way to go with this specific series. Granted it'd still be great to see it on either TV or on the big screen, but with Once Upon A Time and Grimm still running there may be some out there that'll complain about there being too many fairy tale-based shows cluttering the airwaves.

"Cry Wolf" tied up a good set of loose ends that were laid out during this season, while keeping the right ones undone for any future installments. Fans of the Fables series will have no problem whatsoever jumping into The Wolf Among Us, whereas newcomers will probably find themselves wanting to check out Bill Willingham's comic soon after they finish. With that there's nothing much else to say except, "Bring on Season 2!"