HomeComics/MangaREVIEW | "The Wolf Among Us": Episode Three

REVIEW | "The Wolf Among Us": Episode Three 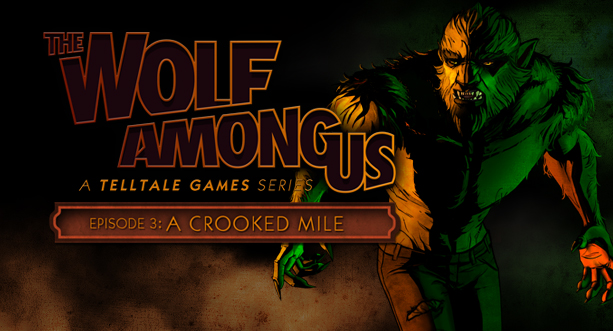 REVIEW | "The Wolf Among Us": Episode Three

These days it's the video game industry that knows how to keep its players and -- in some cases -- viewers at the edge of their seats. No developer has done that better, though, than Telltale Games, who have cornered the market of choose-your-path adventure titles that will have you either breathing a sigh of relief or biting your thumb at the decisions you make. While its Walking Dead adaptation is gathering all the glory, its series based off of Bill Willingham's Fables (aptly titled The Wolf Among Us) comic seems to get just about everything right with its characters, atmosphere, and suspense. Its latest episode "A Crooked Mile" doesn't just pull you further into the darkness, it embraces you with sharp claws scraping on your back.

When we last left Bigby he came across a photo that put Snow White's boss Ichabod Crane on the top of their list of murder suspects. The cowardly Crane goes missing as he meets up with a mysterious witch, the Tweedle brothers try to steal the case from Bigby, and the trail of blood begins to run cold. However with the Crooked Man hiding in the shadows it won't be too long before the real monsters of Fabletown begin to peer their ugly heads, and the first belongs to the one known as Bloody Mary. 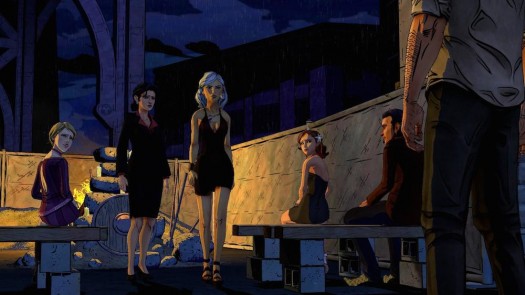 If the first two episodes of The Wolf Among Us were any indication of where the story was gonna go, then "A Crooked Mile" took a well-done unexpected turn. We begin to see characters in a different light, especially Holly and Grendel, both of whom become more human even in their true forms. The mysterious introduction to the Crooked Man also leaves many questions behind his motives, although from the explosive entrance by Bloody Mary it can be guessed that he is somewhat behind the murders.

Gameplay-wise this is the smoothest chapter in any Telltale Game I've come across in recent memory. While there is still long loading times the framerate problems I came across in the first two chapters were practically non-existent. It also felt easier to navigate areas and respond to Quicktime Events, which came in handy when dealing with the climactic scene involving Bloody Mary. 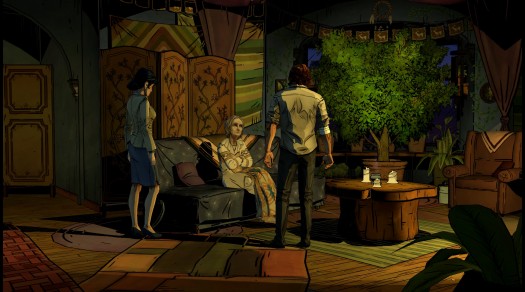 If the story keeps going the way it is The Wolf Among Us may take away the title as Telltale Games' flagship series from the undead clutches of The Walking Dead. With its great characters, unexpected twists, and beautiful worlds this dark adventure of Bigby and Snow keeps getting all the more interesting.