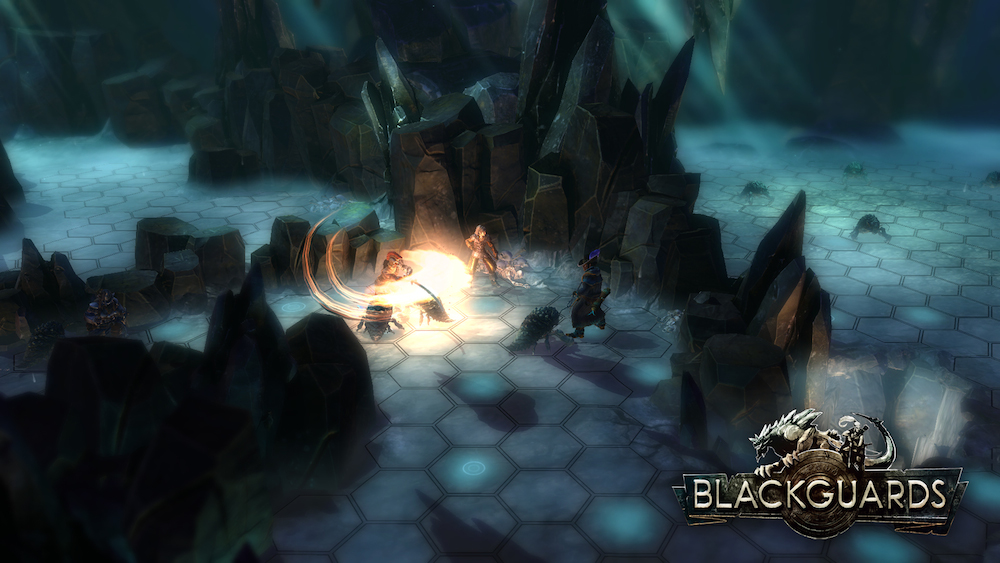 Daedalic has made itself well known as an indie publisher and developer of many adventure games. But this time they have decided to take on the strategy RPG world with Blackguards. Based in the same universe of a previous adventure game Memoria, which itself is based on a popular European pen-and-paper RPG called The Dark Eye. The game, much like its protagonists, is rough. But there is still a solid experience underneath the exterior.

Blackguards is a strategy role-playing game that takes the experience of a Daedalic adventure game while incorporating role-playing elements from The Dark Eye series. The story starts with your main character awakening to a terrible sight of a dead women, and a wolf staring you down. After dispatching it, you are arrested and questioned by two people. The problem is that they think you killed the woman, and worse, you are amnesiac of the recent events. After escaping with the help of two prisoners, you become a group fugitives while seeking the truth of your main character's circumstances. The interesting thing is that you eventually uncover a plot to awaken an ancient evil, while the prospect of your group actually may not be so morally upright comes into play. 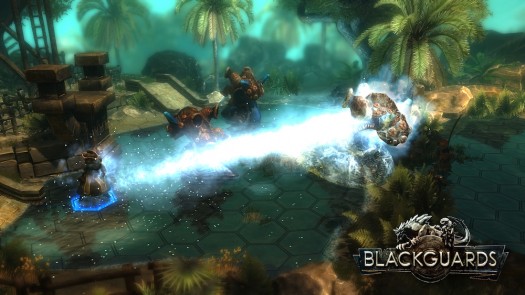 Combat plays out like a basic strategy RPG. You can move a certain range before using up an action turn, and if you are fast enough, you can move or attack again. Actions can be carried out through a pop-up radial menu, or via hot-keys. An interesting feature made to the game is the ability to interact with the environment. You can take cover, or push boxes and use other things to make battles turn in your favor. Or they can also be used against you. Setting boxes on fire can create a nice hazard for enemies to hurt themselves on, but you are just as susceptible. Knowing when to exploit or stay away from objects is the sometimes the key to victory.

The game is a fairly linear experience, but there are some side-quests you can do for extra experience and money. And you will pretty much need to do them anyway, as the game doesn't really give you much cash to spend for it's numerous and expensive items and equipment. This can sometimes make later story missions hard, as the enemies will often be a bit overpowered. And Experience, called AP, is just as hard to earn as money. And the cost for skills and base stats increases exponentially with each tick. It's a good idea to make multiple saves. In addition, some of the enemies ability to evade attacks is way too high, even when you take into account on what your defensive/offensive weapon postures are. 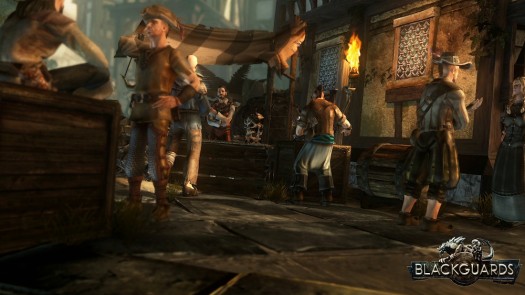 Despite the lack of fine tuning, which will likely come in future updates, this fifty hour game will take place over five chapters. However it will have a story worth experiencing to the end, provided that you can look past the rough exterior. Just as a precaution, it's recommended to play on the Easy setting, as you will have a much more manageable time.

The Good: Has an interesting story with decent voice acting and writing.

The Bad: Since the game is mostly linear, there aren't many opportunities to grind.

Summary: Blackguards is a strategy RPG that has an interesting story with a nice twist to the gameplay, but has a few flaws that make the game a bit unbalanced at times.