HomeVideo Games3DS Zelda Is "Worlds" Beyond Any Other Adventure

3DS Zelda Is "Worlds" Beyond Any Other Adventure 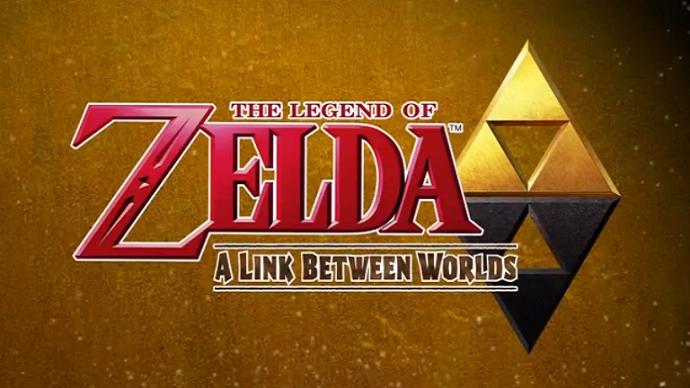 3DS Zelda Is "Worlds" Beyond Any Other Adventure

Many will argue that A Link to the Past was the greatest Legend of Zelda title ever made, so when word got out last April that a successor to the classic Super Nintendo title would be hitting the 3DS the gaming world were on their feet in anticipation. The question then came to be whether or not this new title would stay true to the spirit of the original, and if so would it live up to such high expectations. The answer to both was a resounding "yes," as The Legend of Zelda: A Link Between Worlds stands highly on a pedestal next to the rest of the franchise.

A Link Between Worlds takes place between the events of Link's Awakening and the original Legend of Zelda, where Hyrule's royal family has decided to split the Triforce to keep the evils of the world from rising once more. One part returned to Ganon, another stayed within the Royal family, and the final one placed within the heart of Link. While on an errand Link comes across the Hyrule Captain being defeated by a mysterious character named Yuga, who then captures the Sanctuary's daughter Seres within a magic painting. After being knocked out by Yuga Link awakens to find himself back home, thanks in part to a merchant by the name of Ravio, who has taken shop in his abode. 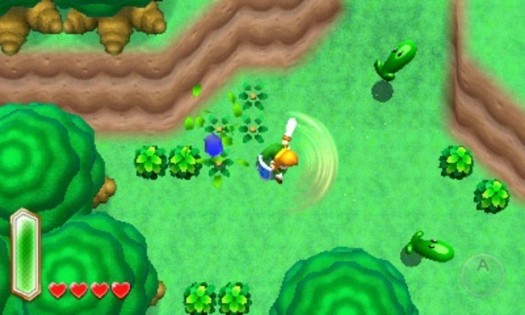 Ravio tells Link that he must report his findings to Princess Zelda, and once he does she gives him the Pendant of Courage. It is here that he must take upon the task of finding the two other Pendants, secure the incarnations of the Seven Sages, and save not only Hyrule but also a decaying kjngdom known as Lorule. Thanks to a special bracelet given to him by Ravio, Link can also shift into walls, crawl through cracks & slits, and even travel through the two dimensions with relative ease.

A Link Between Worlds shares much in common with A Link to the Past. Both have the same gameplay style, its surrounding worlds have similar features, and its storytelling mechanisms have a certain vibe that pairs well with one another. However what A Link Between Worlds has that A Link to the Past doesn't is the certain advantages of being on the 3DS. Using the second screen to switch weapons and find your way to the next areas on the map comes very well in handy when going on both main and side missions, as well as while in the midst of battling foes and bosses. 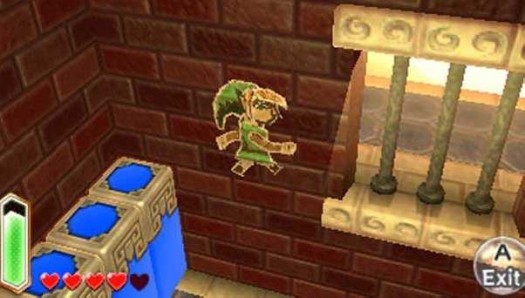 This game plays like your average overhead Zelda title, meaning those familiar with the past games will have no problem jumping into it; in fact you can say it'll be like second nature to them. Does that mean this title lacks any sort of gaming evolution? Absolutely not! In actuality Nintendo perfected this gameplay style way back in the NES days, so trying to change something that's not broken, much less cracked, would be stupid.

It's Link's new ability to shift into walls that makes A Link Between Worlds all the more interesting, to the point where you feel your brain working hard to solve these new styles of puzzles. Reach blocked pathways, cross over lava, and find hidden secrets that will give you just a little bit more help along the way. Thanks to Ravio you can also either rent weapons like bombs and ice/fire/sand rods that will be useful in specific areas of Hyrule and Lorule. (However if you die Ravio will collect the rented weapons, so it's best to save up your rupees and just buy them.) 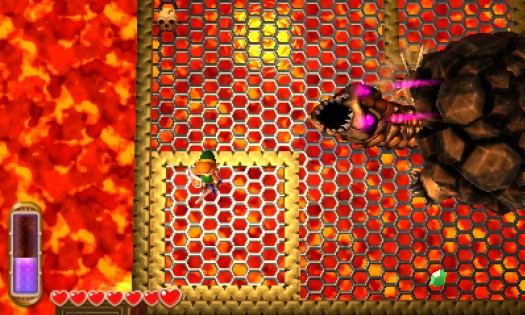 While fighting off mystical and wild creatures can be fun, it's when you go into Boss Battles when the game shows its most clever sides. If you have in your possession all the weapons, then it's a simple case of trial-and-error to defeat them. However if you're limited to what you have, then it may not be as easy to take down the likes of the Margomill and the Arhguss (the latter of which may be the direct descendent of the Black Beast of Aaaaarrrrrrggghhh from Monty Python & The Holy Grail, especially from an optical perspective). You may find that your wall-shifting powers may come in handy during some of these boss battles, so keep your eyes peeled whenever an opportunity like this might appear.

Graphically A Link Between Worlds looks great on the 3DS, thanks in part to its vivid worlds, unique characters & monsters, and beautiful imagery. The 3D feature works wonders during the multi-leveled dungeons, and the boss characters seem to just pop off the front of your screen. Composer Ryo Nagamatsu has also created one of the most lively scores to be featured in a Zelda title, helping to emphasize moods that can range from the light-hearted elements in Kakariko Village to the more dire sections when having to go face-to-face with Yugo and any of the other villainous beings. 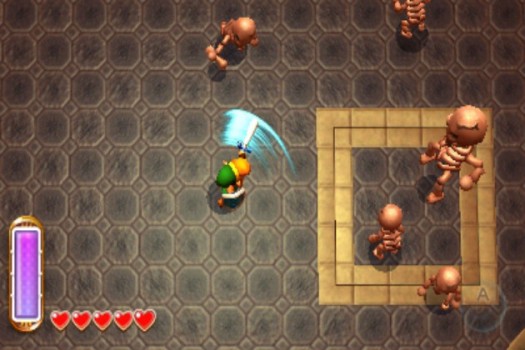 When it comes to the game's control scheme there are barely any faults to be found. Switching weapons with the second screen comes very much in handy during the toughest boss battles, and using your equipped ones are just as easy. My only minor complaint comes in the form of the placement of the shield button, as having all the main controls being placed on the right side of the 3DS can cause some cramping in one's digits. It would've made a bit more sense if they swapped the placement of the shield and dash buttons, as they would do a far better job with complimenting each side of the handheld.

It can take up to fifteen hours to complete A Link Between Worlds, and that's if you only focus on the main missions. (Chalk up an extra three if you want to complete all the side-quests, too.) When you've beaten the game, you then have the option to play it in Hero Mode, which boosts the game's difficulty. 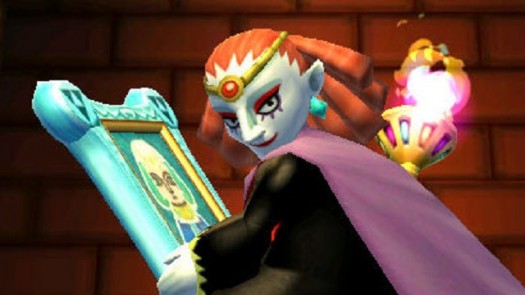 The game also uses the StreetPass to create challenges, where you can battle against other people with their current Link. You go in with only the weapons you have set at that precise moment, and then process to hack and slash one another until one of you is defeated. You also put up a bet of a specific amount of rubies, which will be given to the victor. It's a fun way to add some extra cash towards much-needed weapons, but it's a fine way to lose out on some as well.

The Legend of Zelda: A Link Between Worlds is a prime example of how to continue breathing new life into an inspiring franchise. With its classic gameplay style, wonderful story, and new powers the latest adventure of the Hero of Time stands toe-to-toe with its SNES predecessor; in some cases it even rises above it. A Link Between Worlds is simply one of the best games of 2013, and perhaps the top reason why you should own a 3DS.