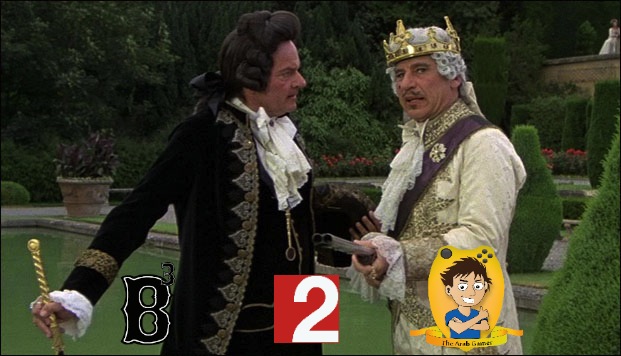 It's that time of year where we look at the first half of the year in gaming, and what better way to do that than to invite a few new friends on this new B3pisode!

King Baby Duck welcomes guests Rashed Mokdad from The Arab Gamer and The Region 2 Show hosts Fifi Prosper and King Sparkileptic as they chat about the best, the underrated, and the worst so far in 2013's gaming industry. A brief discussion on the recent cancellation of FEZ 2 is brought to the table, as well as their thoughts on the upcoming battle between Xbox One and PS4. Finally everyone shares their thoughts on the games they are looking forward to the most, which ones should be more clearer on the radar, and the titles that look like they should be avoided at all costs in the second half of the year.

It's a big show that brings together people from the East Coast, the West Coast, and The Middle East! It's Episode 189: Peasant Tossing Goes Cross-Platform!