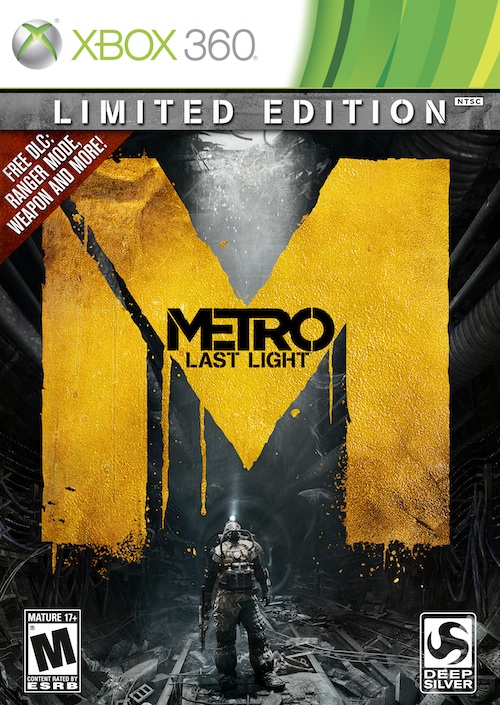 Immersion: one of the biggest key elements to any video game. Without it, the feel of escaping to a new world from one that is tedious is non-existant. It was what was missing from 2010's Metro 2033, a decent first-person shooter whose faults kept it from reaching the greatness of Dmitry Glukhovsky's original novel. Now, three years later, 4A Games have given us a sequel that not only fixes these faults, but gives what made the good portions of the original game a serious dose of adrenaline.

Taking place after the events of the first title Metro: Last Light has you controlling Artyom, who has earned the rank of Ranger in the Sparta army. During a mission you come across what may be the last Dark One, the antagonist from the previous game. After losing consciousness he finds himself captured by a group of Russian Nazis. Soon he makes friends with Patel, a member of the Communist Army who promises to help Artyom find his way back home. However things aren't as they appear to be...

Episode CLXXXIII: It's A Moon...

Choose Your Path Wisely In "S...