"Phantom Breaker" Spin-Off A True Spirit Of Arcades Past 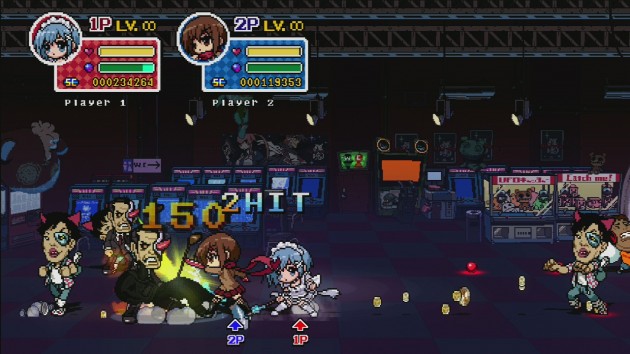 "Phantom Breaker" Spin-Off A True Spirit Of Arcades Past

There's a term I've coined when it comes to surprisingly good things appearing out of thin air: the left-field advantage. This is when a product (in this case, a video game) comes out of nowhere, with its end result leaving you flabbergasted in the best way possible and the wanting to spread the word about it. As a gamer this has happened to me when playing such titles as Snoopy Flying Ace, Dust: An Elysian Tail, Wreckateer, and Jimmie Johnson's Anything With An Engine. I can now add more title to this list: Phantom Breaker: Battle Grounds.

A spin-off of a Japan-only 2D fighter Phantom Breaker: Battle Grounds has you taking control of one of four girls: Mikoto, Waka, Itsuki, and Yuzuha. The story follows a mysterious man named Phantom, who gives young girls magical powers, along with granting any wish they desire if they beat the others in battle. The girls somehow find out about Phantom's plan, and stop him before he can cause any more harm. However Phantom soon kidnaps Waka's sister Nagi, and it is now up to them to save her from his evil clutches.

Younger Miyazaki Gets It Right In...