HomeGadgets/TechGameCom Commander A Must For Serious PC/Mac Gamers

GameCom Commander A Must For Serious PC/Mac Gamers

GameCom Commander A Must For Serious PC/Mac Gamers 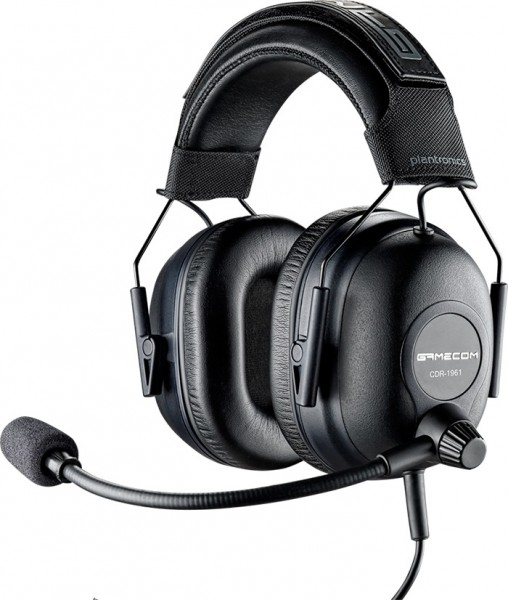 As a game reviewer I need all the concentration I can get when playing through any title. It's not because I don't want to bothered (okay, maybe a little bit), but rather it's due to the fact that I need to be able to point out every single pixel, sound, action, and just about everything else that is featured in a video game. I won't lie when I say it's hard to do this when even the smallest sound outside of your gaming realm can sometimes distract you. Fortunately I've found a great solution to this little gaming issue in the form of Plantronics' GameCom Commander, the official headset of the Electronic Sports World Cup.

For this review I will be splitting it up into different categories and tests, as the realm of tech and gadgets is a lot different from the usual pop culture stuff we're used to tackling. Some of these tests are your usual run-of-the-mill, others are...unique, to say the least. 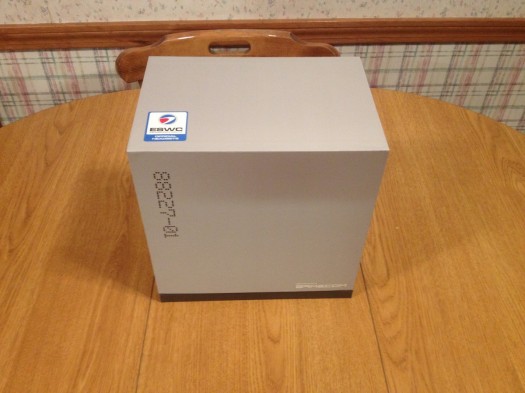 The GameCom Commander comes packaged in a grey box with the headset logo, the official seal of the ESWC, and its part number. Upon opening the box you'll find a very strong and sturdy travel case, perfect for traveling when you need to either go to a convention or competition. The metal clip on the side was also a nice touch.

The case easily opens via the zipper on its side, with the headset carefully tucked away inside. Along with the headset are its connectors: a simple audio jack for your MP3 players, an audio/mic jack for when you are chatting and listening away on your games and/or Podcast recordings, and -- the most important one of all -- a USB port that connects to the audio/mic jack to give the unit its Dolby 7.1 surround sound. There are also a couple of instructional booklets, but we won't bore you with the details of that. 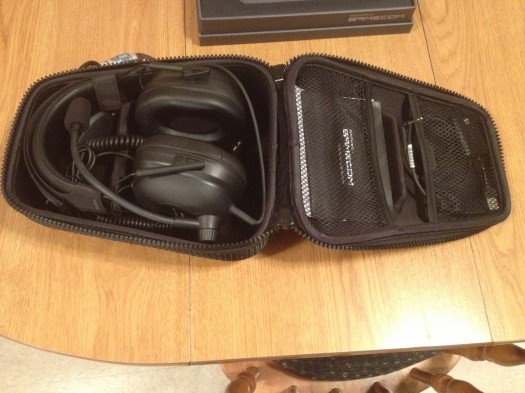 The GameCom Commander is massive, looking like something a helicopter pilot would wear. (The reason for this will be revealed in our future Plantronics interview from PAX East.) Despite its massive size the headset is very lightweight, so it can easily be carried around without any issue. On the left speaker is a number that's been etched in, which is the limited edition number that shows which of the 10,000 you got. The mic can be adjusted however you'd like, with no worries whatsoever regarding bending it too far back or too forward. (I can assure you I tested that quite a bit.) There's also a cool headband identity patch that can be changed with the power of velcro, with the option of contacting Plantronics of making a custom one for your gaming team or -- in my case -- website. 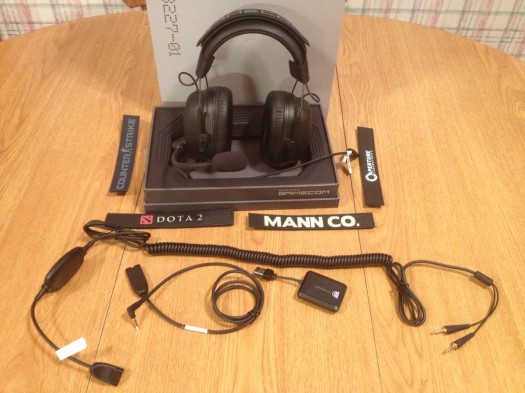 Putting together the GameCom Commander is very easy. The headset uses a clip system that lets you click into place whichever plug you want to use. Taking it off is just as easy, with a mere tug disconnecting the two parts. In order to put the Dolby USB connector in you simply plug in the audio/mic jack into the USB port. Make sure you flip the switch up so that the Dolby system turns on, in which case a blue light will shine if it does. You can then disassemble it, and place it all back into its travel case without any issue.

Wearing the Commander is very easy on the ears, with the speakers not pressing down on them and instead cupping around the lobes. The lightweight factor of the headset makes it feel like you're wearing nothing more than a big hat. The GameCom Commander doesn't push down, rather it feels more like a nice, snug hug around your head. With that being said, I did notice the headset would start getting a little loose about 20 minutes after I started wearing it, so hopefully in the next model Plantronics can add a sort of lock-in system to keep it in place during your entire gaming duration. 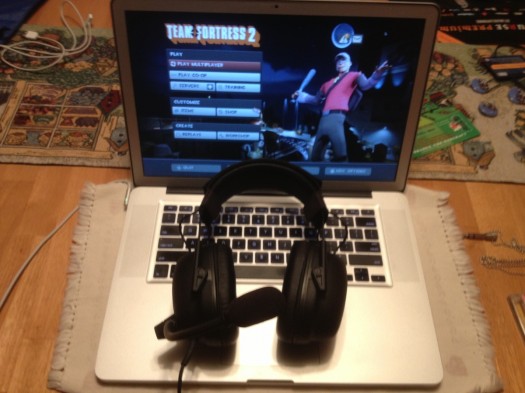 The first thing I tried out was the simple audio jack with my iPod. The noise-cancellation headphones muffles out a good amount of the outside sound, and while playing a little deadmau5 it blocked out a little bit more. After playing around in simple audio mode I then tested it out with Valve's Team Fortress 2 on my MacBook Pro. Easily I got lost during gameplay, as bullets, missiles, and screams for the medic felt like it was happening around me. I could also hear the other gamers loud and clear, which was both a blessing and a curse if you know a thing or two about gaming etiquette.

When it came to truly testing out its surround sound, there was only one thing to use in order to hear the best results: The Flaming Lips. With my copy of the surround sound version of Yoshimi Battles The Pink Robots I put the DVD-Audio into full blast mode. No lie: what followed was very trippy, as if the songs took a physical form and were spinning around me while it played. This was most evident in "Do You Realize??", which, according to the album linear notes, should not be played during driving, and after hearing it through the GameCom Commander I can totally understand why. It makes me wonder how The Dark Side of the Moon would play in these. 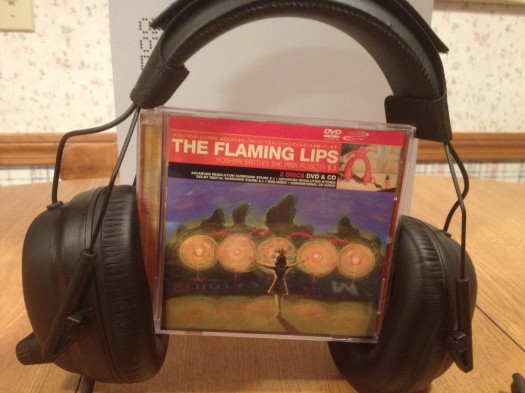 I first tested it out with was Audacity, the program I use to record our Podcast program. The results were shocking: the quality of the audio captured was just as good -- possibly better -- than the Blue Microphones Yeti that we currently use for our show. Quickly I jumped onto Skype and called one of our newest members to the Land of ESH team to test out the quality. According to him I was coming in loud and clear, with only a bit of background noise coming in faintly. After hearing how good the audio came out I would honestly like to see Plantronics try their hand in developing standard microphones in the future. I will definitely be using this headset from here on out whenever I'm either doing a show solo or if I'm calling in to guest on one of our many friends' programs.

GETTING WHAT YOU PAID FOR:

The GameCom Commander comes at a high price point: $299.99. It is a little bit steep for casual gamers, but for those who take their PC playtime seriously -- whether it's just with friends or in competition -- it is one of the best headsets you can possibly own. Its noise cancellation quality alone is perfect for live battles in front of the audience, as it will easily block out any distraction the crowd may give you and let you concentrate on taking down your enemies on the screen. What's more the audio and mic quality is one of the best you'll come across in any headset. 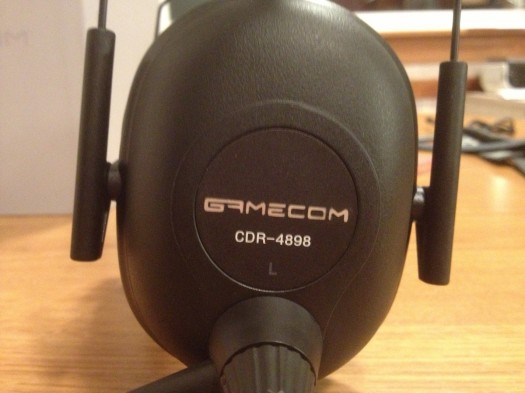 As of right now the GameCom Commander is just for PC/Mac gamers, a shame for those who mostly stick with console gaming. I've heard from some areas that you can use a Y-adapter to plug it into an Xbox 360, but until I hear that it 100% works I'm a bit skeptical. Hopefully Plantronics will release a console version of the Commander, as their current Xbox 360 and PS3 headset lineup is, in a blunt way, slim.

Plantronics' GameCom Commander is a winning headset at just about every corner. Great audio that makes you feel immersed in the game, clear mic quality that's perfect for chatting with fellow gamers or a simple Skype, and a comforting fit that doesn't feel like you're being weighted down makes this a headset a must for those who like to marathon through their titles with barely a break in-between. If all of this sounds enticing enough for you to grab your own pair, I suggest jumping on it as soon as you can. They don't called it a Limited Edition just for the hell of it, after all.