So if you're wondering what "BFE" means, it's Before First Encounter, meaning this is a prequel to the original game Serious Sam: First Encounter. With getting started it explains that the planet had run out of the fossil fuels. Somehow while digging out under the Egyptian Pyramids they had found an ancient energy source that was able to bring humanity back to where it was going. After the activation of this equipment it sends out a beacon that calls the alien enemy to earth, causing the earth to end up near-extinction and the aliens taking over most of the world. The humans believe if they can activate this time machine, they can send in Serious Sam to take care of the aliens. 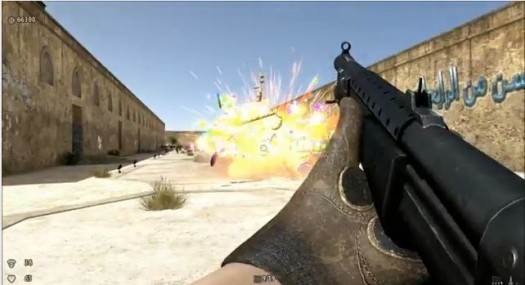 Serious Sam 3 is fun, but it's also a bit janky. What I mean to say there are some choppy parts in the game where you try to go to the next part, but it won't load. I've had a bit of issues with the moving on from checkpoint to checkpoint. After spending a lot of time trying to kill the monster that took over my helicopter, I found myself walking around for a bit until I finally hit the checkpoint that started the cinema for the next part. I'm not sure if that was the intention of the people who designed the game, because this game is like a retro update of Duke Nukem 3D (except much better graphics). 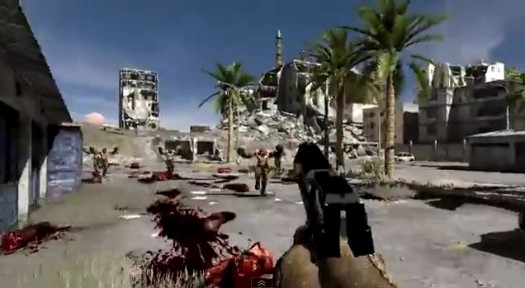 I really feel that this game was designed more on the aspect of playing on the computer instead of a console. I think that it's much easier on the keyboard and mouse setup to play this game, as I found it to be a pain in the ass to figure out the control scheme to switch between weapons. They do have a memory switch on them, so when you go between two weapons you just press Y and it will get you back to the other weapon. To pick the one you want you have to go through the D-pad, which makes it hard because the weaponry is like wrapped around that scheme, where it's not just up and down but on the diagonal part of the D-Pad. It does make it hard to try and grab the guns when these waves of aliens are coming at you, especially when the suicide bombers come after you. (I can't help but laugh when they come running at you. This is all you hear!) 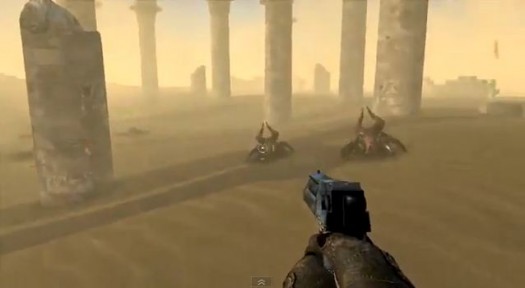 Serious Sam 3: BFE isn't a letdown, but it has been hard to gauge how to give the whole perspective of the game. It uses a lot of the same aliens with the same skins, and they seem to be on a direct path towards you. The other thing is with the aiming, where you basically have to point in the area of the aliens and hold the trigger down. It's really not too challenging when your using guns. Next to that you have to take into aspect the use of closed quarters weapons like the sledgehammer, which gives the game a good challenge. Melee is a good option, too, for closed quarters.

With that all said, I think what would be best is what suits you. If you go to the arcade on Xbox Live I say download it and give it a try, and if you feel it's worth it then put the money down for the whole game. With me I would have to take a look at the bank account and say, is this game worth it? In most places the game is worth it, but I have to leave this one up to you, readers.