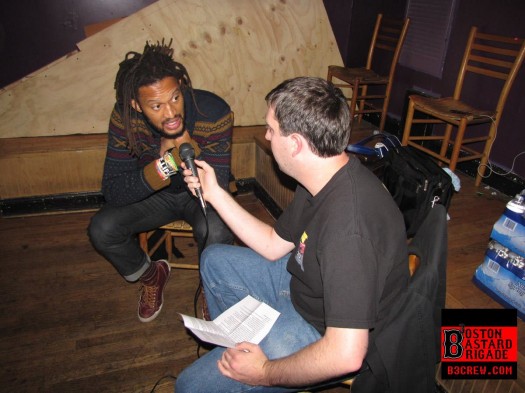 Hands in the air, Presidents and Prime Ministers! We've got one of the main vocalists from the Flobots guesting on another edition of One-On-One!

King Baby Duck sits down with Flobots' Brer Rabbit, as they chat about his and Johnny 5's comic book origins (including one hell of an X-Men analogy!), the evolution of the band, and the current political structure of the United States. Plus hear his thoughts on what he feels makes a standout show, his most favorite moment on the new album The Circle In The Square, and a special twist on Three Album Island featuring drummer Kenny Ortiz.

It's no quagmire, it's One-On-One: Brer Rabbit of Flobots!

Click here to check out Blueonic's photos from last Friday's Flobots show on the official B3 page!

Special thanks to Another Reybee Production, Inc. for making this interview happen!