HomeVideo GamesImprovements In New "Counter Strike" Are Only Seen Slightly

Improvements In New "Counter Strike" Are Only Seen Slightly

Improvements In New "Counter Strike" Are Only Seen Slightly 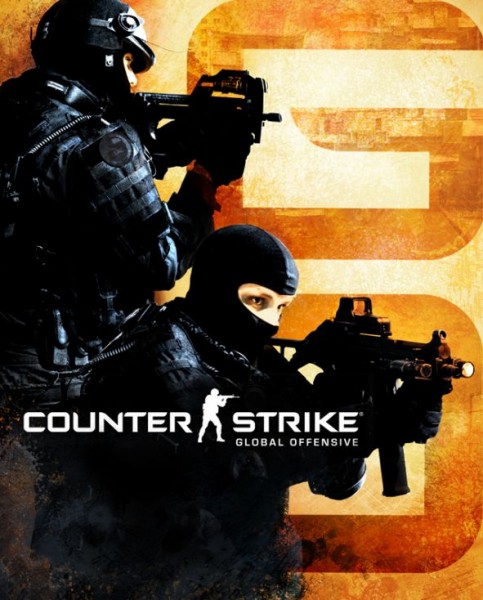 Okay, you know I like Counter Strike as much as the next first-person shooter gamer, but Global Offensive is basically a minor revamping to the other Counter Strike installments. Don't get me wrong: I love running around and laying waste to enemies, but I'm not sure if this is just another baby step taken by Valve.

With watching the video, it makes the game look even more interesting; almost like if I was watching that Deadliest Warrior episode with the SWAT vs. GSG9 or IRA vs. Taliban. However I feel with playing the new Counter Strike they have only done little tweaks here and there from the original game. They have upgraded the graphics, brought it onto the console, and have given and taken away certain attributes of the original title. Seeing that this game is originally PC-based they didn't do it that way. From my understanding they took it, developed it for the consoles, and then reversed to the PC (instead of the other way around). That sucks for the concept of the PC user, due to the fact they have different movement schemes and way more buttons to push then just any old game controller. 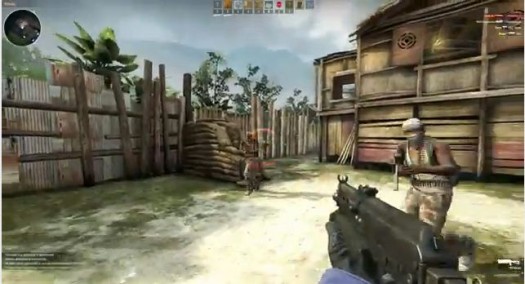 Let's start off with Arms Race, where you have to go through a round on a five-against-five setup on only two maps, which is a disappointment. However it's one hell of a challenge. The setup to have either five people or bots playing in one map is great, but the fun part of it all is that you start with submachine guns and work your way through the set gun list until you get to the golden knife, which if you can stab someone with it the round will automatically end. The fun part about Arms Race is trying to get the kills before the other people on your team, so you keep getting the edge on the weapons. Usually when I'm on this game I just simply wreck a lot of the competition, or get a good rival on so it makes it one great challenge. This may frustrate other people who haven't gotten used to play this style of game. It's almost like playing the old Quake, but in a less bunny hopping around the whole map in two seconds deal sort of way. If you decide to hop or -- as I like to call it-- Halo jump you lose a lot of accuracy, so it's better to be crouched or standing to take out opponents. 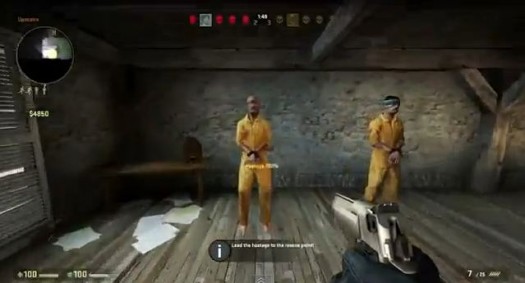 Another game mode is Demolition, where they have terrorists run to plant a bomb at a specific site, and the Counter-Terrorists have to take out all of the terrorists before the bomb's placed or defuse the bomb to win. Next to that there is just Classic Casual, which has the Demolition and Hostage Rescue for this mode. They have it set at best-of-ten rounds, and friendly fire is off so your teammates can't kill you. Just remember: when you go into the custom matchmaking, be sure to switch the map selection after choosing.  Finally there is Classic Competitive, which has no big differences besides friendly fire being on and it now being a best-of-thirty rounds. 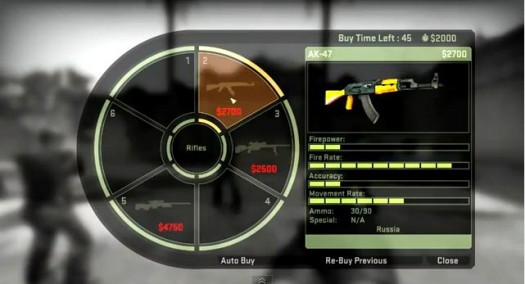 Besides the new Arms Race add-on, I don't really see any new maps they put on. Basically they polished this game and slapped it on the system to keep the game's name alive. This gives me a bit of hope that Valve may have put this franchise on the back burner, bur has some plans in the future for it to be another ultimate game to build off of. I'm not sure how you can change the simplicity of this game to make it that more amazing, but I feel this is a nostalgic throwback to about twelve years ago when the game originally came out. 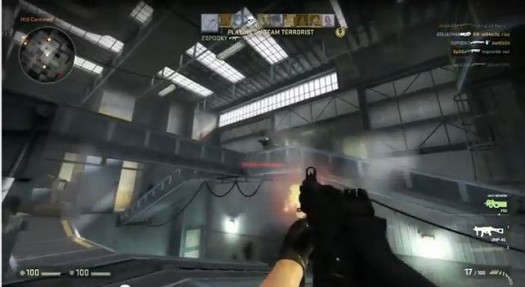 This also makes me believe that whenever they come out with the next installment of Half-Life it will be a bit better. When the first one came out it had these games as attachments, such as Team Fortress Classic, Counter Strike, Blue Shift, and all the other goodies they gave us. The issue that I have with Valve is that they haven't done any real updates that I've seen for the console version Orange Box. I know they have come out with a ton of updates on Steam, but they have not done it for the Xbox 360 or PS3. It makes me think they have neglected the console realm, but I have not lost hope for Steam to help out, even though it's not usually one of their first go-to places to release a game. 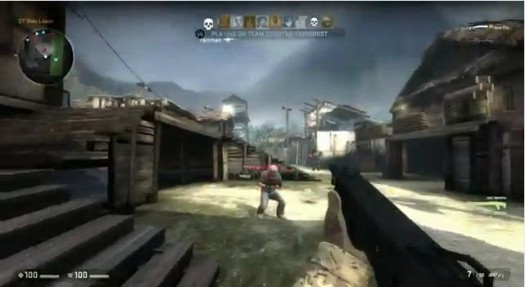 All in all I think Counter Strike: Global Offensive is a great throwback to the original. It's all polished up and ready to go, but I'm not expecting any great leaps and bounds with this game regarding updates and the such. It's just a way to hop on a game, relieve some stress, and leave it at that. This game has a high replay value due to the competitiveness of the game from the past twelve years, acting like one of those time vampires in a similar vein to World of Warcraft. Still I love playing Counter Strike, especially now with the Arms Race as I seem to be really good at laying waste to people and winning a few rounds in a row. If you got a couple Xbox Live/PSN points I say go for it. Have some fun, damn it, and that's an order!!! 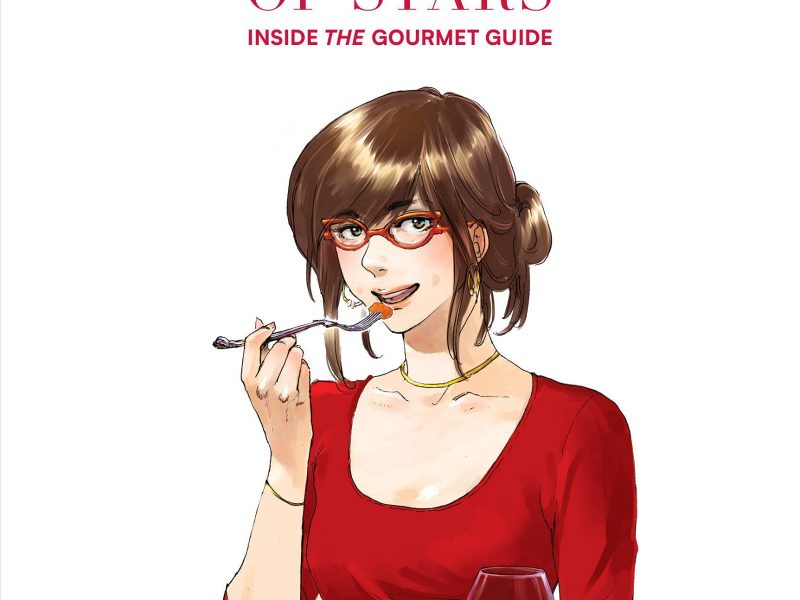 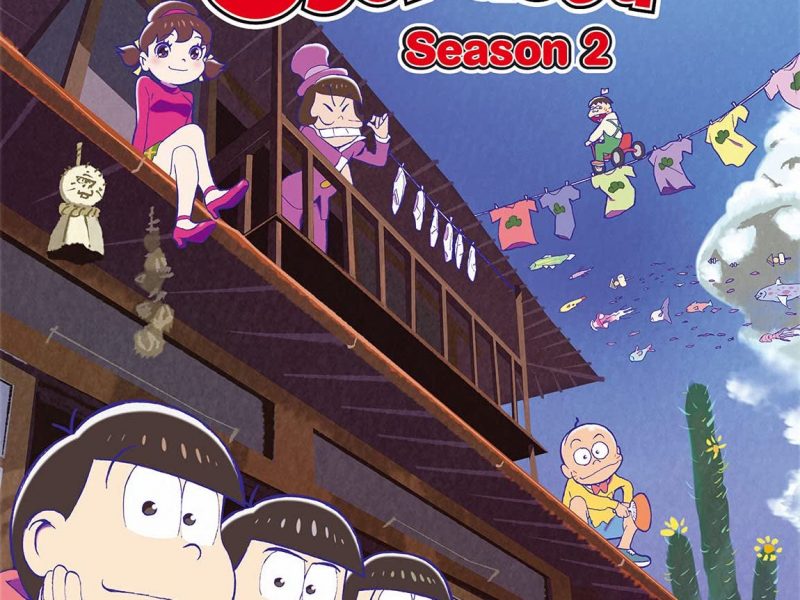