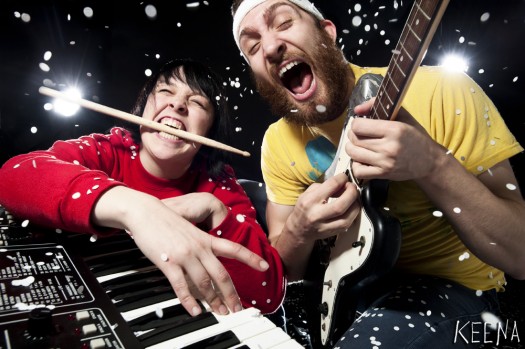 After witnessing Math The Band at the Peelander-Z show a couple weeks ago, King Baby Duck made it his mission to sit down and interview them. Thankfully, the mission was a success!

In another episode of One-On-One KBD sits down with the Providence-based band, as they chat about their origins, Kevin's preference for cartridge gaming, and getting physical before and during a tour. Plus hear how they approached their new album Get Real (and the nightmare of having to start from scratch after an unfortunate incident), the plans to do a video for each song on the album, and their picks for our Three Album Island segment!

It's time to get real! It's One-On-One: Math The Band!

Episode CLVIII: Official Cause Of...