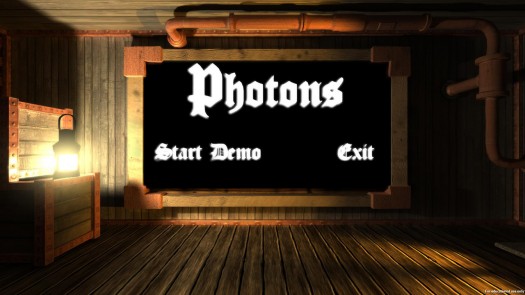 Before I interviewed Electric Coffee Games' Ben Shippee, I sat down and gave a go of their first title Photons, a game that is only two months into the making of it and already had previews in a French competition!

Getting to sit down to the game I wasn't sure what to expect besides what I had read about it being a first-person puzzle game. From playing Photons it has a very steampunk feel to it. Seeing that this game has only been put together from hard work and a lot of coffee in a two-month span I am very impressed with the graphics and sound that is added to it. Shippee stated to us that him and Jared Zondler decided to go in on the game for a competition that was being held in France, which was very liked over there. 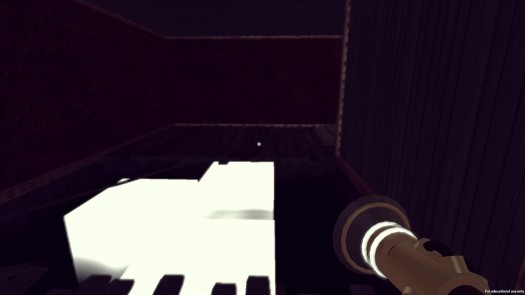 From the actual gameplay your interaction weapon is a flashlight that can switch between both regular light and black/UV light. The reason for the light is you need to use it to interact with certain objects. You can jump onto these objects, and use them to push you or put things in place so that you can jump to make it easier to get to the next level. The first part is obtaining the flashlight, and then you investigate by reading books and finding hidden paint on the walls that can only be seen when the UV light hits it. Some of the stuff is messages on the wall with threats, or it's a letter so that you can put it into a tumble lock to get to the next level.

In the next level it got to another place where you were able to jump onto a platform and use the flashlight to raise you up. Next you had to use another platform to create bridge-like walkway. Then, from the ceiling, you use another step to get you to the next place. I was really impressed with it because the flashlight can run out of energy, so you have to be careful with that setup. You also have to make sure you're at the right distance, because you know how a flashlight only has so much of a reach. With Photons you have to plan wisely, and also have to figure out if you'd rather turn the light on in a dark room or let the evil thing pass by. 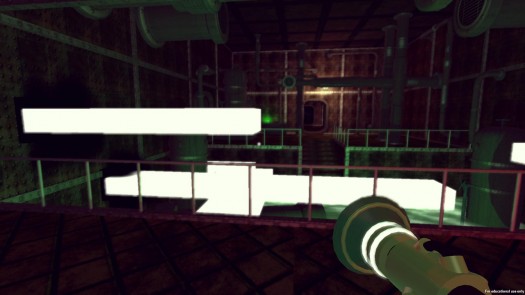 All in all Electric Coffee Games have impressed me with their setup of Photons. As of right now it's still in a "work in progress" mode, but you will be able to try it out by October/November at the latest. You can hear the interview I did with Shippee on tomorrow's special Boston FIG Podcast episode, but for now I urge you to check out their website for more info!