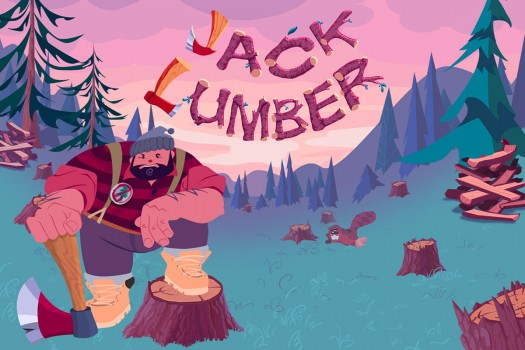 Trees are evil, and Owlchemy Labs wants to help you destroy them!

In their new game Jack Lumber (available now on iOS) you play at the title character as you chop up those wooden blocks of destruction. Jack has a personal vendetta against the likes of those Redwoods and Spruces: a tree killed his grandma, running away from the scene as he screamed for vengeance.

Jack Lumber is set up similar to that of Fruit Ninja: you slice up the blocks of wood with your finger as they are thrown up onto the screen. However there are many differences between the two games. Here in Jack Lumber you need to slice with the grain in order to chop the wood into tiny pieces. You also pause time at a proper moment, and are given a specific time limit to chop up all the pieces of wood. Just make sure not to lift your finger, or else the time limit ends. Don't slice the animals, either, even if it looks enticing.

There are different shapes and styles of the wood that you need to cut though, as well. Case in point there is a kind of wood that is shaped like an L, so you need to drag your finger along with it in order to slice it. Some wood needs to be cut through a few times to fully chop it, while other kinds might have a frozen block of ice surrounding it that needs to be fully picked at before being destroyed. Fortunately there are also some styles of wood that will help with your gameplay, such as kinds that will slow down the time limit and even hunks of maple syrup to get the wood all sticky. 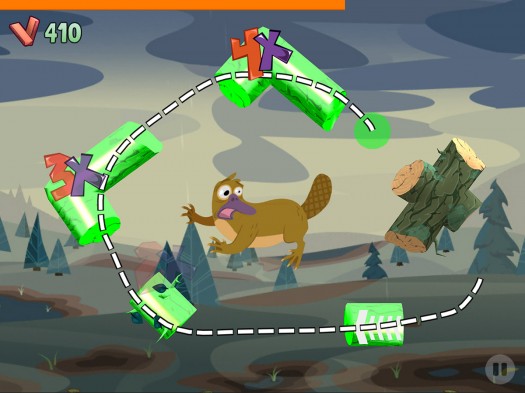 After playing the ten-minute demo I can see that  Jack Lumber looks to be a fun title that's anything but wooden. Filled to the brim with hilarity and tons of things that tree-haters love Jack Lumber will give iPhone and iPad owners many hours of brawny gameplay and rugged excitement. Just be sure to get your flannel on before going through that wicked forest!

Going Modern On Shakespeare With &...