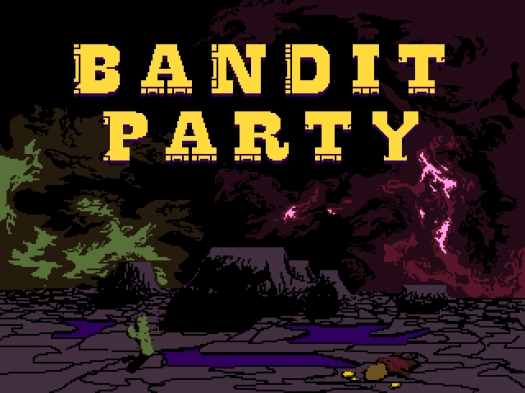 Super Ghosts' four-person co-op title Bandit Party came out of left field from my perspective. It looks like something from the Atari 2600, but its crazy gameplay style feels wildly fresh.

The premise of Bandit Party is simple: kill those that wish to kill you, and take the gold they leave behind. If you die, you will be respawned as a zombie that can attack the other players. The most gold at the end of the level (or the last one standing) is deemed the winner. 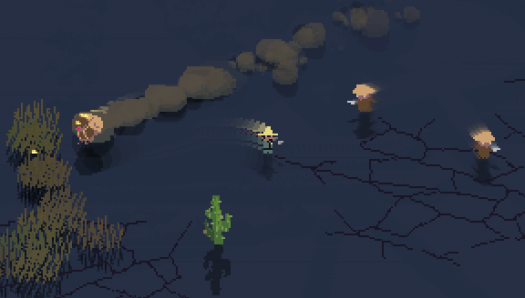 Bandit Party's controls are limited. You can only shoot horizontally, but fortunately so do the ones that want you dead. The graphics and colors are very linear, but it captures a sort of look that not even games that take a nod to the past seem to revisit. However what the game lacks visually is made up in the actual gameplay itself.

Playing Bandit Party will make you start feeling very competitive. I played this with one of the developers from Super Ghosts, and at first I wasn't really feeling what this game was bringing to the table. Almost 15 minutes and multiple matches later I wanted to play more. It's fast-paced, challenging, and above all fun. Add in the Duel mode game, where players have to defeat one another until only one person is left standing, and you've got yourself a massively competitive title.

Super Ghosts hopes to launch Bandit Party sometime either late this year or early next year under the Xbox Live Indie Games section. I wasn't too sure what to make of this game when I first saw it, but fortunately after one playthrough I was hooked. Expect many similar reactions when Bandit Party is unleashed to the world very soon.

For more information on Bandit Party, visit the official website!