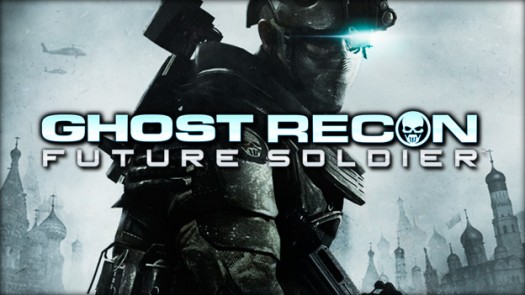 The wait is finally over, and believe me my patience was wearing wicked thin (yes Bostonian accent applied). Ghost Recon: Future Solider is a game I have been waiting for  this game since seeing the first video in 2010. My official word: the wait was worth it.

Above is the original trailer that got me hooked on waiting for this game to come out, although there are a few discrepancies from the actual trailer that they neglected to put in the game itself. The first bad guy you see in the video was not in the game at all, along with the civil unrest in Moscow. Another part from the video there are the advanced soldiers (or Spetsnaz) on the Russian side that have somehow got a hold of the equipment that the Ghost Recon members have, but it is not shown in the video. Next to that there was only one level where you used a U.G.V. (Unmanned Ground Vehicle).  Also at the end of the video is the special pack they have to blow up the tanks. Sorry to say there were really no tanks that were too seriously involved in the game. The ones I really dealt with were the crappy small trucks with 50 cal machine guns, which were easily taken out by shooting the guy at the gun or grenading the vehicle. There were a couple of the Russian vehicles that resembles out Humvees that were so much fun to blow up, though. 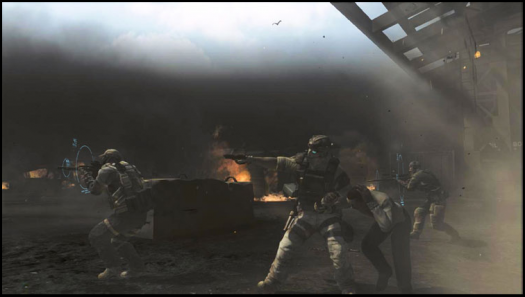 Honestly I have to say that the game storyline was a bit too average for my taste. Future Soldier starts out in South America where the group of Ghost Recon members take out a convoy that holds a nuclear bomb from none other than the U.S.S.R. With the search of the device a cell phone rings, and they find out it's attached to the bomb. They run off trying to escape, but sadly the recon group was killed. It now turns to your groups of Ghost Recon members, where your first mission has you extracting a deserting member of the group transporting the unsavory cargo. 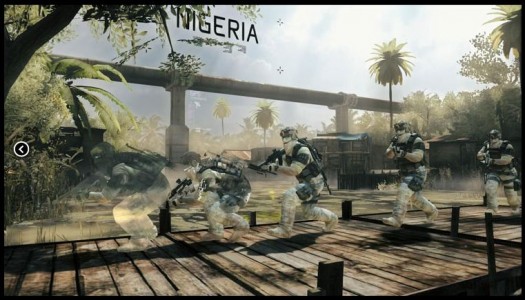 Yes, this is the awesome camouflage they put in the game.

Once your through that section of the game it sends you over to Africa, where you deal with the warlords and find out what their involvement is. It leads you right up to Russia itself, due to the fact there is a underground military group they run called the Bodark. Their main concept was trying to get a nuke into America and cause havoc, but not only that they are working on throwing their own Russian Government.

In the game the Russian leader takes to the street so the Russian public stands with him, which I have to say was very interesting because you got to fight from skyscraper to skyscraper to stop snipers from shooting down on him. As it goes on you have to find the original members who plotted the coup in the first place. It seemed it was not as climactic as it could of been, but all in all the story line was done pretty well. It's still not my favorite of all time, but I do have to say that the way Future Soldier is played from the third-person over-the-shoulder view to being able to go into a first-person was a nice touch. 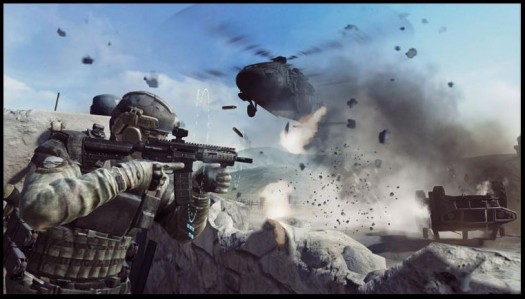 As the missions go on you're able to start accessing better equipment such as the see-through camouflage. The most awesome thing, however is the gunsmith (see video below), where they have 50+ guns to customize the living hell out of. I don't mean how you customize in Call of Duty or Battlefield. Ghost Recon was able to on up on the customization.

You're able to change the paint scheme on the side of the gun, along with its magazine (such as high powered rounds), optics (aka scopes), Triggers (change triggers from semi auto, three-shot burst, full auto and match triggers), under barrel (grenade launchers, handles, even stun guns), gas systems (changing the gas system can help change rate of fire), side rail (lasers mostly), barrel (Length difference for maneuverability or range), muzzle (helps with recoil or other wise your suppressor attachment), and stock. Along with that another very cool setup they put into the game is Synchronized Shooting. This gives you the option to drop up to four different people at a time just by marking the enemies and waiting for your fellow members to put a line of site on them. One other very cool thing is the U.A.V. setup they have made, where this little bugger just doesnt just fly, it can also ride around the ground on its wheels and do a lot of damage to a group of guys or certain electronics with it's EMP generator.

Ghost Recon: Future Soldier has a great setup that gives you both sides of the ordeal. You have Team Ghost and Team Bodark, with each side starting out with three main members: Scout, Engineer, and Rifleman. There are three other characters that can be earned after reaching level 50 on three different setups, so more or less it's Ghost Recon's way of prestiging. I have yet to do this because of playing multiple games and other fun stuff going on, but it's an awesome setup on either side. Gunsmith I say is one big factor you have to keep in play, because if you go in with just the normal guns without the proper points to upgrade, you'll be flat on your ass with your head spinning going "What the f**k just happened to me?!" 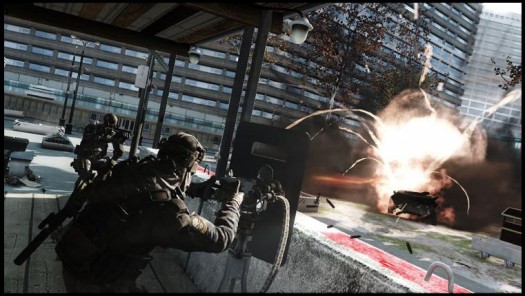 The game types you have for multiplayer consist of Conflict (completing objectives randomly located on the map to gain points), Decoy (three objectives for the team, where one key and two decoy traps make it harder for you to capture the devices), Saboteur (where a bomb is located in the central most part of the map, and the teams have to get the bomb to the enemy's base to detonate the bomb), and Siege (no respawns, defenders deploy near the objectives and attackers have to take out the enemy to obtain the objective). My suggestion for playing online is to not go in gung ho on everything and try to use your sensors to locate the enemy. It's also not a bad idea to have a taser so you can knock down your enemy and hack their feed to find the other enemies' location. Stay alive as long as possible so that your teammates can see where the enemy is to take them out. One negative to multiplayer is playing online at night, where for some reason everytime I play late I get my ass handed to me. No, not because I'm tired, but the guys that have been playing since day one come on and beat the living hell out of everyone in one second. Sometimes it's just not fair in that matter, but when you play on a regular time of the day it's still got its challenges (an even keel, as it were). 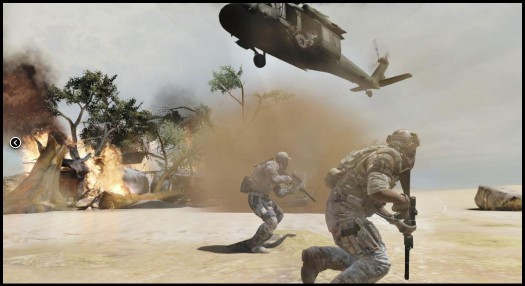 I still love Future Soldier, and I find myself still replaying the storyline with friends to help them out, even though the story is subpar to what I think Tom Clancy could've really put into this story (but that's just an "oh well" on my part). Mostly everyone plays games for the multiplayer aspect anyways these days. I feel that the Gunsmith setup has been something that's been needed in gun games for awhile, where you can get a little bit more intimate with your weapon and make it more advanced for the situations you find yourself in. I have to give it to Ubisoft for putting the time and effort into this game because it's come out very well. The game design has created another step up for the other companies to outdo Ghost Recon so that we can play even more advanced games. Although I can't comment on the aspect of the Kinect part of the game, but dealing with the Gunsmith aspect to use your body in the game seems like an awesome idea, and maybe the step forward to having the gaming room like the kid in that movie Gamer. All in all I love Ghost Recon: Future Soldier, and it does have a lot of replay value to it. Give it a try!

Here is the awesome live-action Ghost Recon Alpha mini-movie prequel to the actual game. Here is more info on the video.

The one actor I liked the most in Ghost Recon Alpha is Mark Ivanir, who I feel is a great actor, as I loved his role in Undisputed 2 and 3. He's been in so many good movies, along with done voice acting for multiple video games. That's another thing I like about video games is they can bring in the actors from movies and use their skills to bring more to the game. Sadly Mark's voice wasn't used in the game.

One of the most interesting equipments setups you can have in multiplayer is under Scout, which has the Taser Shockwave (look under stun in the equipment/video above to see what it does). This has to be one of the scariest things ever since the concept of vollying in the times of muskets. Taser Shockwave has developed multiple tasers to be shot off all at once to take down unruly crowds or rioters. Just hope you never get into a riot where your local police department has one of these, or else you're going to have one hell of a day.